What does it mean for a caliber to be flat shooting?

Certain calibers such as the 300 Winchester Magnum are often called flat shooting.

What does that mean and why would a hunter care that the caliber is flat shooting when selecting a rifle to go hunting with? 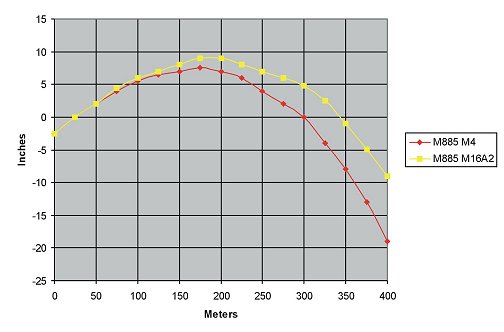 Cartridges that are regarded as flatter shooting have one or both of two things going for them, they are traveling at a much higher velocity to start with and or have a better ballistic coefficient resulting in less drag.

The reason that this matters is that with a flatter shooting cartridge you don't have to get the range to the animal as accurately because the bullet is dropping less. This leads to the concept of point-blank-range as fully explained here

3
What is a cartridge’s point-blank-range?
3
Is 30-06 too high caliber for hunting wild boar?

4
Would a scope from an air gun work on a "real" gun?
8
What are the relative advantages of .308 and .30-06
9
What is a "shooting jacket"?
11
What is an appropriate caliber for hunting mule deer?
7
What are the reasons for prohibiting bow hunting in many countries?
13
Why would archery season be either before or after rifle season?
6
Is a .22 air-rifle powerful enough for a clean kill of a rabbit?
0
What are the pros and cons of first vs second focal plane rifle scopes?
3
What is the advantage of a fluted barrel on a hunting rifle?
3
What is a cartridge’s point-blank-range?