How can I tell if there's a camouflaged octopus in a coral reef, so I can keep from disturbing it?

This question is based on my desire to avoid disturbing, injuring, or scaring away an octopus which is camouflaged to look like a coral reef. Since it's so difficult to see, I'd like to know how to tell where it is! Corals are sensitive animals and easily killed, so purposely touching them is not an option.

Octopus behaviors are similar across the species, so the question isn't just about the one I'm describing, and all answers are welcome!

One species of Caribbean reef octopus is mainly bright blue with a bit of brown on the head. (The blue glows in the dark!) Like other octopus they completely camouflage themselves to blend in with the coral in the reef. It's so vital to their survival that if they move to a different colored location, they change their colors to match.

The Caribbean reef octopus is an absolute master of disguise and one of the most intelligent known invertebrates. Individuals of this species can completely change their color from one moment to the next using specialized color cells called chromatophores. In doing so, they often perfectly blend with their surroundings, even when settled on a surface with multiple colors. They also have such amazing control of their skin and muscles that they can match the texture of their surroundings as well. A camouflaged Caribbean reef octopus can be nearly impossible to see. (Emphasis mine.)
Source

The life of a Caribbean reef ends with reproduction. The male dies shortly after mating. The camouflaged female burrows in and incubates up to 1,000 eggs without leaving them or eating. After they hatch and thrive on their own, she dies.

I'm always concerned about protecting the octopus from people, but especially during incubation. Scaring the mom away risks eliminating the next generation. Scientists agree we can cause an octopus (either gender) to leave its burrow.

These animals present little danger to humans, and they will generally flee from a location if a human diver gets too close. Source

If I were to scuba dive responsibly near a coral reef, as a spectator or scientist, how would I tell if an octopus is in there? As I said, purposely touching the coral isn't an option.

Do they perhaps emit a smell? Can you tell by which fish are nearby, potentially for food? What about the depth or temperature of the water? Is it something else?

To illustrate the process of a camouflaged Caribbean reef octopus emerging from its hiding place in the coral, I've taken still pictures from this 25 seconds long YouTube video.

Beginning of video, no obvious evidence of octopus: 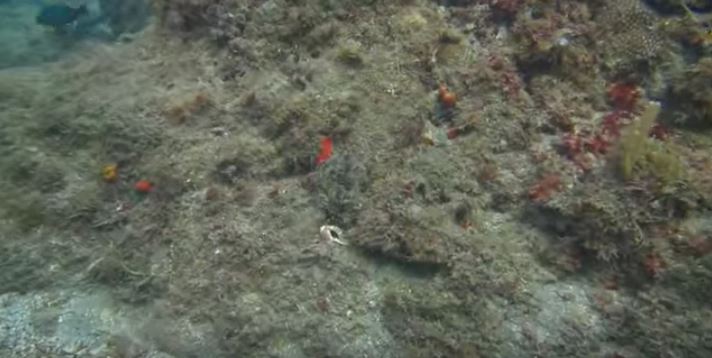 End of .04 seconds, just beginning to see it: 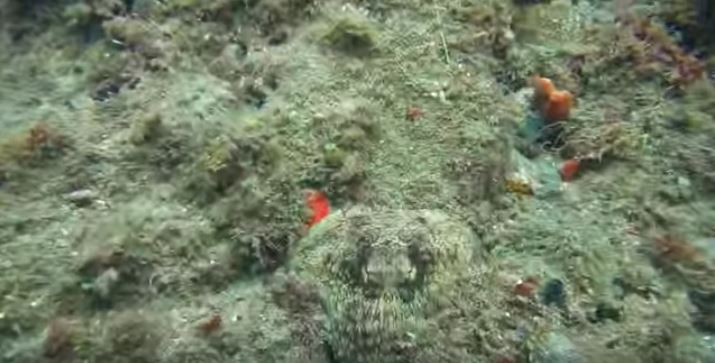 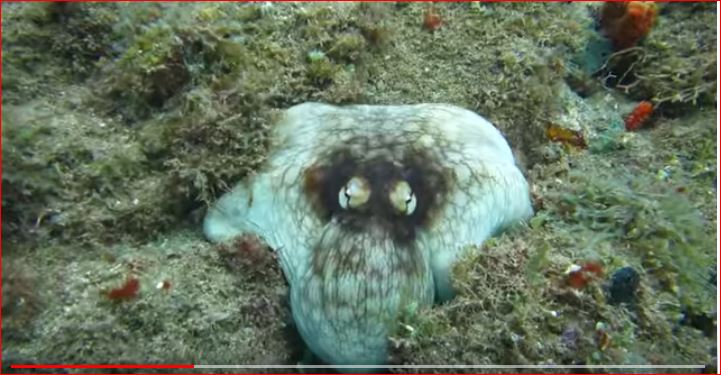 End of .12 seconds, body farther out: 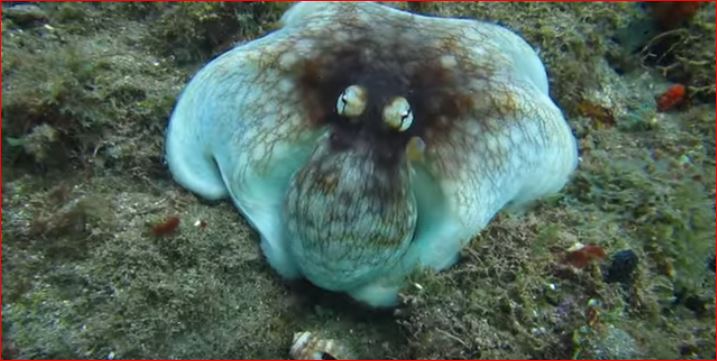 End of.24 seconds, octopus fully out: 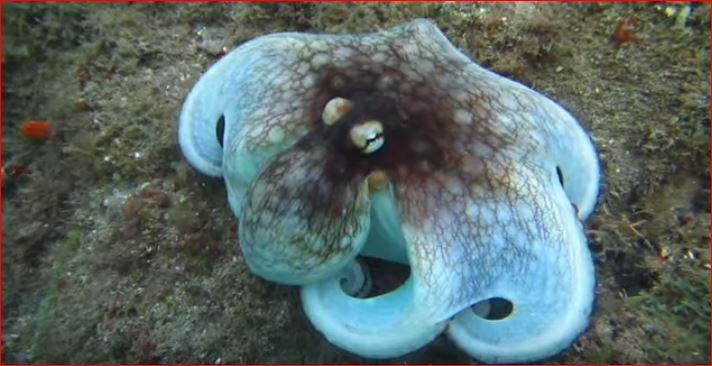 When building their nest, octopus usually place some kind of shiny object at the entrance to find the place back if they leave. They probably don't for their eggs, as they don't leave them, but you never know.

In any case, the best way to ensure you won't disturb them is to keep your distance from reefs, so that you don't scare them.

Another thing to be carefull for, and most divers completely disregard, is the water flux created by your fins. This flux can be powerfull, removing little organisms (algaes and crustaceans) that were holding onto the rock. I believe it is strong enough to force an octopus to move, even to damage the eggs if applied directly.

Not the answer you're looking for? Browse other questions tagged animals animal-behaviour sea scuba-diving conservation or ask your own question.

12
How can I prevent animals from marking my camp as their territory?
11
Can you tell the gender of a chipmunk from a distance?
13
How can I tell if a opossum is truly dead?
9
How can I stop my scuba mask from pulling away from my face after equalizing?
7
How can I keep outdoor critters outdoors?
4
How can I tell if there's a living snail in the shell, without picking it up?
10
How to keep away animals from my camp without setting a fire?
6
Do chipmunks hibernate in woodpiles, and, if so, how do I avoid disturbing them when taking wood from the pile?