What conditions would lead to lake ice being extremely clear?

There is a video where a couple of people are walking on extremely clear lake ice. 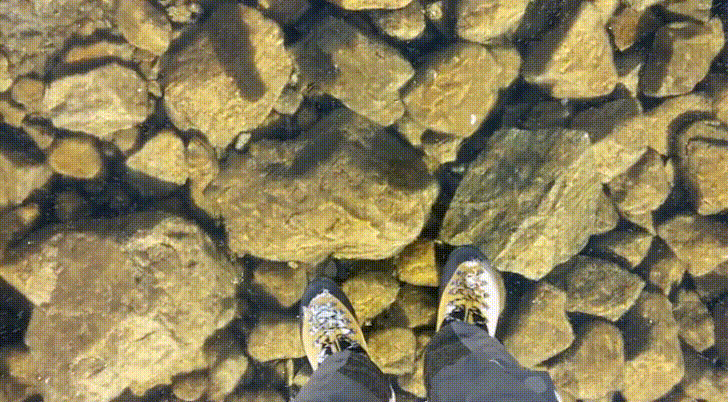 Usually, lake ice is far less clear, what conditions on this lake would lead to the unusual clarity?

Conditions that can lead to clear ice such as this are:

The primary occluding agent is air bubbles that separate from the water as ice forms.

You can get clear ice cubes for drinks by heating the water first to expel most of the air before you freeze it.

Water that freezes slowly allows more time for air to move out of the way. A small current that move air bubbles along will allow small bubbles to be herded along and the area that is left behind will 'catch up'

I have seen clear ice on the Red River north of Winnipeg. The Red is normally a silty river, but the much slower current in winter, with no wind disturbance once an initial layer of ice formed allowed the silt to settle.

Through the thick ice we could see occasional large (several inches across) bubbles where 'riverbed farts' got trapped under the ice. Twice I saw large carp swimming several feet down.