What are the four climbing knots used by Jim Bridwell?

Jim Bridwell, one of the most experienced climbers in the history of the sport, uses only four knots for any and all climbing situations. Better to learn a few knots well, than a multitude of knots poorly.

It then goes on to describe 6 different knots. Which are the 4 that Bridwell used? Is there really a set of 4 that work in every situation?

But is there really a set of 4 that work in every situation?

I'm a reasonably experienced climber (I currently lead HVS outdoors, about 6b indoors/sport), I can tie 7 knots (counting 3 variations on the figure eight as one) (from memory anyway). This covers pretty much every situation I've ever encountered. The knots I know are:

With these knots you should be able to cover every situation you need, from hauling to setting up a belay. Here's some of them (clove hitch,figure eight and double overhand(stopper)) in action: 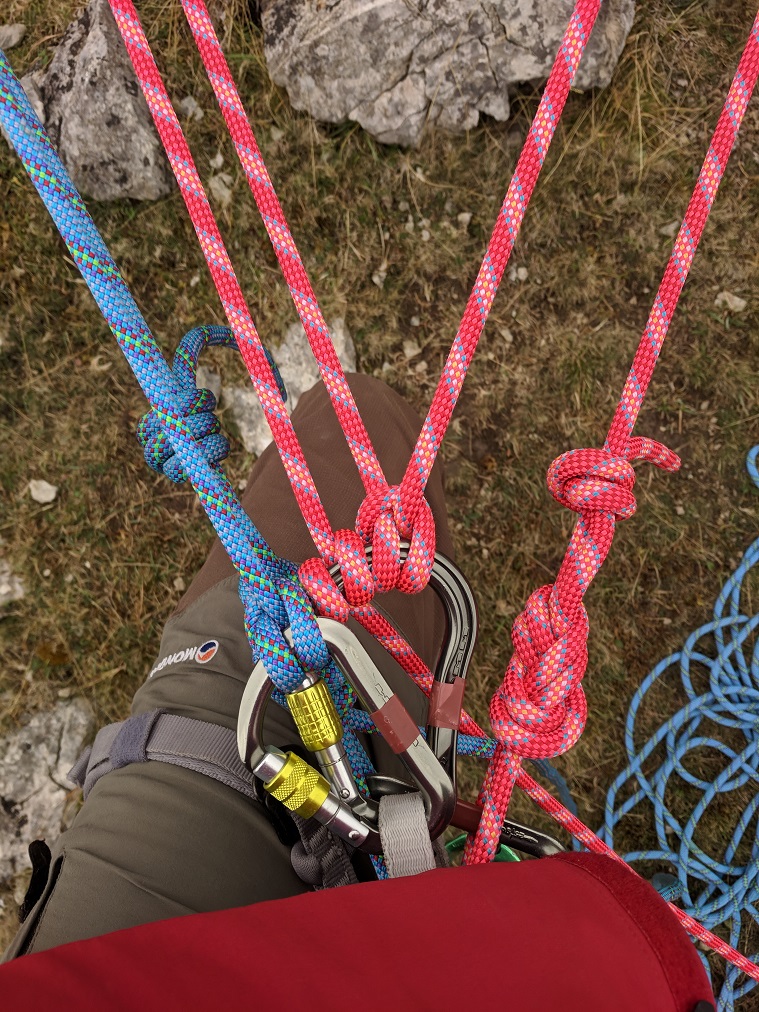 Can anyone spot the mistake in the above photo? I posted this photo on Facebook and a climbing instructor friend pulled me up on it! Said it's safe but could be safer.

I doubt he only knew 4 knots. Looking at online photos, is difficult, but in this photo 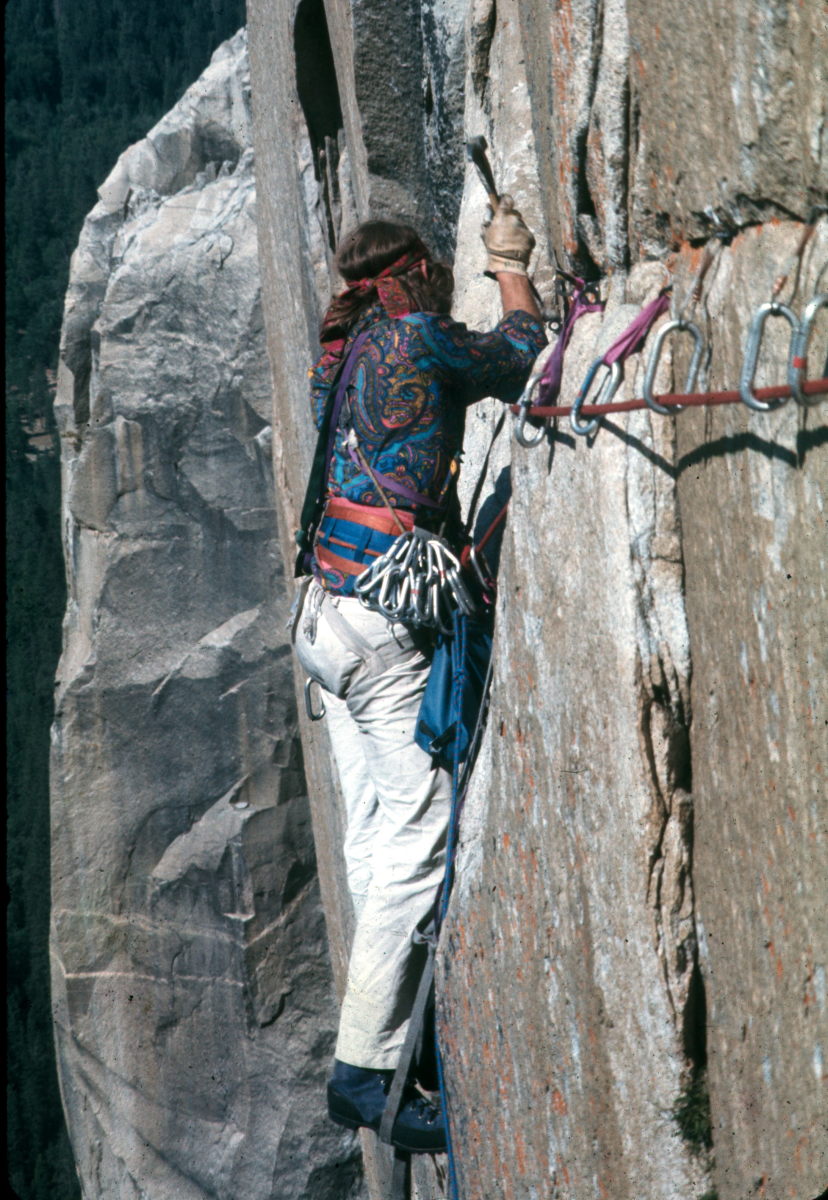 I think I can see a double fisherman's on the cord on the back of his harness, a figure eight on a bight on the blue haul line, a girth hitch on the last pin and possibly a water knot. I have also found pictures of him at an anchor with a bunch of clove hitches, but it is unclear who tied them. Maybe he never used them, but I doubt that.

I would also expect him to know the Prussik, or some other friction knot for hauling and a Munter hitch for belaying, but cannot find them in photos. He probably also knew a square knot (and hence a granny knot) as well as a simple overhand knot for backing up his eight on a bight, because most people know these knots. Finally, even if he used a swami belt, I would be surprised if he couldn't tie a bowline on a coil.

This is still a relatively small number of knots.

7
What is wrong with this belay setup?

65
What are good knots to know for camping and backpacking?
9
What are different knots named in English?
12
Are used climbing shoes safe?
11
"Must Have" in a starter Trad Rack
15
Why are eye friction hitches not commonly used in rock climbing?
11
Which bends are binding knots?
10
Which type of rope is to be used to practice knots?
6
The dangers of simul-rappelling
18
Crevasse rescue with knots in the rope
4
What's a good resource for learning to tie knots for climbing?