What is this square plastic thing with small black flat glass marbles in the Uintas?

On top of one of the peaks in the Uinta mountain range I found this plastic thing with small black flat glass marbles in it. It was several feet long and there were small holes underneath of the flat marbles. 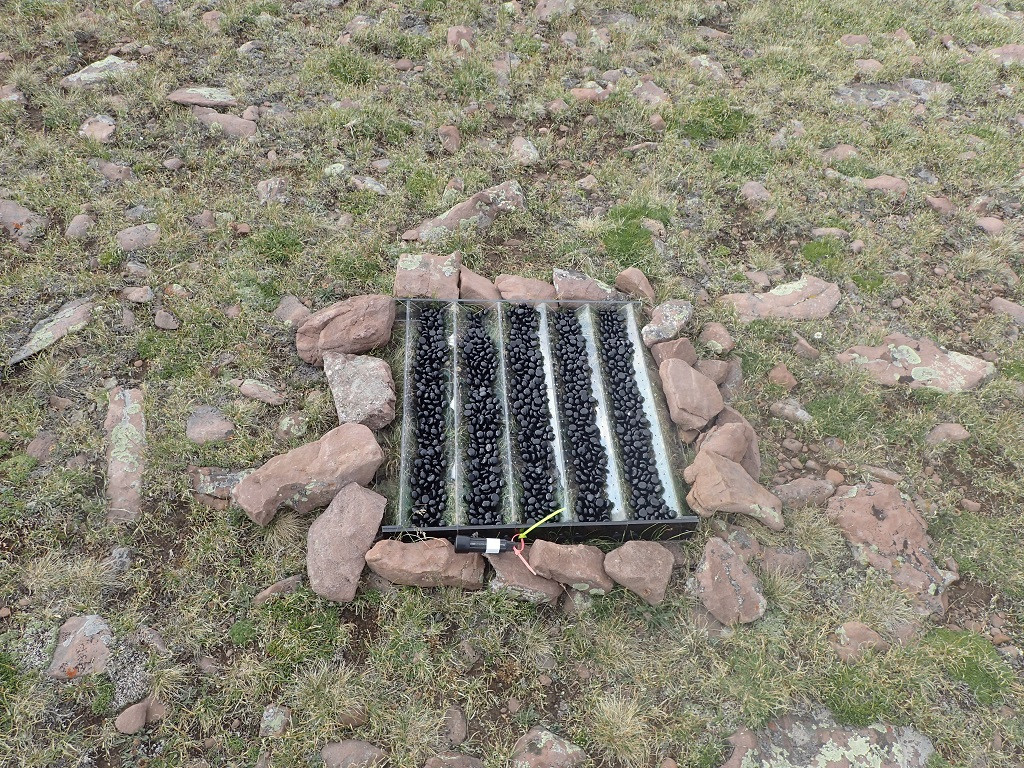 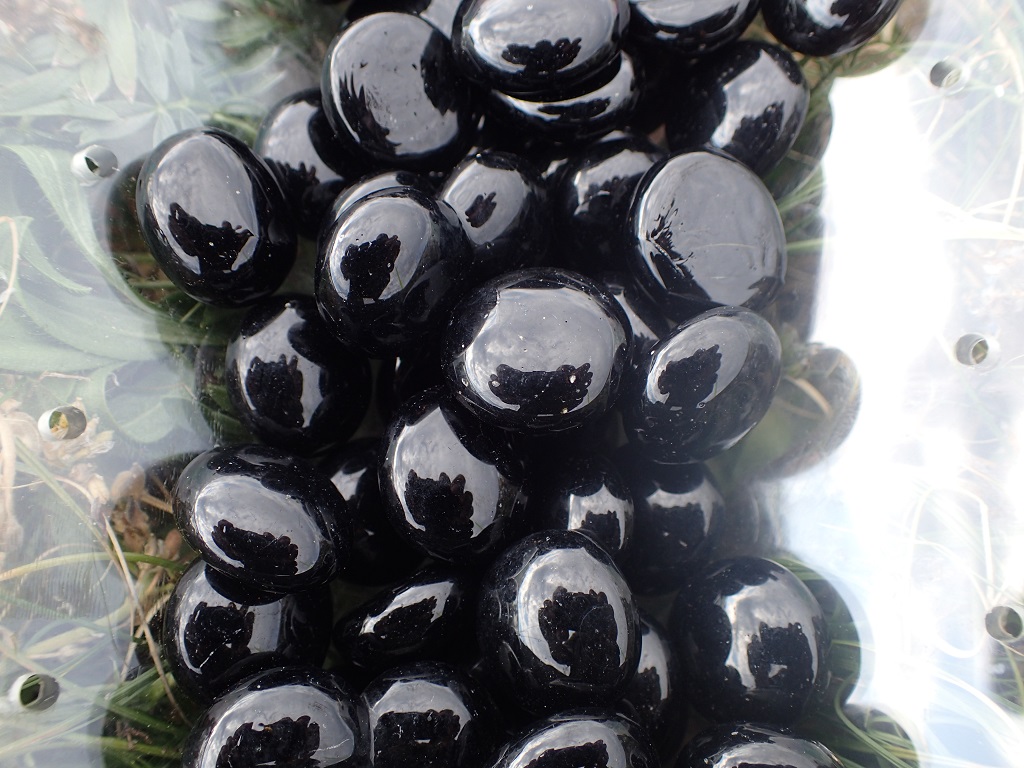 The plastic holder had holes below and it had a temperature reader attached. 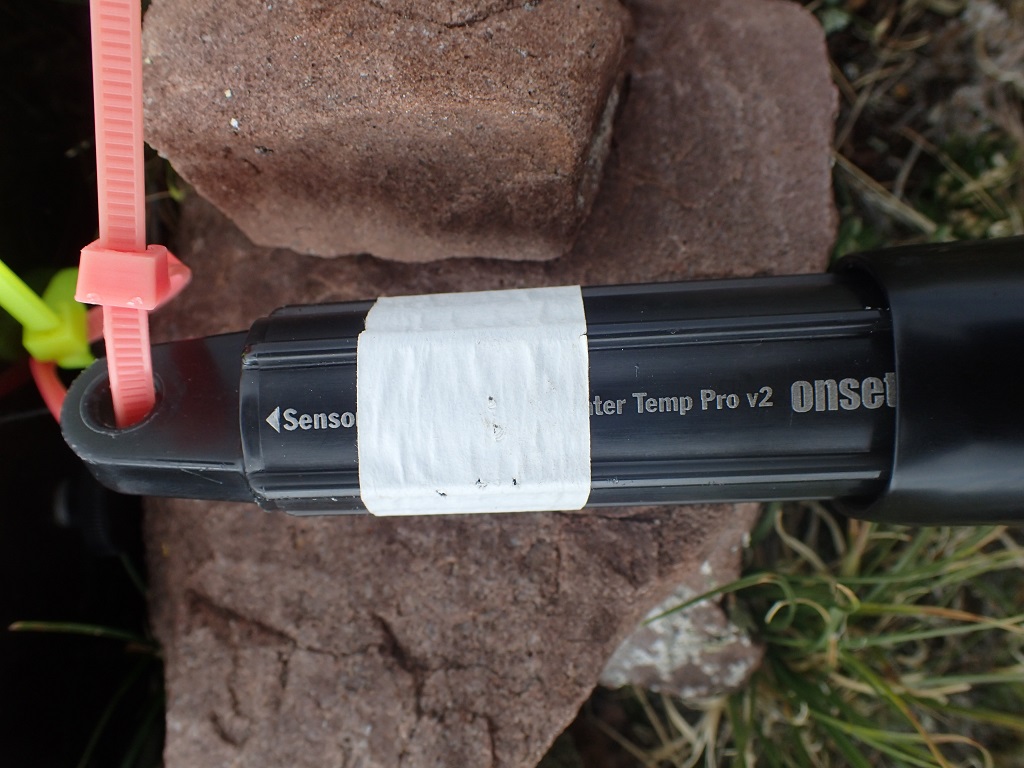 What exactly is this thing for?

Without having more info on the specific parameters of the study, it's hard to know exactly what they were looking for.

Either water or snowpack characterization might be very likely subjects. I'm wondering if they used black pebbles specifically because they are black, which would suggest their ability to gain heat is important. Or maybe it's not relevant at all and only their smooth polished surface was important (which would make sense since high gloss reflects a little more than if it was matte).

The Onset HOBO unit is self contained and might be intended to be used where it's located, as an air temp sensor, or it was attached so it doesn't get lost until readings need to be done in the pebbly troughs. The battery life on those things is 6 years, so it might be recording data continuously even when unattended. Air temperatures might be relevant if the study is on air pollutants (traces of which could be detected in rainfall or snowpack).

If the study is about analyzing particulates, the pebbles in the troughs might be used to shelter the water from being blown away by the wind or to slow down the evaporation process from sunlight. The pebbles would also prevent sediments from getting mixed again and escaping through the drains at the top.

In any case, if someone more expert in the specific methodology used here can describe precisely what the goal of this study was, I'll be as interested as you are. I have a couple hunches, but it might be related to ozone pollution.

Not the answer you're looking for? Browse other questions tagged united-states manmade-object-identification or ask your own question.