Why would one type of 22lr ammo be louder than another?

The Thunderbolt was the loudest due to the sonic boom, but the 40 grain was noticeably quieter. The exact same setup of rifle and suppressor remained the same for all of them.

Why would the 60 grain subsonic be louder than the 40 grain?

I've worked extensively with the Aguila subsonic .22LR loads. Out of a full-length (i.e., 18") barrel the 40gr runs about 1035fps while the 60gr barely breaks 900fps. So both are soundly subsonic.

The 60gr is an unusual load in which the bullet is crimped in a .22 Short case. It's easy to recognize, in contrast to the 40gr which looks like most other .22LR ammo. (60gr is on the left in the following photo):

As James Jenkins guesses, the 60gr load uses more powder, and holding all else equal more powder produces more gas volume and "uncorking" pressure, and therefore more muzzle blast – i.e., more noise at the muzzle. For the following photo I pulled four different cartridges and weighed the powder charge. The Aguila 60gr has 0.9gr of powder, whereas both the Aguila 40gr subsonic and a CCI subsonic load have only 0.6gr of powder. (For further comparison, the supersonic CCI 40gr "Mini-Mag" has 0.8gr of powder.) 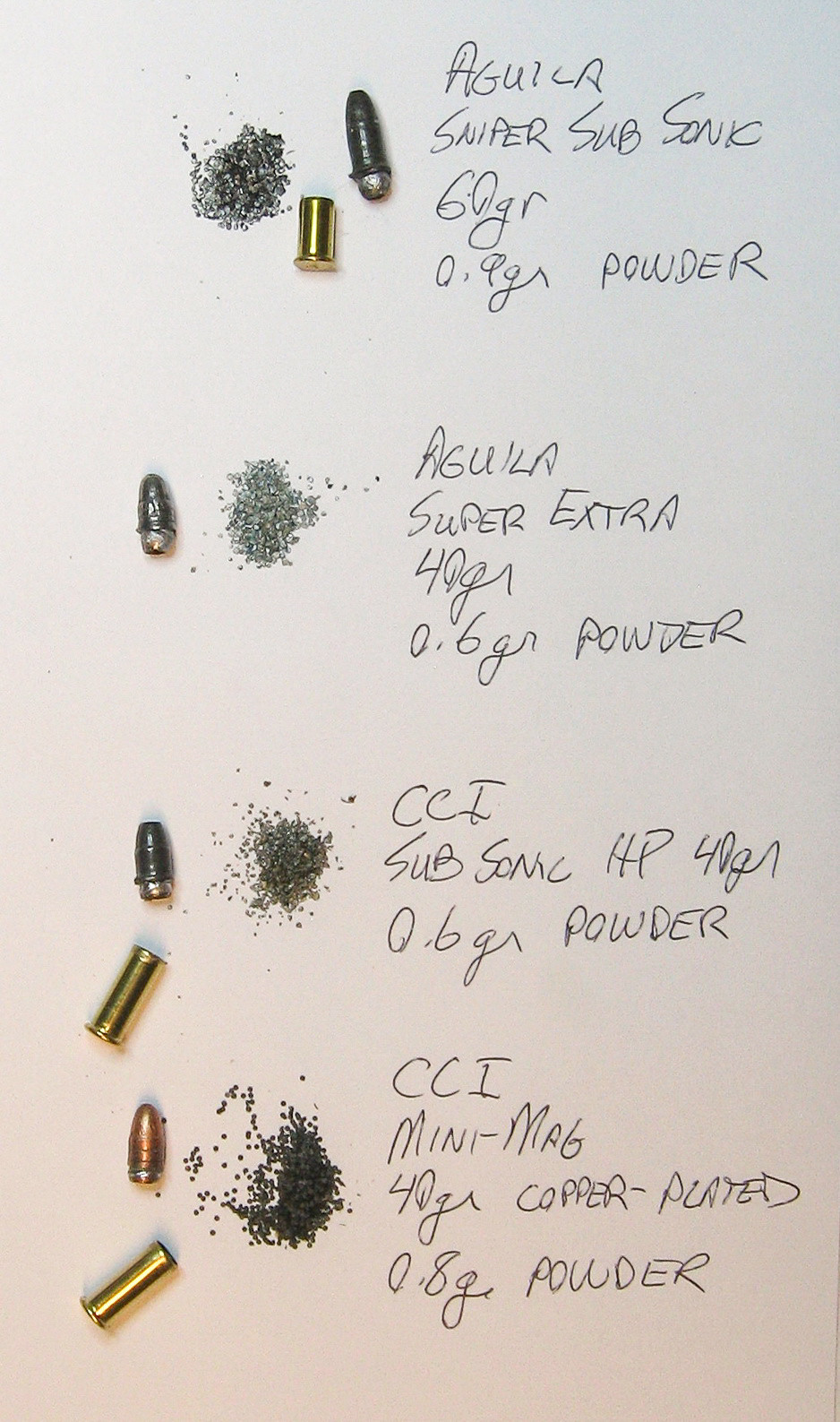 Assuming both the 40 and 60 grain are actually subsonic (the projectile does not break the sound barrier) and both have similar muzzle velocities, you should expect the 60 grain to be louder.

Not the answer you're looking for? Browse other questions tagged shooting rifles ammunition or ask your own question.

5
Locations to sight in a rifle around Boise, Idaho
2
What factors lead to one firearm being louder than another?
5
Sighting in a Rifle without firing a shot