How to melt snow without fire or body heat?

I did a backpacking trip once where I was above treeline, there was no running water and I was low on fuel for my stove. While some of the snow was melting it was draining into the ground so fast there was no liquid water.

What I ended up doing for drinking water was throwing snow on top of a tarp and once it melted gathering the water with a bowl.

Would there be a better way of melting the snow without fire or body heat?

If you have a clean black garbage bag with you (and if you don't, you really should :)), put the snow into the garbage bag, arrange it in a thin layer inside the bag, and lay the bag in the sun on a flat rock (if available), thin layer parallel to the flat rock. Weigh it down with a few rocks to help make contact between the black surface and the snow.

This is essentially your tarp solution, but (a) speeding things up because of the heat absorbing character of the blackness; and (b) avoiding the messiness of scooping because you need only pour. This would also work (albeit slowly) slightly below freezing, assuming sun.

A dark coloured water bottle strapped on top of your pack would absorb quite a lot of solar heat on a sunny day. Getting the snow in would be easier with a wide neck, like a bike bottle or Nalgene. Around freezing point this can be quite effective. If you have flexible clear plastic with you in any form (a large ziplock bag for example) this can be loosely wrapped round the heat collector to act as a greenhouse. Black plastic bags can be used to wrap a clear or white bottle (tightly in a single layer).

Melting snow while moving means your meal stops are shorter, so this is with doing even if fuel is plentiful.

If you're static, a foil blanket can be used to reflect extra sunlight onto the bottle; a 3x increase in heat delivery compared to just a bottle should be easy. Insulate the bottle from the ground in this case.

Once you've got some liquid water in there it probably makes sense to top it up rather than decanting (unless of course you need it immediately). If you're planning on dissolving anything in the water (drink concentrate, soup powder etc) you may as well do so early - it's likely to increase absorption in a clear bottle.

To give an idea of the rate of melting: assume everything stays at 0°C, and you've got a 100% absorbing bike bottle (that's what I've got here to measure). At sea level in full sun that can absorb around 15W. 15W is enough to melt around 2.5 ml/min (half a teaspoonful of water). One bottle isn't enough to provide everything you need even exposed all day (and it won't be this efficient in practice), but it's a worthwhile contribution even in this very basic form. Snow is around 1/4 the density of water, so a bottle loosely filled will melt in around an hour, giving you 1/4 of a bottle of water. Pack it in tight and double all these numbers

If there is ice available somewhere, perhaps your tarp/bowl resulted in a convex lens-shaped extra bit of water, or you can (somehow) locate a frozen pond or even deep puddle from a previous thaw, you can consider the possibility of making an ice lens and using it to heat up something dark (your tarp or something more convenient), and using it to then melt snow.

You could heat a dark surface then put the snow on it, or put dark object on top of a layer of snow in/on something that can collect meltwater. Don't try to shine the light on the reflective snow!!

You don't need to make anything even close to an optical quality lens, you are not trying to set ants kindling on fire, just warm something at a rate well above the rate than the air is cooling it, so that it can do substantial melting.

If the sunshine is intermittent, don't add more snow than you can melt quickly. Raising snow from -20°C to zero, then watching it get cold again is a waste of sunshine.

Bright sunlight on the ground can be estimated from the 1.5 atmosphere solar standard. From data in an answer to Does sunlight warm an astronaut's face during a spacewalk?, we can estimate that there is roughly 400 W/m² in sunshine near the ground, but it varies a lot depending on time of day and other atmospheric factors. Perhaps 50% of that will get through a lens made out of water ice (dirt, bubbles, and further absorption of infrared due to water and organics) so a 30 cm diameter ice lens will deliver maybe 20 Watts. That's 20 Joules per second or 5 Calories per second.

Heat of fusion of water is 80 cal/gram, so that's roughly 4 grams of water every minute, or 240 grams/hour, or maybe 1.5 litres per day on a good day.

That really might help extend life somewhat in a pinch. 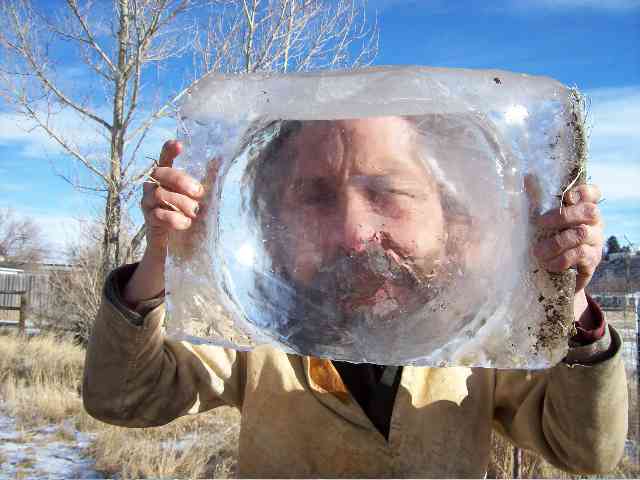 From the question Has anyone ever tried to make a simple telescope using ice?: 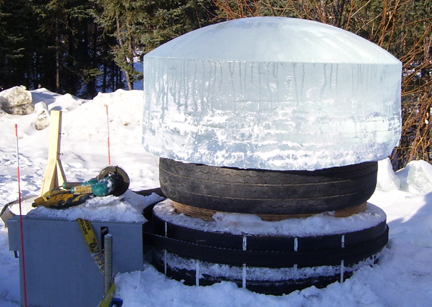 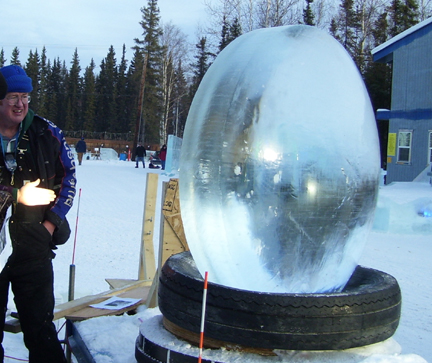 This is not so likely what you'll be doing, but included for completeness: 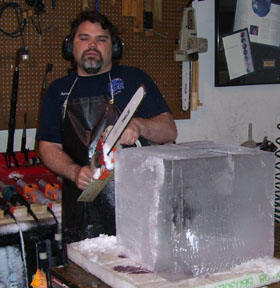 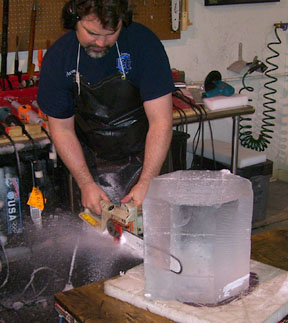 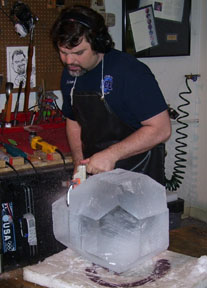 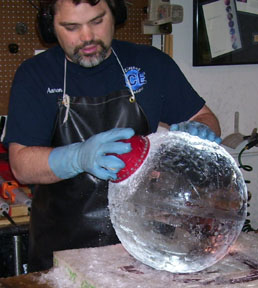 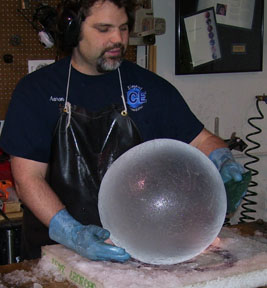 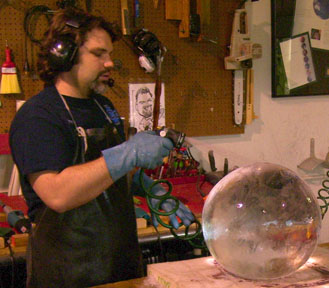 Depends how much you want to melt? Battery and a heater

There are many options, but this is the first one I encountered.

Claims it get 104F that should melt snow.

5v USB battery packs are easy to come by, which is why I picked USB.

Obviously if you get a 12v battery pack, you can heat faster and melt more.

You could also carry a small solar cell as alternate power source.

13
How much fuel to carry for melting snow?
16
How to set up a tent in deep snow
16
How can I prevent snow-balls building up in my dog's paws?
9
Can the sheer existence of snow lead to dehydration?
11
What is the most effective means of melting snow with body heat for drinking?
6
How do you reset your body 'thermostat' after hiking in snow?
6
How to get drinking water if I am stuck below Matterhorn summit?
7
How much will the ceiling of a snow cave drop by during the night?
15
What is the most efficient strategy to melt snow using a stove?
28
Are there any techniques for starting and maintaining a fire in snow?