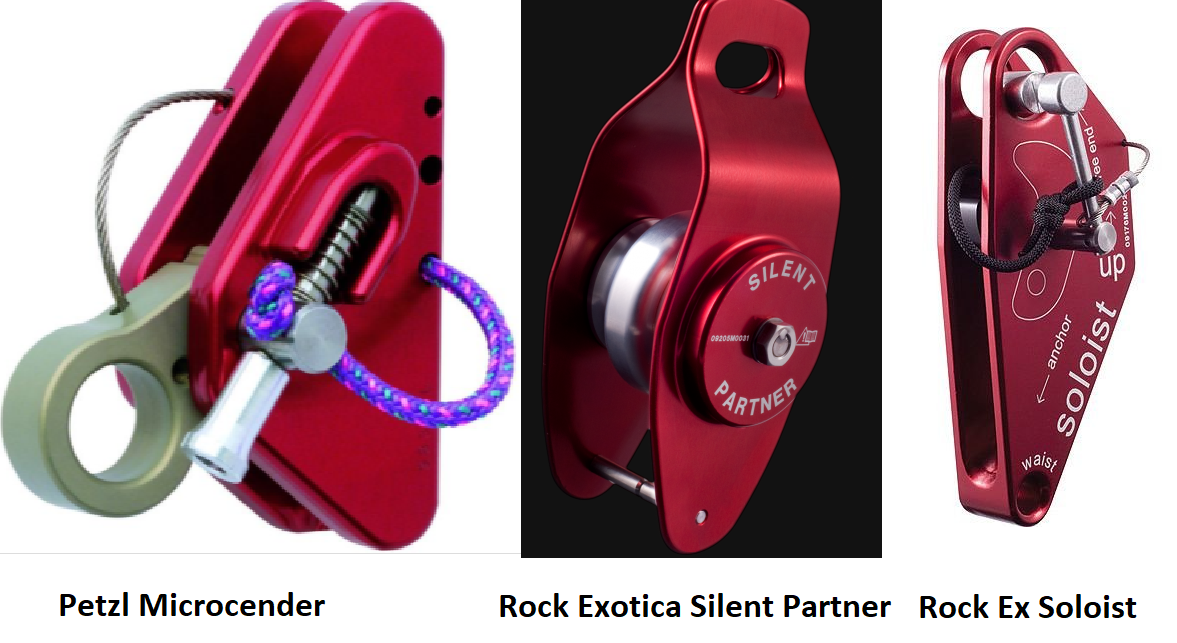 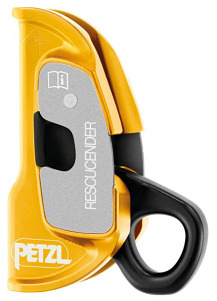 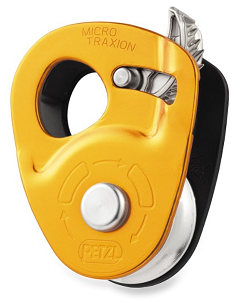 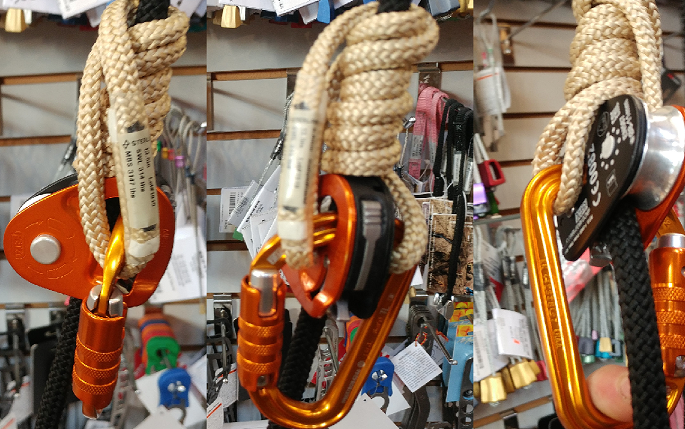 Before sharing what I have been doing, I ought to remind anyone reading that the most widely accepted set up follows the Petzl recommendations: 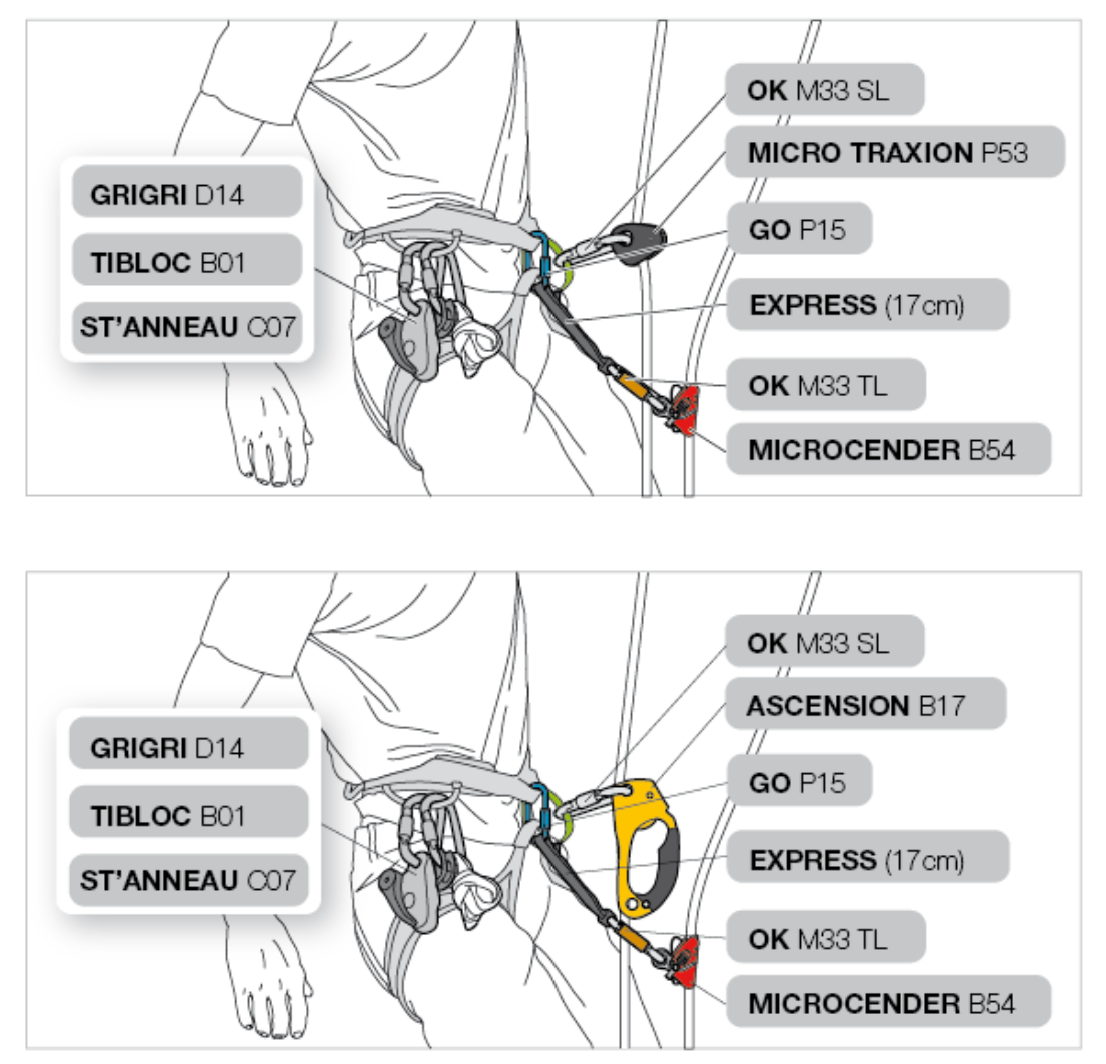 I use two strands of a static rope, tied at the anchor via two independent locking biners and a double figure-8-bunny-ears knot - one biner for each "earlobe" tied to a different bolted anchor, or sling around a tree, as the situation presents itself.

I use both strands tied to my harness loop via a locking biner and two side-to-side Micro Traxion devices. After coming across this post showing how twist-lock gates can be opened by the rope, I changed the configuration in the picture to a screw-gate pear-shaped locking carabiner: 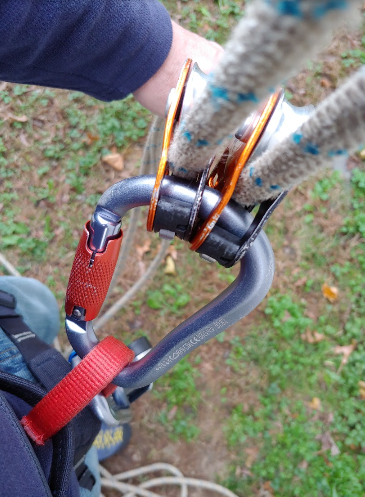 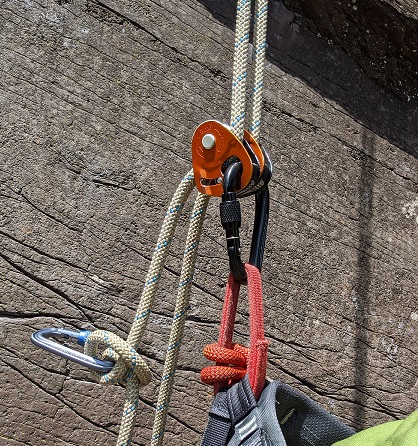 In addition, I have incorporated a clove hitch on a locking biner to one of the strands of static rope below me (see image above) - as I climb, I periodically slide up the clove hitch without unclipping the biner, simply by pulling up on that strand and sliding the rope. In this way the extra safety of the clove hitch on the biner is relatively close to me. Its function would be to act as the ultimate safety if both Micro Taxion devices were to strip the rope on a fall.

At the bottom of the crag, I tie the ends of the rope to my backpack through a single clove hitch tied with both strands and secured through a biner to passively help with the sliding up of the Micro Traxion devices as I climb: 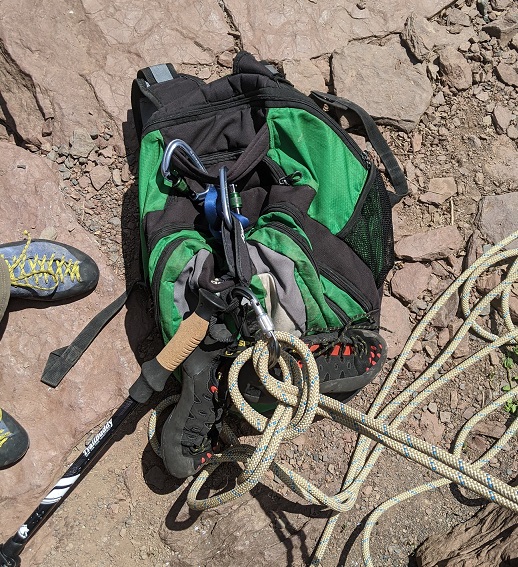 It's important that both strands are equally tensioned to avoid asymmetric sliding of the Micro Traxion's with one of them ending up along the spine of the carabiner.

The two-strand set up offers redundancy, but also allows the Micro Traxion devices to stay parallel to each other, as opposed to in line as in here. I find that having the Micro Traxion's one after the other on a single rope wedges them together splaying the orange casing of the top one.

In addition, there may be a need to lower myself at the end, or half-way up the climb. At that point one of the strands will come really handy in releasing the tension in the system to allow disengaging the Micro Traxion devices (impossible when loaded). This can be simply done with a Jumar (*). As an alternative, I can tie an alpine butterfly knot on the strand that will not be used to descend to provide me with a way of placing a foot through it and stepping up on it to release all tension on the harness loop at which point I simply open the biner, leaving the Micro Traxion devices on the rope until I have all my weight on the descending device (GriGri or Munter knot). This is the picture alpine hitch on the non-descending strand ready to step on: 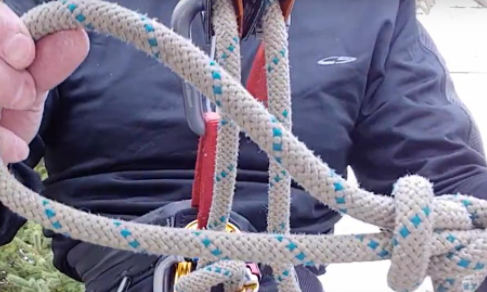 Naturally, before I disengage the Micro Traxion's I already have a GriGri or a Munter knot set up on the descending strand. The GriGri is most efficient, and easy on the climber and the rope, but I want to illustrate the Munter since it is the back-up system when the GriGri is dropped by mistake during the setup process. 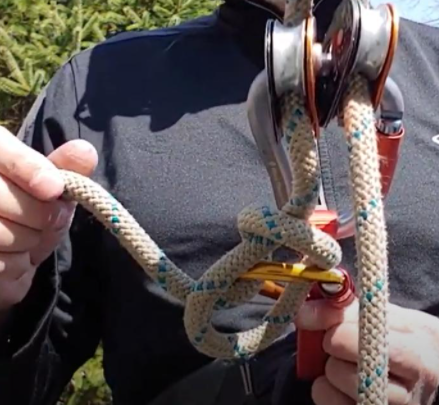 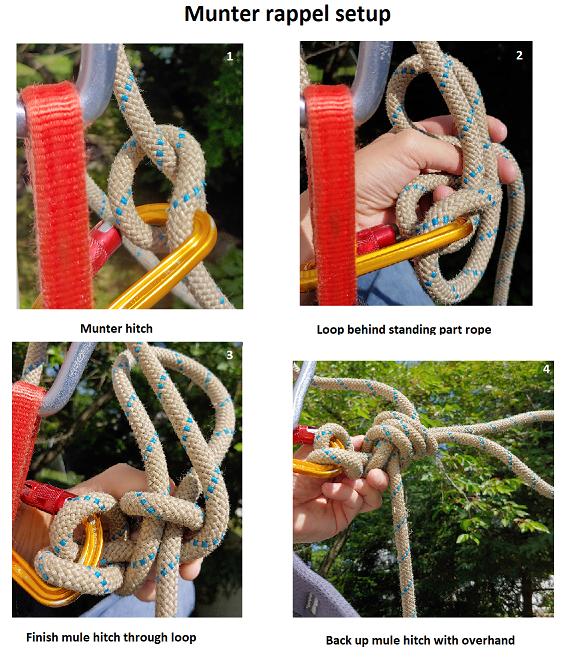 After I release the Micro Traxion's, I hold on tight to the loop in the mule hitch and compress from top to bottom the Munter to keep it from sliding down. It is important to watch for cross-loading on the biner, and try to get the loops of the Munter along the basket of the biner parallel to each other.

19
Methods for taping hands, wrists, and fingers for climbing?
11
"Tag line"/"pull cord" for multipitch trad: what kind and when needed?
8
How to belay on top of a pitch
6
Lowering a climber from above using a belay device in autolocking mode
8
Is rope-soloing inherently dangerous, and if so, why?
12
Why static rope rather than webbing for toprope anchors?
6
What features should I look for in a satellite emergency device?
6
The dangers of simul-rappelling
3
Use of a personal anchor system to rappel (abseil) off a cliff with anchors by the edge and at foot level