What is this plastic net with a wide middle and bottom that looks like an upside-down flower hanging from a tree?

We recently (July, 2019) went to Bar Harbor, Maine, United States, to visit friends who live on the ocean. My husband took a walk on an established path (he's very serious about Leave No Trace) at the water's edge. The tide was out so he was especially careful of where he stepped. Mostly he stood still on a rock along the coast and took pictures in different directions. Most were zoomed (including the blurry ones!) but some were closer to where he was standing.

He was about a mile down the coast from our friends. There was no visible house, or people, and our friends don't know who owns the land, or what the owners use it for. He didn't see specific paths leading into the land from the ocean side, but they could have been his vantage point.

In some trees he saw strangely shaped net things hanging from branches. They look like drawstring bags with the tops wrapped around the branch. They're wide in the middle so they have a structure, which may be created by the thin black things inside. A few inches up from the bottom they're cinched tight by metal-looking rings. Below that the bottom opens into a shape that looks like an upside down flower. The most blurry picture shows one hanging from a branch over an inlet with a small man-made lighthouse.

They're obviously some type of plastic. It troubled us because we're very much against plastic anywhere outdoors, and especially near the ocean. We also don't approve of things tied to tree branches.

We don't camp or do much outdoor travel at all, so I'm hoping someone here will know what they're used for and why. Most importantly, would the users take them away when they leave?

If they're just for things like food, supplies or trash that people left behind, we'll call the local authorities and report them.

Update August 1, 2019:
My friends found out the nets are used to collect mussels, clams and other crustaceans, to eat them. That makes sense considering all the mussels my husband saw!

They could easily have multiple purposes, including holding suet cakes for birds, so I'm going to accept Jasper's answer as correct! 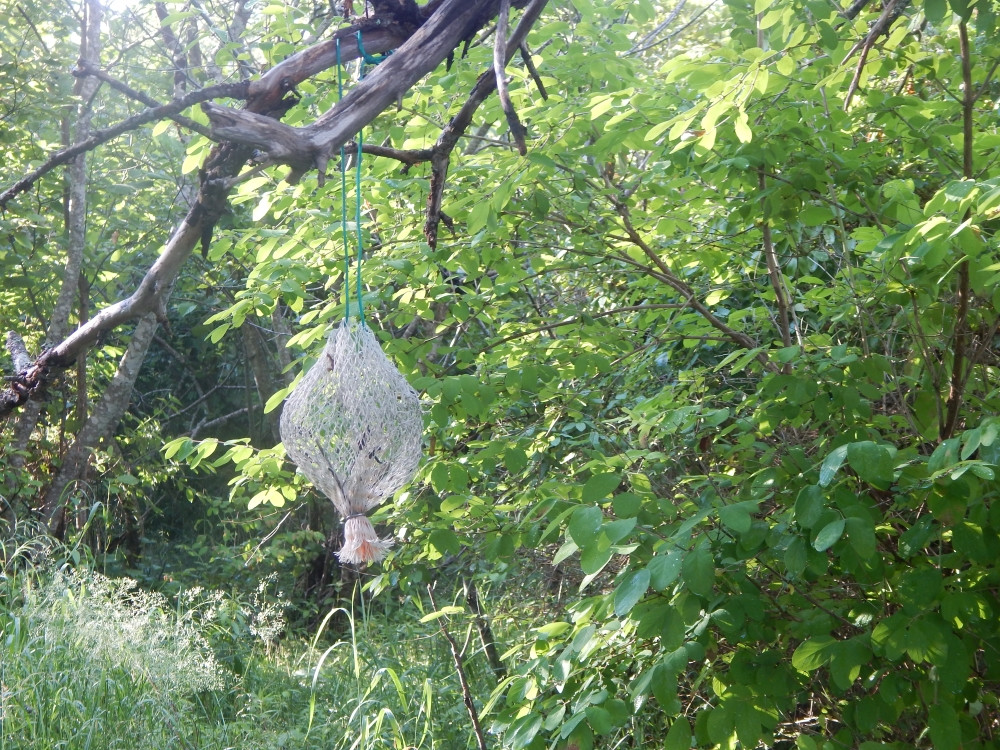 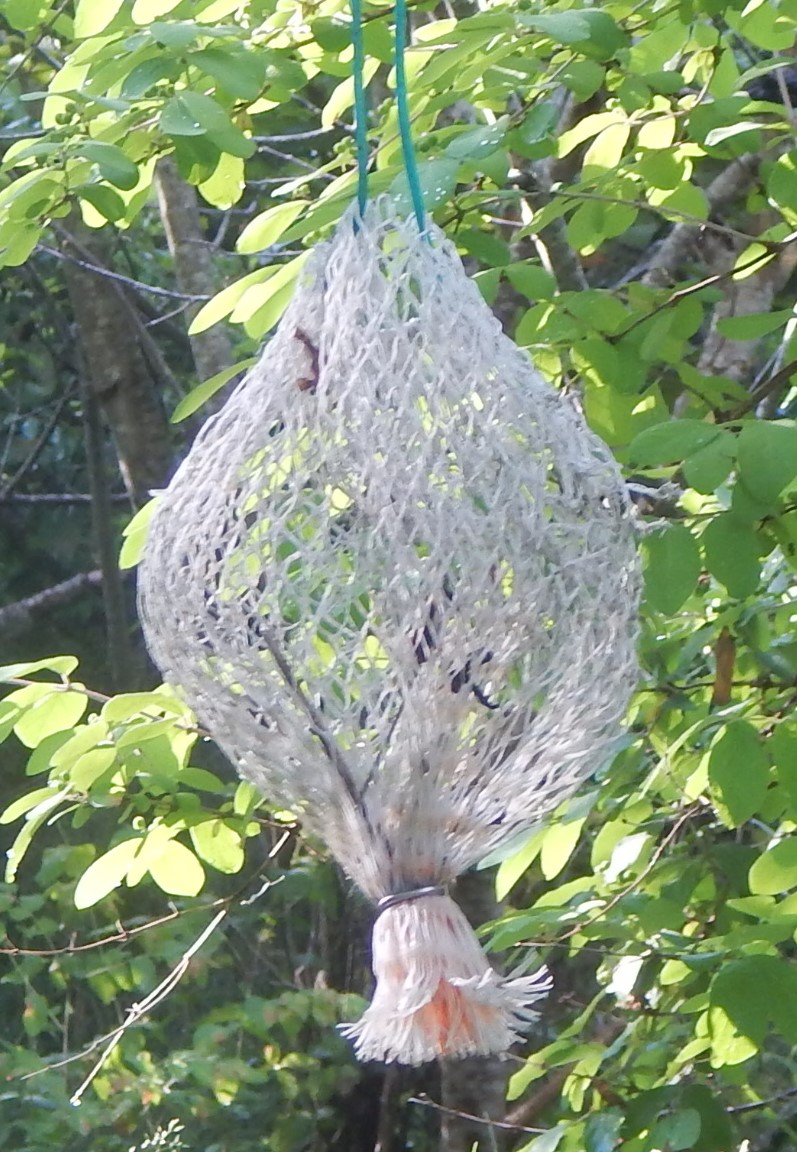 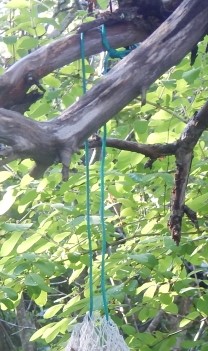 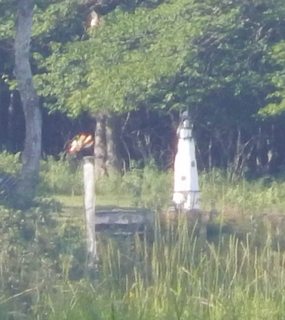 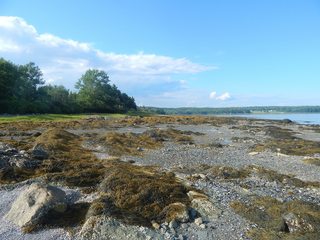 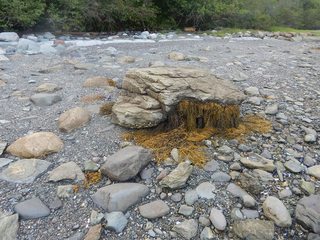 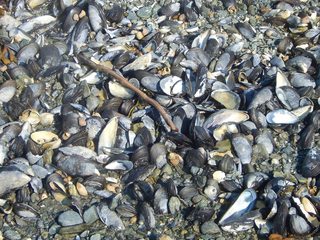 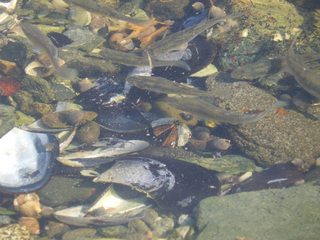 I'm pretty sure it's some kind of a suet cake/fat ball, i.e. bird's food, see the first image on the Wikipedia article: 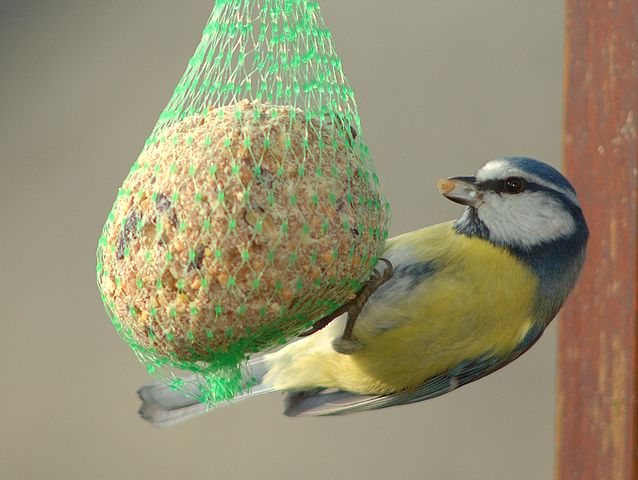 Not the answer you're looking for? Browse other questions tagged united-states sea trees leave-no-trace manmade-object-identification or ask your own question.

4
What is this small, bright yellow, mushroom found in the woods in Massachusetts?
12
What are these bulges? Are they harming the tree?
21
What's the difference between a fjord and a fjard?
9
What is the Chincoteague Pony Swim on Assateague Island in Virginia and Maryland?
12
What are these round, spiny, puffy, green things from the ocean in Northeast United States?
5
Where exactly is this rocky shoreline in the Downeast region of Maine, USA?
5
Do American mourning doves only make their plaintive cooing sound where people can't see them?
9
What is this tree with shiny leaves and a fuzzy seed pod?
3
What is growing in these cocoon-looking structures found on a mountain in Massachusetts, USA?
8
Understanding the transition in USCG Personal Flotation Device (PFD) Labeling