Can orange safety vest be used when hiking during hunting season?

I'm going to be doing some winter hiking in parks where there are going to be a lot of hunters. Probably only during bow hunting season for deer in NJ. I'll be getting some blaze hats but for the vest can I use ansii orange safety vests which I already own? Is it the wrong type of orange? Will the reflective take be an issue?

Edited to add picture and link of my vest. 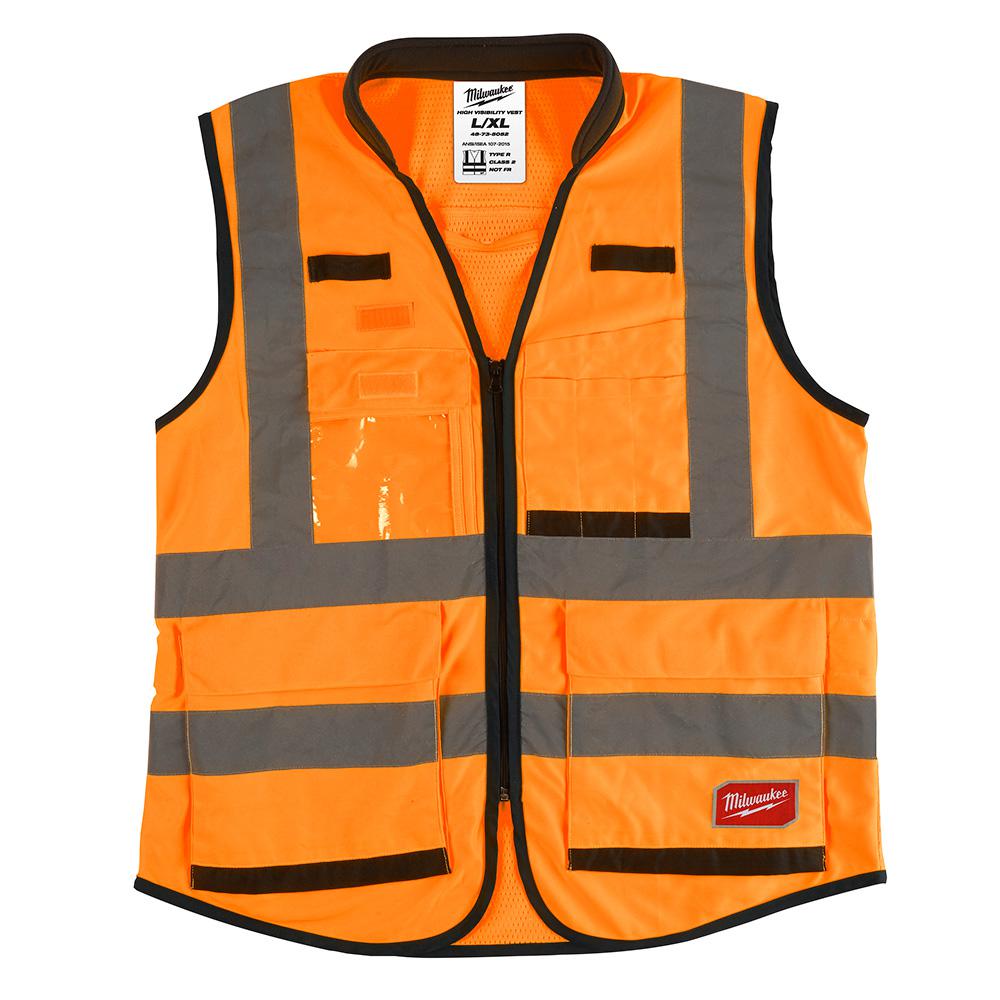 This answer is based on research and my experience hiking in the United States, specifically the Midwest and Northeastern US. I mostly focus on deer season, because that's the big one in this area. Be sure to find out which hunting seasons are most popular in your area, and look up the specific dates.

Blaze orange and ANSI orange are very similar. In fact, the range of variation for products sold as "blaze orange" or "hunting safety" is pretty much identical to the range of variation of what's sold as ANSI orange. See the comparison below. Although the hunting vest in my example looks lighter in color than the ANSI vest, I've seen examples where the reverse is true. 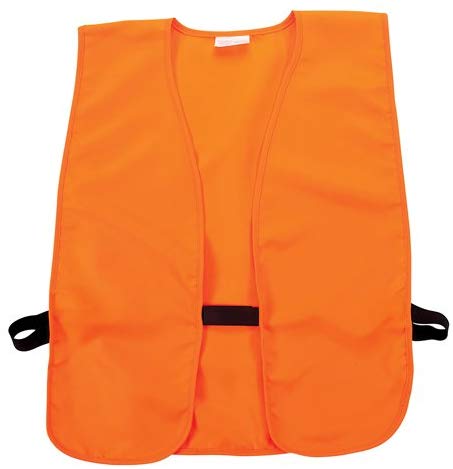 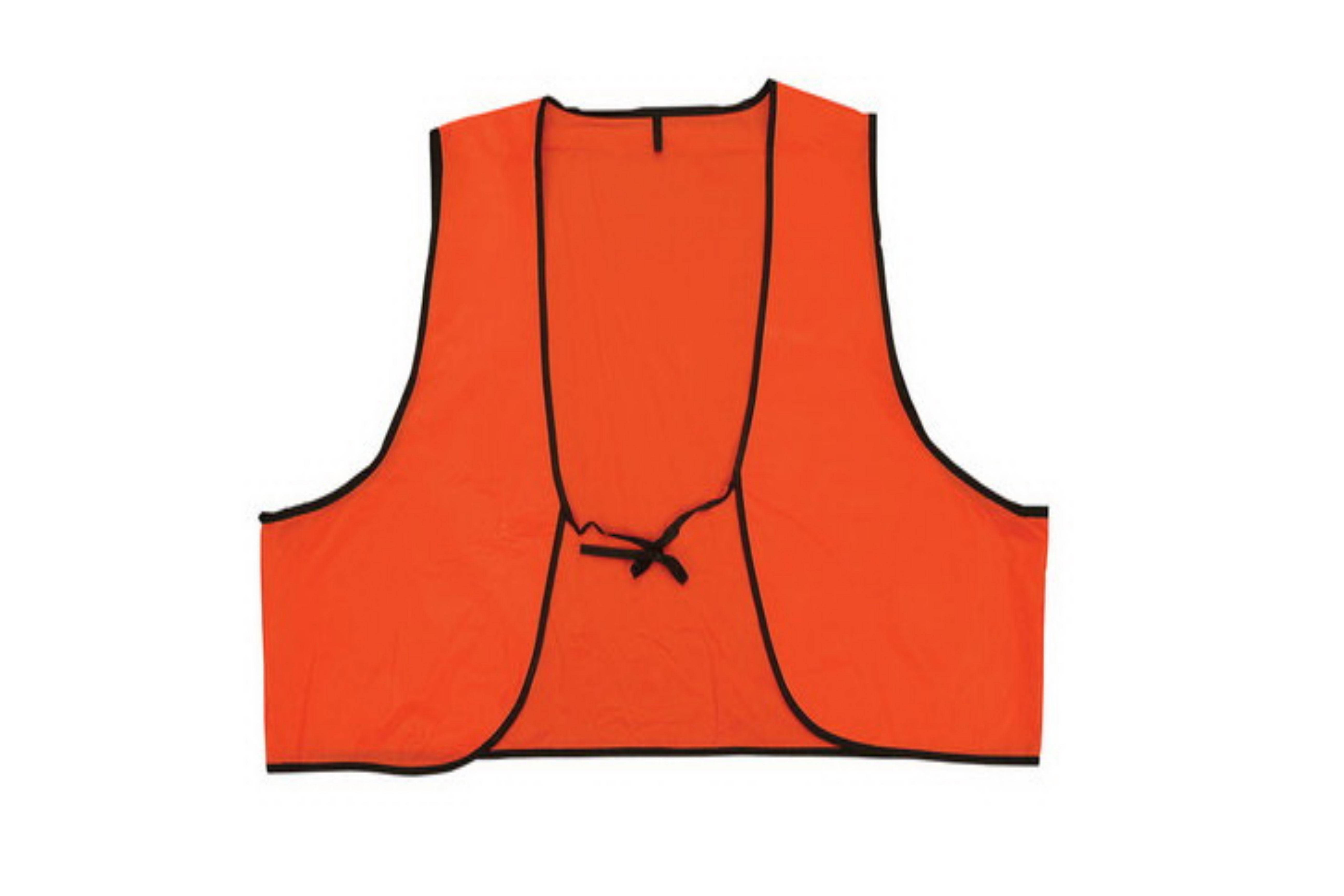 Furthermore, blaze orange is not actually required for hiking during hunting seasons. Hunters may be required to wear fluorescent orange during certain seasons. For example, deer hunters in Pennsylvania are required to wear

"a minimum of 250 square inches [of fluorescent orange] on head, chest and back combined, visible 360 degrees" (source).

The US Forest Service has this tip:

The reflective patches shouldn't be a problem, because they're really only visible when you shine a light on them. They won't make the orange any less visible. They will make you more visible if someone shines a light on you, which could happen if someone is hunting at night or in the daytime with a spotlight. Night hunting and/or using a spotlight to stun deer is illegal everywhere I've looked into hunting regulations, which is probably why hunting orange gear tends not to have reflective patches. If anyone is hunting at night, you really want them to be able to see you.

Other safety recommendations (from multiple sources) include:

To summarize: Wear bright clothing, ideally orange. Make noise that only a human would make. Avoid looking, sounding and behaving like a deer. Avoid hiking in popular hunting locations during the most popular hunting seasons.

yes wear it in some states the hunters are required to wear a orange vest too. deer and most animals are color blind so they can't see it but like you say you need to be seen by the hunters

The effective range of a bow-shot at a deer is only about 40 yards; any longer and the deer has enough time to jump and won't be at the aiming point when the arrow arrives. Because of this, hunters very rarely take such long shots.

Most NJ hunters hunt from tree stands. They can see you from much further than 40 yards, and you don't sound or look anything like a deer. They are also shooting down at the ground, so if they miss, the arrow does not fly very far away.

All of which is to say that wearing a bright orange vest is not going to improve your safety very much, if at all, because the number of humans hit by errant arrows from hunters is minuscule. Worse yet, virtually the only times when people have been accidentally hit by bowhunters, it was a skyline / over the ridge shot. An orange vest isn't going to help you if the hunter never saw you to begin with.

So I'd suggest wearing a bright colored top or hat, and not worrying about this -- the bowhunter is more likely to be killed by the deer he hunted than you are to be killed by him.

12
Is there special etiquette for hiking the Appalachian Trail (AT) during AT Season
2
When calling in elk during bow season, where should the caller be in relation to the hunter?
4
When did semiautomatic hunting rifles become commonly used in the United States?
4
Can you train wild deer to get "used to" your scent before the hunting season