What is this knot?

My 6 year old daughter was playing with ropes today and tied a knot of her own creation. I tried to demonstrate to her the importance of learning to tie good knots that don't slip, but when I went to yank on her knot, it didn't slip at all. Upon further inspection I concluded that it appears to be a rather sound friction knot. The more force you put on the rope, the tighter the choke on the tail end. After looking at it long enough I started to wonder if I've perhaps seen this knot before in ABOK.

Does anyone recognize this as an established knot? 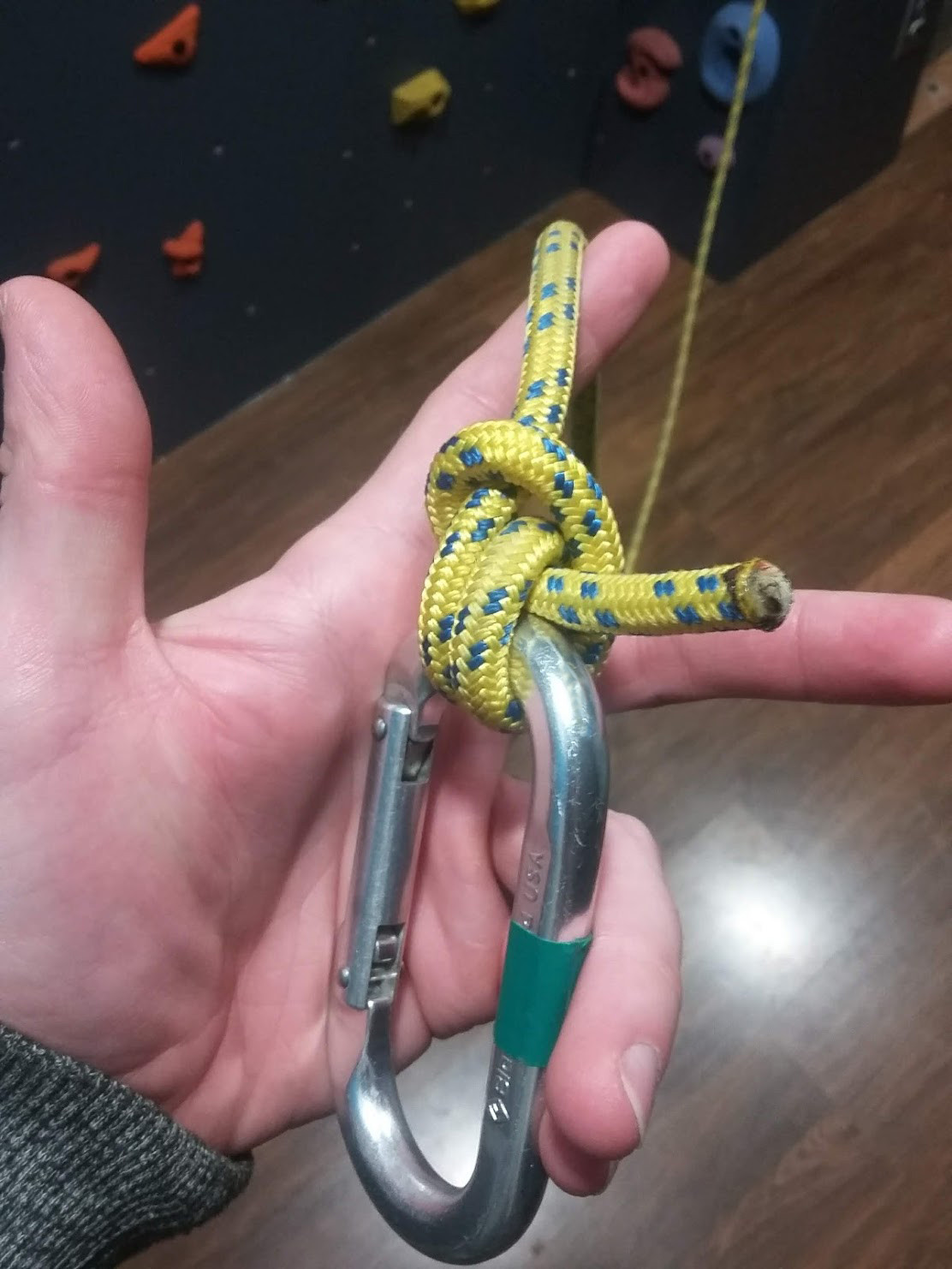 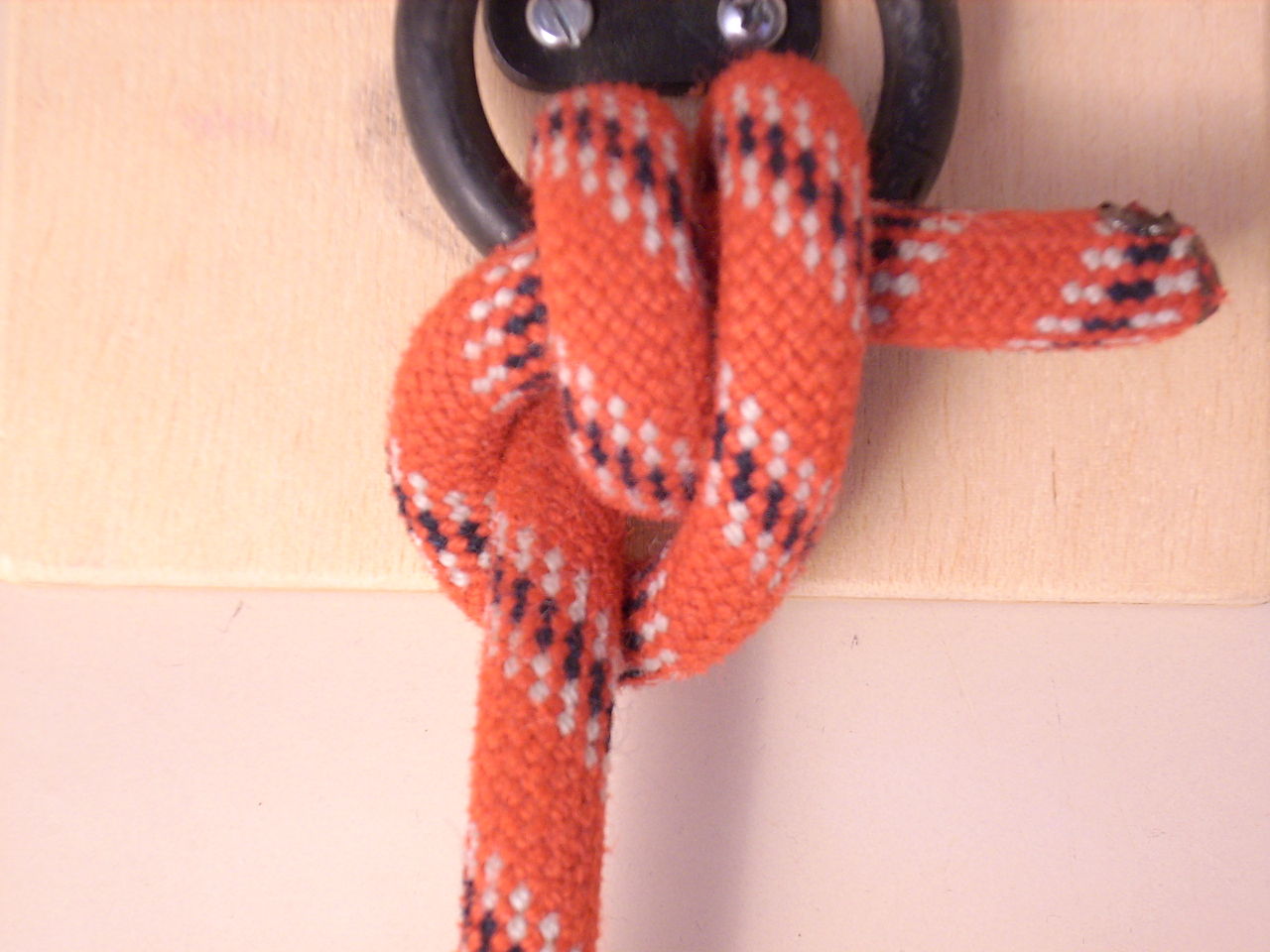 I found it by initially thinking the knot in your picture looked a little like a round turn with two half hitches, but with only one half hitch, and it being through the wrong place. That page on Wikipedia though led me to the List of hitch knots, and happily one matching your daughter's knot was very close to the top!

It even goes on to say:

The knot is very similar to a round turn and two half hitches except that the first half hitch is passed under the turn.

Not the answer you're looking for? Browse other questions tagged knots ropes or ask your own question.

7
How do I tie a bowline knot?
11
Knot for Joining the ropes of different thicknesses
7
Applications of a slip knot in climbing?
3
What is the name of this knot for tying into a "confidence" rope?
7
What knot is this one? What are its purposes?
12
Adjustable mid-line knot?
6
What's this knot called?
4
What is this knot that is used on ice axe leashes?
3
Which knot is best for connecting loose ends and attaching carabiner?
8
Does anyone recognise this knot?