What kind of mushroom is this? There's a lot of similarity to a morel, but the body shape is not what I'm familiar with. If it's not a morel, is it edible, or what are the consequences if eaten?

This picture is Missouri, USA in March. 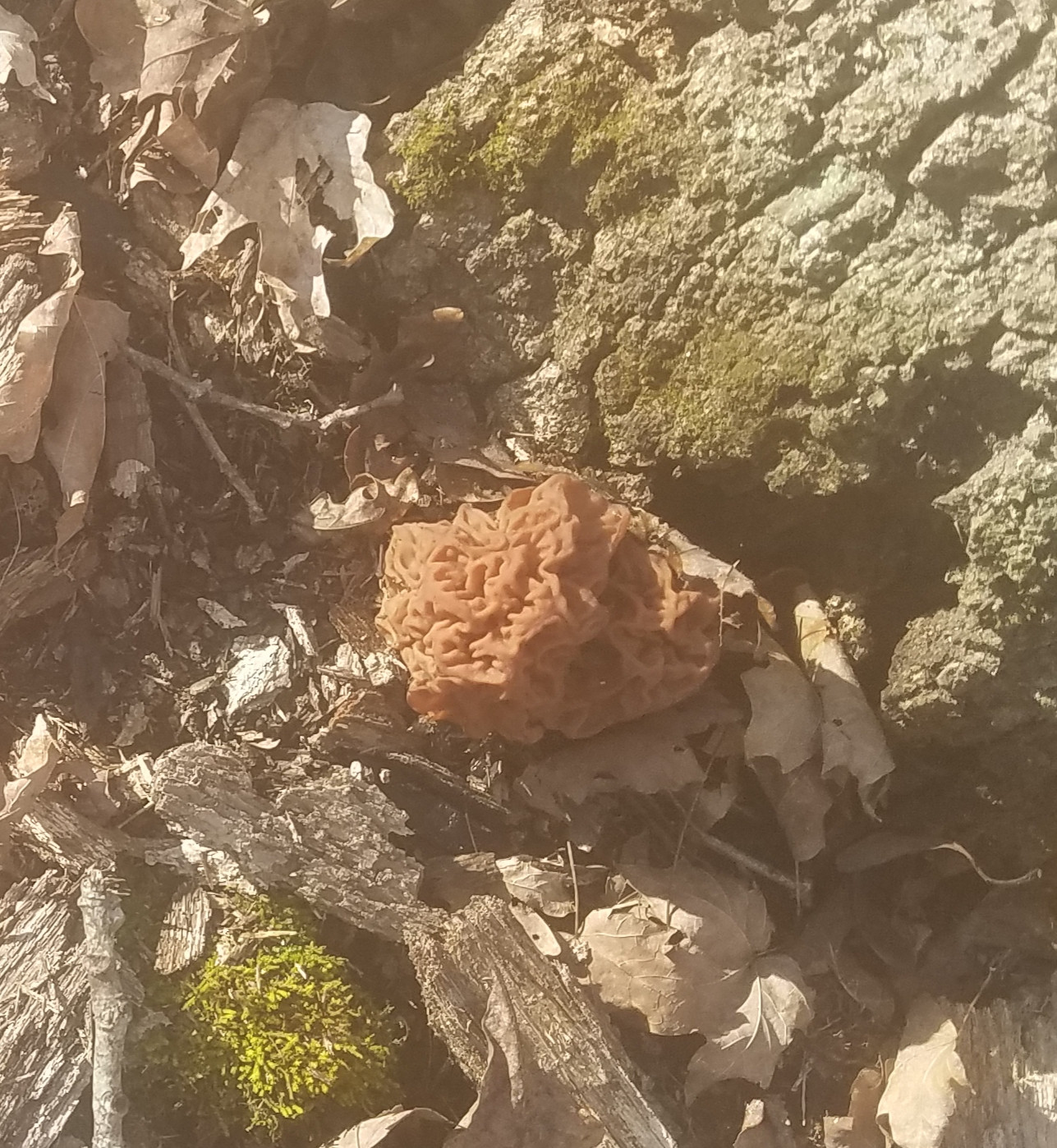 Not sure from the photo or it’s description, but without a positive identification available, I would not eat it at all.

In fact it looks like a false morel and they are poisonous. 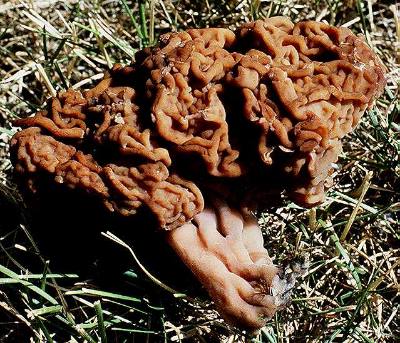 Gyromitra esculenta is one of several common species of false morels found in the spring about the same time as the true morels. It is also sometimes known as the beefsteak morel, or the lorchel. The Gyromitra species are Ascomycota that superficially resemble the Morels (Morchella esculenta, M. elata and related species). They can be found in roughly the same areas as the true morels and the two genera often grow in close proximity to one another. In our area we usually find false morels rather close to fallen logs, where a microniche of moisture, humidity, and shade is likely to be found, but there is quite a bit of variability in their habitat.

True morels are considered to be delicious and one of the most sought after of the edible fungi. False morels should be considered to be poisonous and should probably not be eaten in most parts of the world. I'll tell you more about this below. Fortunately true morels and false morels are relatively easy to distinguish from one another. The easiest way to distinguish them is by making a longitudinal section of the fruiting bodies.

Looks a lot like a morel, but there are a few kinds including "false morel" (I forget if it has any toxicity). However you need a much more reliable place than this to be sure. Study this year and remember where it was, good chance they will come back next year. One line I remember is that morels come up when "the new oak tress leaves are the size of fuzzy mouse ears."

8
Is it okay to trust your health to a mushroom hunters guide?
10
What should I bring home foraged mushrooms in?
4
What is this small, bright yellow, mushroom found in the woods in Massachusetts?
2
What are these mushrooms found in Fukuoka, Japan?
11
What UK mushrooms will kill you?
5
What are these small blue berries growing in clusters on a medium size bush in Southern Ontario, Canada?
4
Plant Identification: White Mushroom or Fungus found in Indiana
9
UK Puffball Identification
3
Are there any toxic berries that can be easily confused with the Serviceberry (saskatoon berry)?