What kind of toad is this?

I found him late at night in my backyard. I live in Arkansas, USA. He was fairly large (probably the size of my fist). I know absolutely nothing about amphibians, but I am thinking maybe an American toad or a Fowler's toad? Any help would be appreciated. 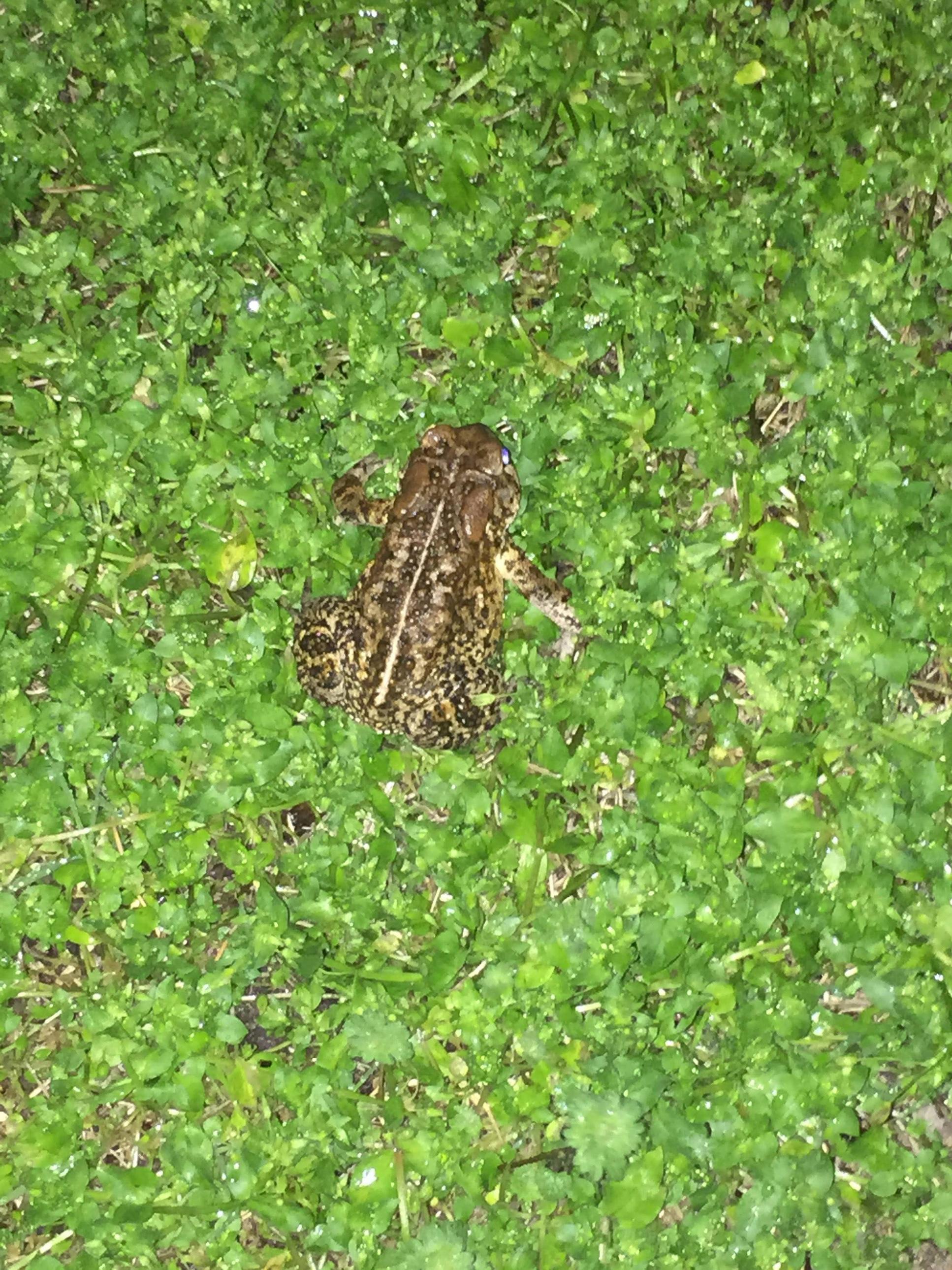 Woodhouse's Toad is the best call from the photographic evidence and your testimony.

The American Toad, Fowler's Toad, and Woodhouse's Toad are all very easily mistaken for one another. They all have that white dorsal stripe down the center of their back and the light brown mottled appearance of this animal is within the color range for all three species.

We can eliminate the American toad, based on your photograph.

The postorbital ridges on this animal come right up against the parotoid glands. This feature is characteristic of both the Fowler's and Woodhouse's Toads, but not the American Toad. Check out the diagrams in this link to see what I am talking about. The American toad's ridges are more subtle and do not abut the parotoid glands like we see in your photo.

Where you live in Arkansas matters.

The Fowler's Toad is found all over the state, but the Woodhouse's Toad is generally limited to the southwest part of the state, as seen on the range map on its Wikipedia page. Yes, animals can be found outside their range and you might live in southwest Arkansas, but in general, Fowler's Toads are more plentiful in Arkansas.

Your description of its size favor's Woodhouse's Toad

You claim that the animal was large--about the size of your fist. Without knowing your age and size, that's a vague description; however, Woodhouse's Toads can grow to be 5 inches long, which is a large for a toad. Fowler's Toads are typically 2-3 inches long and would not be comparable in size to your fist. The record length for a Fowler's toad is 3.75 inches. You might think a 3.75 inch toad was the size of an adult fist, but a 5 inch toad could easily be compared to a fist. In addition, I assume that since you identified it as a toad that you have seen toads before and know a big one when you see one. So your testimony about its size favors Woodhouse's Toad. If it struck you as big for a toad, that might be because you live outside the Woodhouse's Toad's normal range and they are unfamiliar to you.

28
What animal could strip all the bark off the lower 7 feet of this tree?
9
Where can we see genetically pure American Bison, including Yellowstone National Park?
7
What kind of animal may have done this?
3
What type of Amphibian / Lizard is this?
2
What kind of toad is this 2.5 inch (6.5cm) one yellow with brown spots and a white back stripe?
3
What is this lizard-like thing?
9
Is this a baby bat and what should I have done?
1
What kind of owl is this?
6
What kind of sea creature leaves this skin/shell?