Is this spider dangerous to humans?

Quito, Pichincha, Ecuador. I found this spider under a pile of toys in my home - my son's room. Seems to be a regular spider - found two or three of them in my office.

What's this spider's specie? How worried should I be? 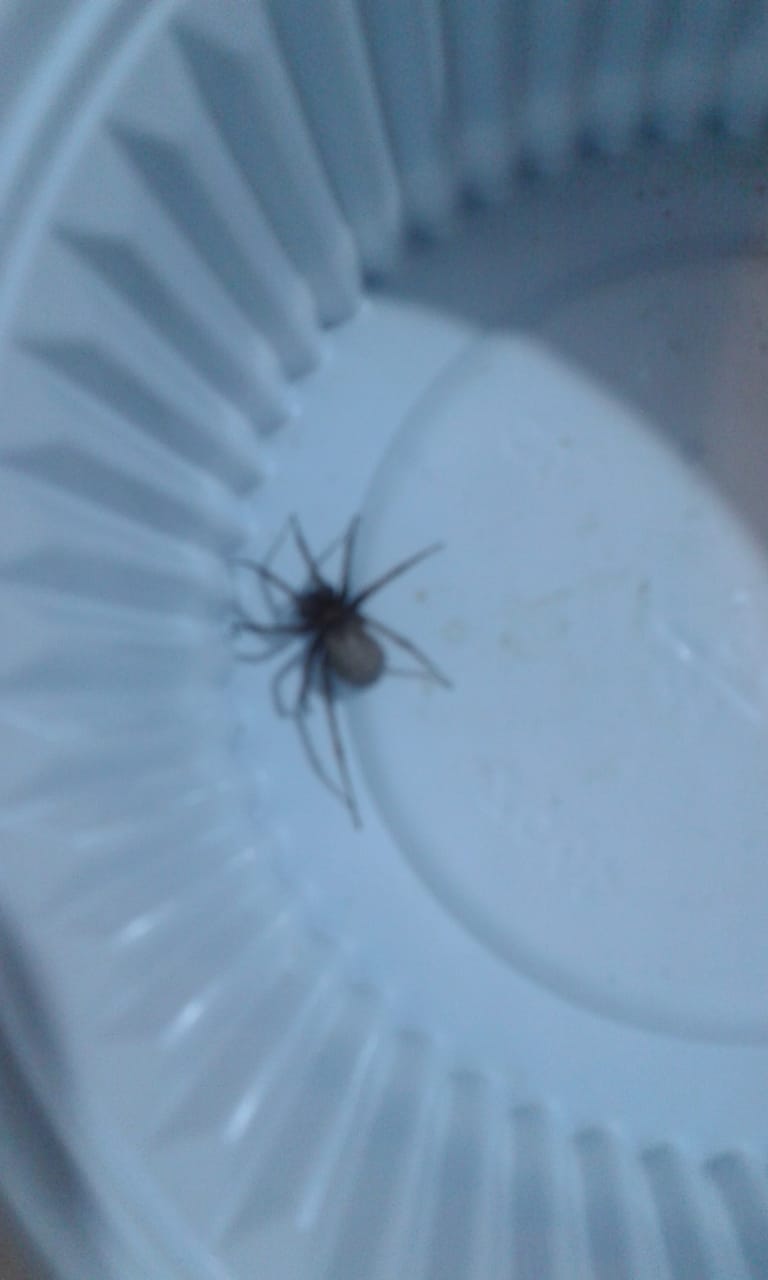 There aren't many really useful markings on that unfortunately out of focus shot, but a couple of things stand out: the rather bulbous abdomen and posture are consistent with a Theridiid (comb-footed) spider, and the last pair of legs appear to have a very suggestive light brownish color with dark leg joints. This is one characteristic of Latrodectus spiders (Black Widows when young females, Brown widows at all stages of the females).

I would suggest that you have an adult female Brown Widow, Latrodectus geometricus, but it would really help to provide a better photograph to make a more certain identification.

This is not a terrible thing, since Brown Widows are generally regarded as relatively harmless among Widows - they don't appear to bite very much, and the venom appears to be far less troublesome than that of Black Widows. They also apparently eat Black Widows with enthusiasm, for what that's worth.

Here's a general link to the spider, and a photo you can use to compare: https://cisr.ucr.edu/invasive-species/brown-widow-spider 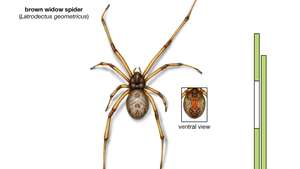 Not the answer you're looking for? Browse other questions tagged bug-identification or ask your own question.

7
What is this black and white spider with a bowl/tube web in England?
9
What is the species of this spider? Is it venomous?
7
Identify what bit me by the mark it left (note: potentially graphic, but also beautiful, photos)
6
How can I identify Woolly Adelgid on a Hemlock tree?
9
What is this black and yellow-striped caterpillar with four toothbrush-looking tufts of hair along the top?
4
What kind of spider is this half dollar sized brown one with a darker brown body and a lighter brown strip down its back?
8
Is this tick or spider?
3
Can you identify this large brown spider with particular markings in Charleston, SC?
4
What is the species of this green and orange spider?
1
Spider identification: possible false widow