Camping: how to put sleeping mats in a tent that tapers at the feet end?

I am not a camper, so please excuse my ignorance here. We have purchased a 2 person tent. The normal width is 140cm, which means that sleeping mats can go down fine (many seem to be 70cm wide, or slightly narrower). But you can see that the tent tapers at the feet. I have measured it at about 97cm. 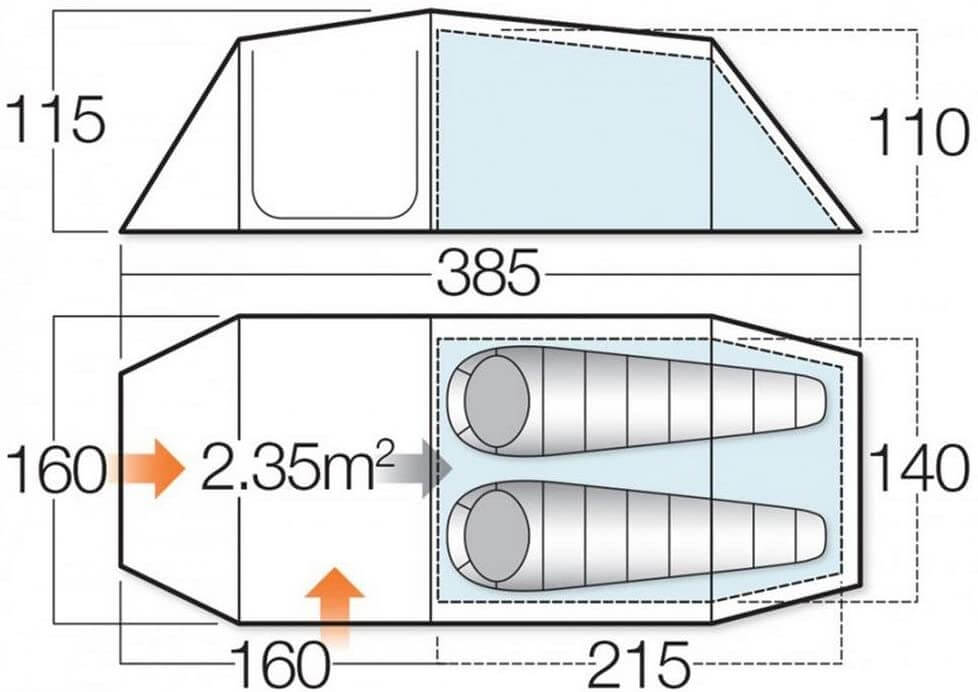 How do you fit sleeping mats inside a tent like this? It seems the only way is for one to overlap the other, which is not ideal.

My only idea is to get two foam mats like this and trim each one to fit. I'm sure there is a better solution. (This tent is "Recommended by The Scout Association".)

It certainly seems a little tight. The wide end of the inner, at 140cm, is only just wide enough for 2 mats, and the measured 97cm (which roughly agrees with scaling the drawing) at the foot end is narrower than a pair of any rectangular mats I've seen. As the total length of the inner is 215cm, there isn't enough length to simply avoid putting full-length mats into the foot end.

Here's the drawing with a few more dimensions from your measurements and scaling off the picture. 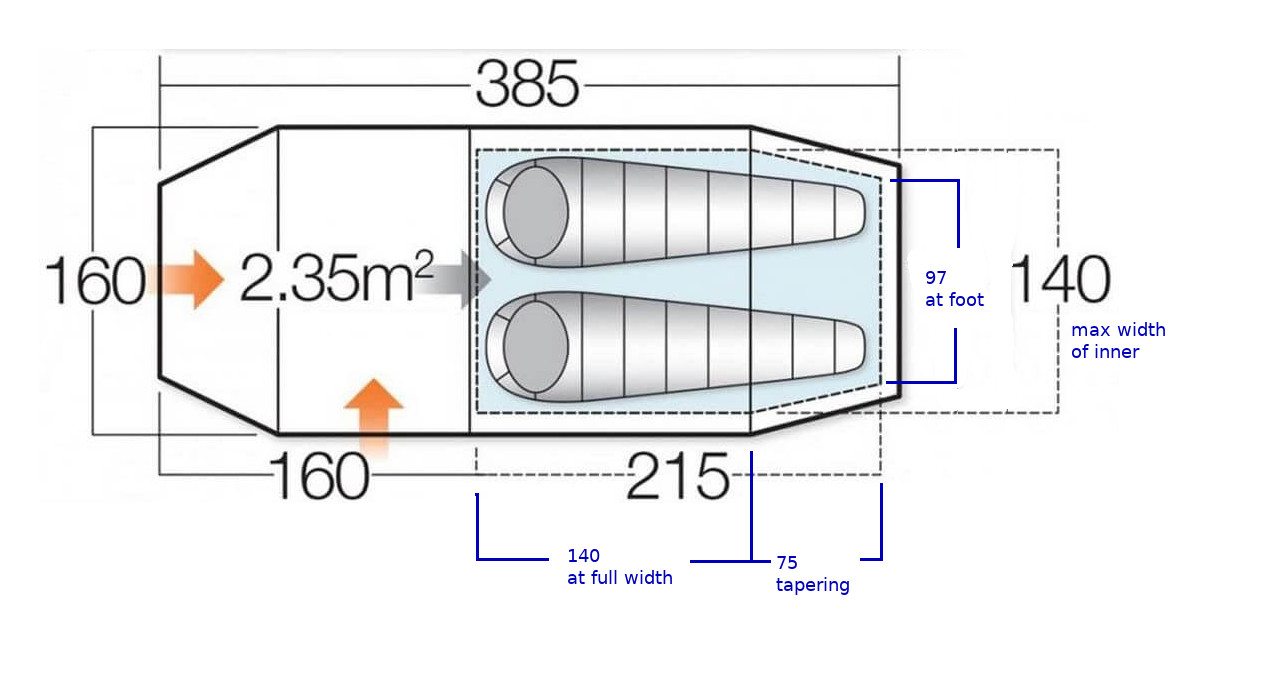 You have a few options.

Where you'll really struggle is using one of these tents with big thick rectangular air-filled sleeping mats (example very similar to one I've had), which are often long as well. Many of those are too bulky and heavy for anything but car-camping. Unfortunately plenty of camping shops sells lots of tents and sleeping bags this shape, but only a few truly compatible (as sold) sleeping mats. I suspect this is because people often buy a bigger tent than the number of people would suggest (e.g. a "3-person" tent for a couple). Many, but by no means all, tents are rather cramped when fully occupied.

Always test this sort of thing before you leave - you've spotted this, but there may be other things to catch you out.

13
How to reduce the annoying sound of falling raindrops on a tent?
4
What tent should I use for extended winter camping in the midwest US?
5
How to determine the length of poles for a tent
8
How do I choose the right tent?
3
How to fix camping tent properly on LowePro Photosport BP 300 AW II
9
How to get rid the mold smell in old canvas tent?
8
Will I be warmer in my sleeping bag inside or outside of my tent, when winter camping?
3
What temperature rating of sleeping bag, season of tent and R value of a pad are needed for autumn camping in Norway?