About 6 months ago I noticed a new friend in my apartment. It lived in my bathroom and only came out during the night (not sure how it knows when it is nighttime if there are no windows in the bathroom). I called him Jimmy. Seems harmless. About 8mm in length. Moves fast but is not running away scared. It has now moved to the kitchen. I think it has 6 legs, antennae and a weird double tail.

Here are pictures, low quality because it is tiny and my phone camera is not so good. 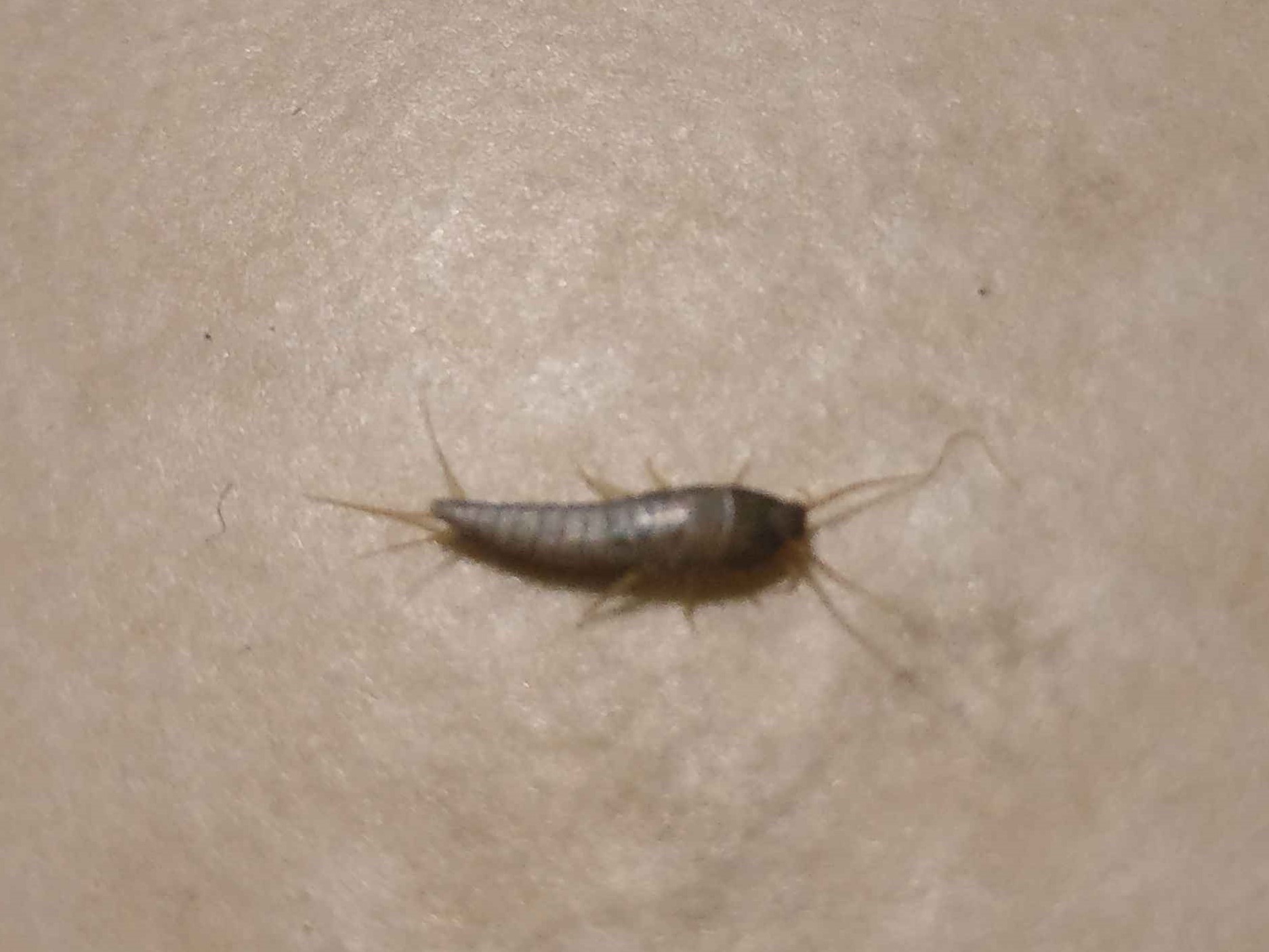 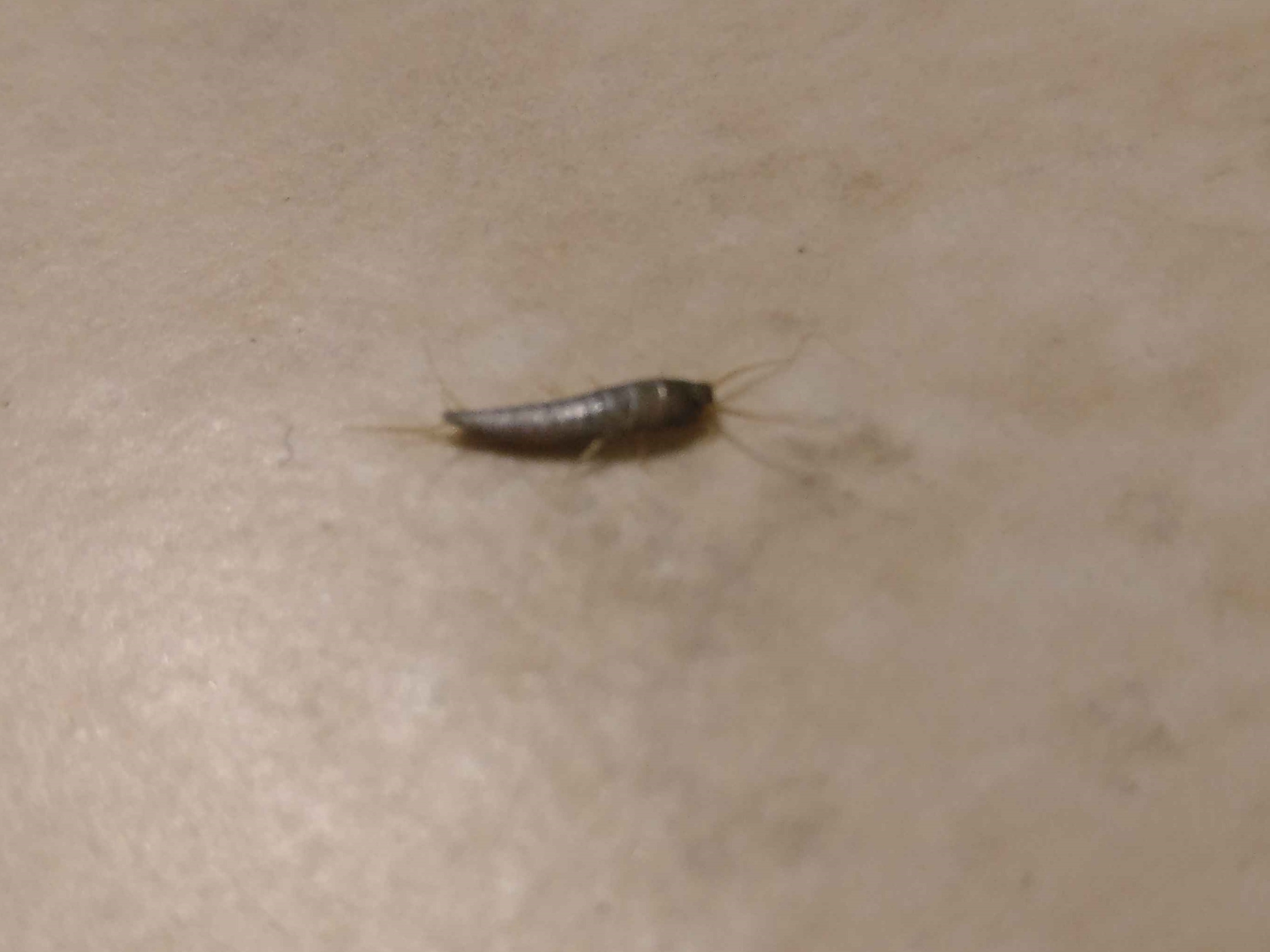 I live in Ireland.

This is, I believe, a silverfish.

This is the picture from the Wikipedia article; 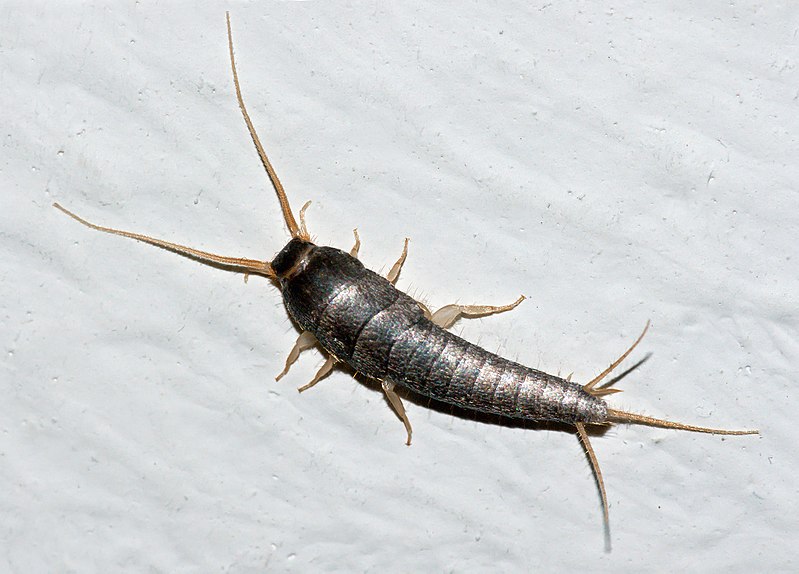 A silverfish (Lepisma saccharina) is a small, primitive, wingless insect in the order Zygentoma (formerly Thysanura). Its common name derives from the animal's silvery light grey colour, combined with the fish-like appearance of its movements. The scientific name (L. saccharina) indicates that the silverfish's diet consists of carbohydrates such as sugar or starches.

They’ve always appeared for me in warm and damp places like the bathroom and indeed, this is confirmed in the Wikipedia article:

They inhabit moist areas, requiring a relative humidity between 75% and 95%. In urban areas, they can be found in attics, basements, bathtubs, sinks, kitchens, old books, classrooms, and showers.

I just wanted to say that they are not considered a pest as some comments are telling you, they are considered beneficial. From the German Wikipedia article roughly translated: "Silverfish in low numbers are harmless. In fact they are beneficial because they eat mold. High numbers of them is usually a sign of a big mold infestation."

I myself sometimes see one or two silverfishes in my bathroom and I've seen silverfishes there (mostly at night or early morning) for at least 5 years and haven't had any problems. So I wouldn't bother throwing them out if there are only a couple.

7
What is this black and white spider with a bowl/tube web in England?
3
What kind salamander is this black and grey one I found at around 11,000 feet near Mt Ritter in the Sierras?
9
What is this black and yellow-striped caterpillar with four toothbrush-looking tufts of hair along the top?
4
What type of lizard is this grey and orange one I found near the Grand Canyon?
4
What is this brown catipillar with white stripes and two black spots near the head in Loveland, Colorado?
2
What kind of toad is this 2.5 inch (6.5cm) one yellow with brown spots and a white back stripe?
4
What kind of spider is this half dollar sized brown one with a darker brown body and a lighter brown strip down its back?
3
Can you identify this large brown spider with particular markings in Charleston, SC?