Where is the true northern/eastern end of the Grande Traversata della Alpi?

According to klingenfuss.org, the northern end of the Grande Traversata della Alpi (GTA) is near Valsesia (Monte Rosa) or at the Val Formazza. Wikipedia has it start west of Domodossola (consistent with Klingenfuss), according to gta-trek.eu the northernmost point is Alpe Devero, north of Domodossola and west of Val Formazza. Cicerone Guide describes a conclusion near Monte Rosa (consistent with Klingenfuss) and Rother Wanderführer appears to place the northernmost end at the Passo San Giacomo between Val Formazza and Val Bedretto, a bit further north than the rest. 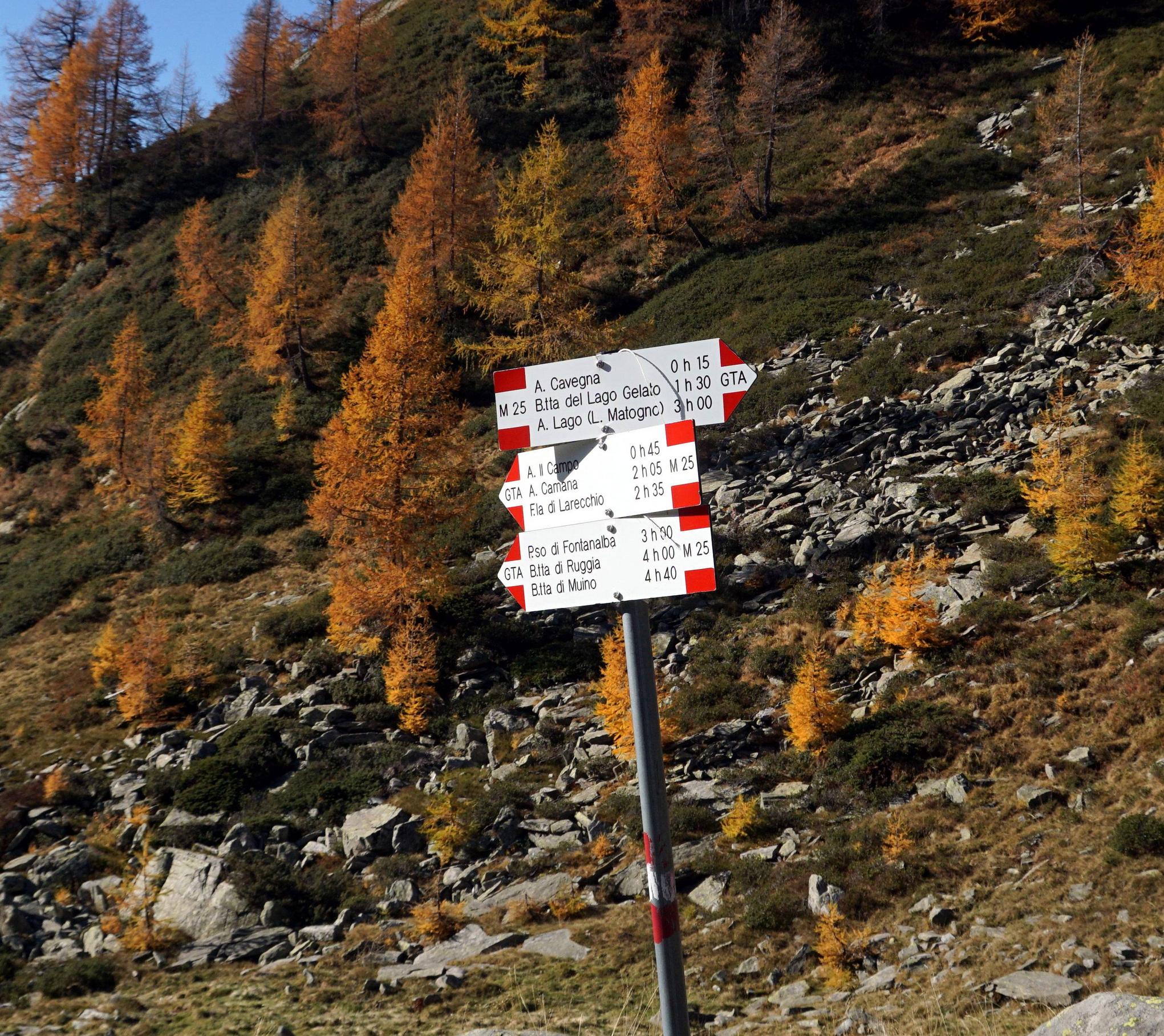 However, I took this photo near the Rifugio Bonasson, well east of Val Formazza, high above the Agrasino, further east than any of the aforementioned sources mention the end of the GTA. The photo indicates the GTA in the direction of Forcola di Larecchio, Bocchetta di Muino, or Alpe Lago. Apparently, neither Valsesia, nor Val Formazza, nor Passo San Giacomo is actually the most northern/eastern end of the route (meaning furthest along from the Mediterranean).

Where is the furthest north/east on the GTA, really?

According to the Italian language Grande Traversate delle Alpi, Vol. 2, the GTA continues to the Lago Maggiore, which (unlike any other description I've seen) would be consistent with the photo I took above the Val Agrasino. According to a review of this book, the northern/eastern end would be Cannobio at the Lago Maggiore.

Not the answer you're looking for? Browse other questions tagged preparation thru-hike alps italy or ask your own question.

32
Where in the Alps is it safe to drink the water without filtering?
5
What are the most recommended guide/maps to bring on a PCT thru-hike?
9
Where can I find current information on shelters in the Swedish mountains?
8
Is there an equivalent of “The A.T. Guide” for the Pacific Crest Trail?
7
Where can you find an online elevation profile of Tahoe Rim Trail?
11
Within the U.S. Grand Circle area, where is the number of daytime trail permits limited?
3
Where can I find an online elevation profile of the Cohos trail?
8
Long term autonomous winter expedition northern Quebec/Labrador: Advices/questions
4
What's a good time to see autumn colors in the Maritime and Cottian Alps?
7
Where can I find resources to find user-contributed GPS tracks?