What is this bug please? species-identification 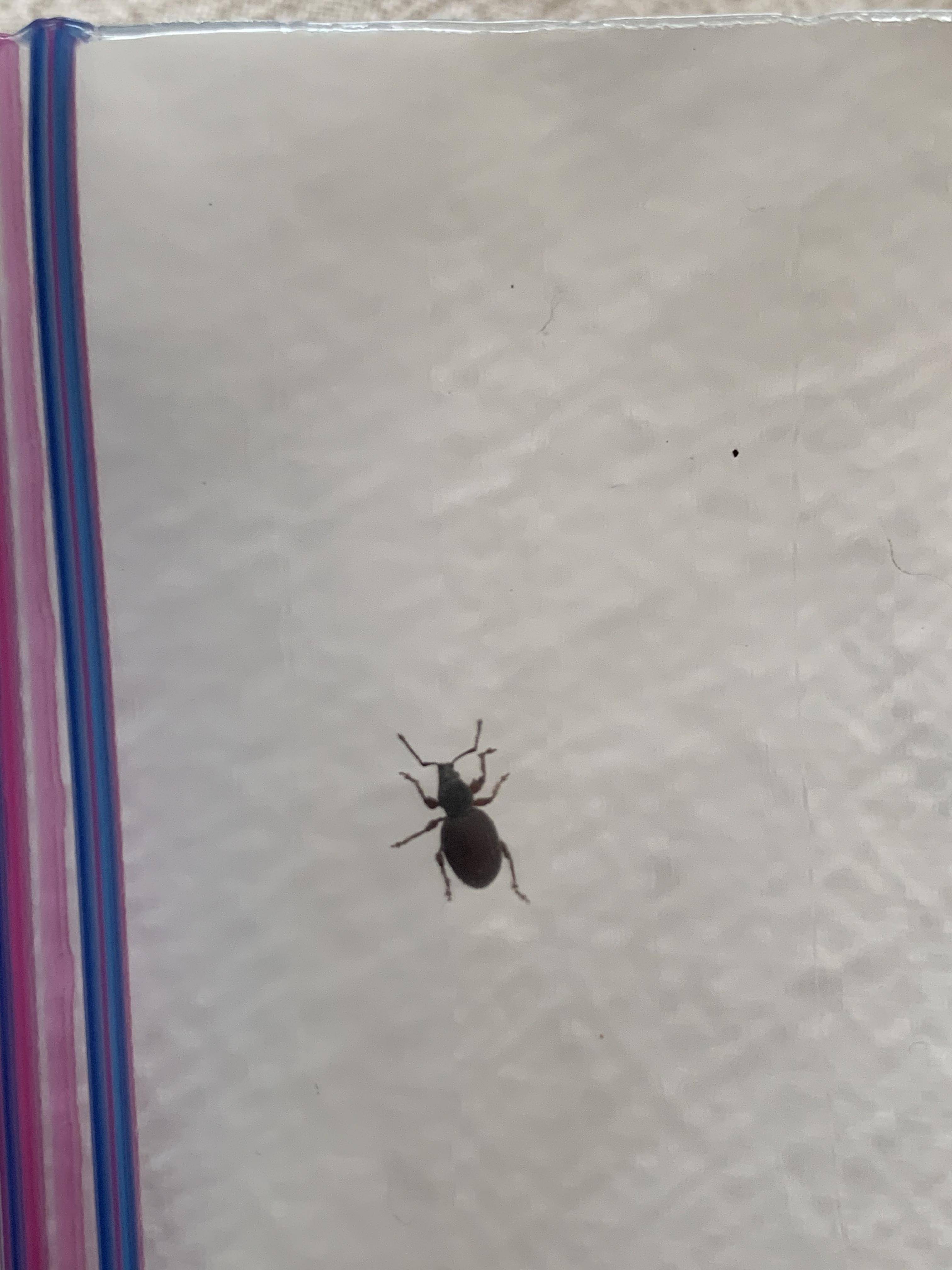 Hi, just found this bug and was curious if it was a tick or a beetle? Found on a bedroom pillow, Quebec, Canada, about 1cm long Thank you!!

This is most definitely a beetle. All adult and nymph stage ticks have 8 legs, although larval stages have 6 legs. Larval stages are tiny (~2 mm), so this is not a larval tick, despite the 6 legs.

So, what is it? Well, out of the many many species of beetle (~400,000 species), there is one very large group, of which this is almost certainly a member - and that is the weevil superfamily (still 97,000 species). The distinguishing feature from other groups of beetles is the elongated rostrum or snout, which can't be seen in your photo, but creates a distinctive head shape.. Closer than that I can not work out which one it is - would need a picture of the colours and many other identifying features to work that out. There are however some common species, such as the clover root weevil that are fairly widespread. Some other common ones in Canada can be found here

Not the answer you're looking for? Browse other questions tagged bugs or ask your own question.

9
What built these mud structures (Ohio, USA)?
3
Big black bug in Southern Germany
4
Why do different kinds of bug bites itch in different ways?
8
Is this tick or spider?
7
Using paddles to support a bug net
6
What is this tiny round shiny black bug that bites?
3
What specific species of grasshopper is this, and is it an invasive species that I should kill?
3
What Bug is this? Is it a Flea / Bedbug / Chigger / Mite?
0
What type of ladybug is this?