Found some old Zippo Lighter Fluid at home but I could not find any best before date. I think it is somewhere between 15-20 years old (new box to the right). Safe to use or should I buy new fluid?

I know that normal gasoline lasts about six months and fuel-stabilized gasoline keeps for one to three years.

According to this thread however there's nothing in lighter fluid (naphtha) that can go bad. 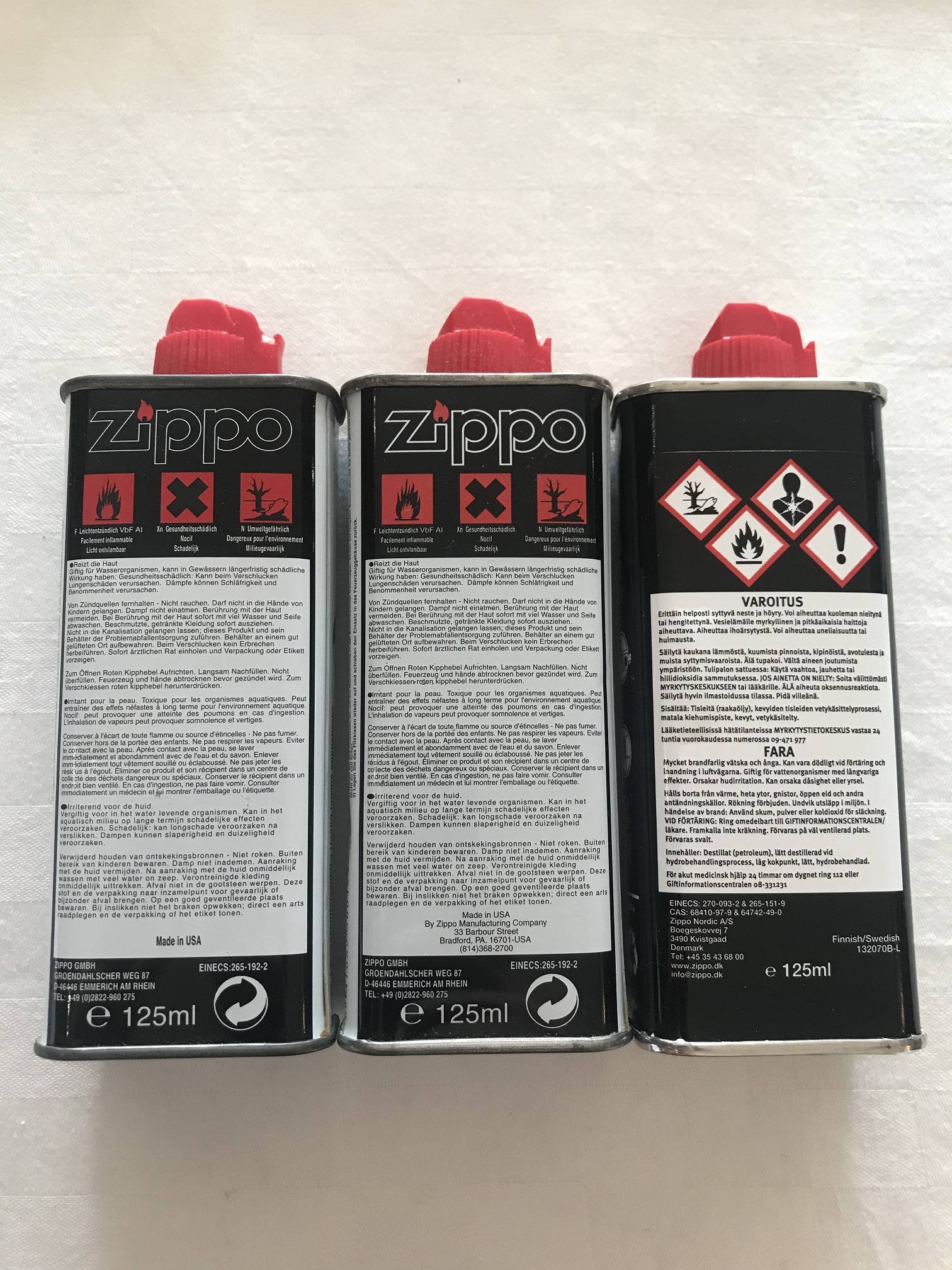 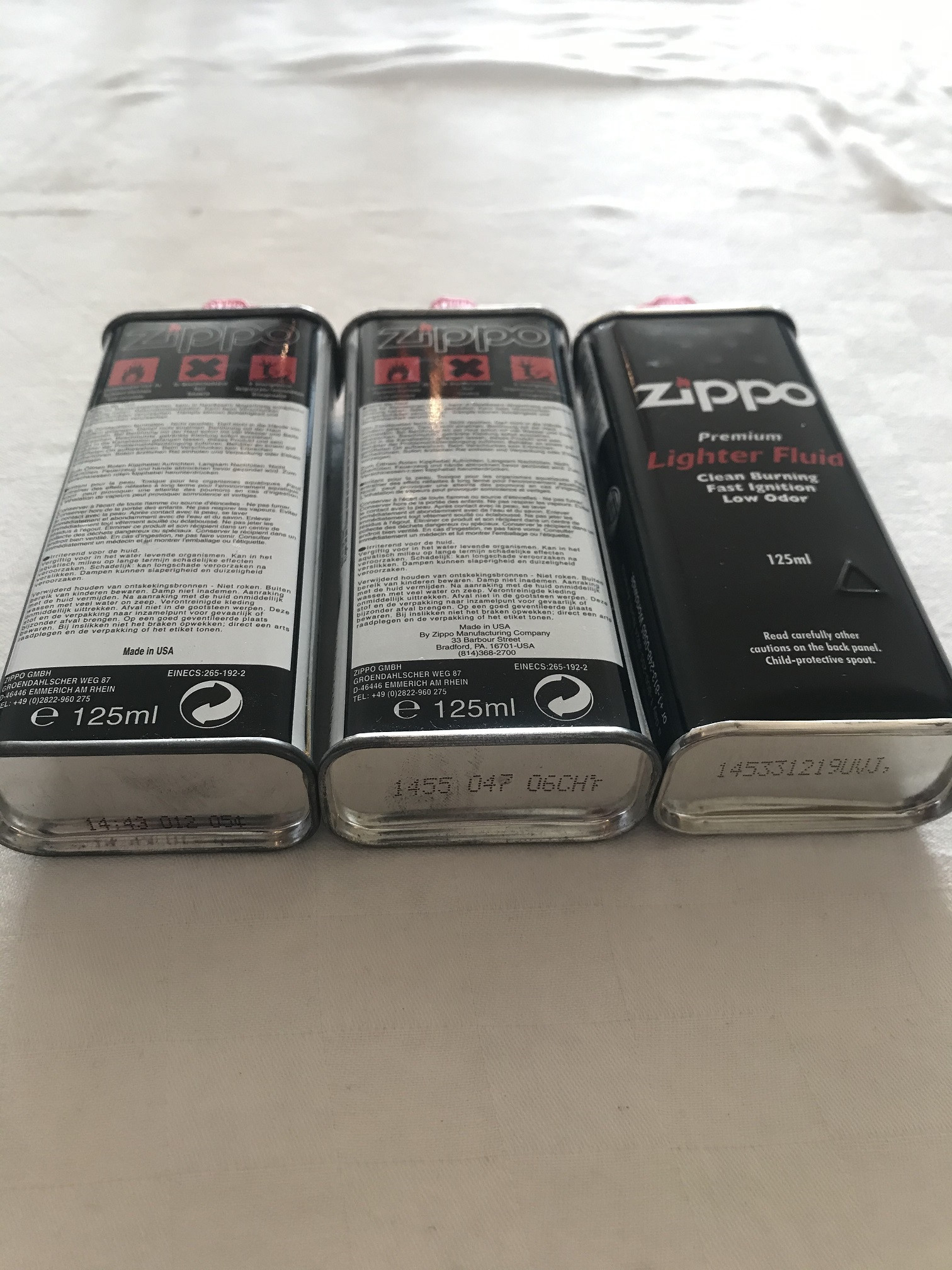 Vehicle fuels have to do more than just burn. They have to ignite as expected, not clog fuel filters and not bring too much water with them; they may also have to lubricate. This means old vehicle fuels might run rough or have trouble starting. Old vehicle fuel can still be brunt in unfussy engines, at least if mixed with fresh in small quantities. New car engines can be very fussy though.

You don't say what you're using the Zippo fuel for, but for the vast majority of cases it shouldn't matter - Zippos and even stoves that run on this sort of fuel are much simpler than engines. The worst that's likely to happen is a slightly smaller flame, if lighter fractions have evaporated more than heavier ones, and that's unlikely if the container was tightly closed.

If you are worried about putting it in a lighter or something, spurt a bit out in a safe container and light it up, see if it burns to your satisfaction, if it doesn’t, pitch it. It costs $4.50/12 oz on amazon, so if you are worried about it fouling up anything you value, again, pitch it or put 50 cents on each and have a yard sale.

Not the answer you're looking for? Browse other questions tagged fire or ask your own question.