How can I clean water filter's intake filter?

I have an MSR "trailshot" hand-pump water filter which works well for me on trips where I've felt the need for such a thing.

Unfortunately, after some usage in what turned out to be a rather slimy lake, the intake filter (which I think is sometimes called the "macroscopic" or "mechanical" filter) is in a bit of a sorry state and all gunked up and the device doesn't work as well as it used to. Here's a couple of photos from each side of it: 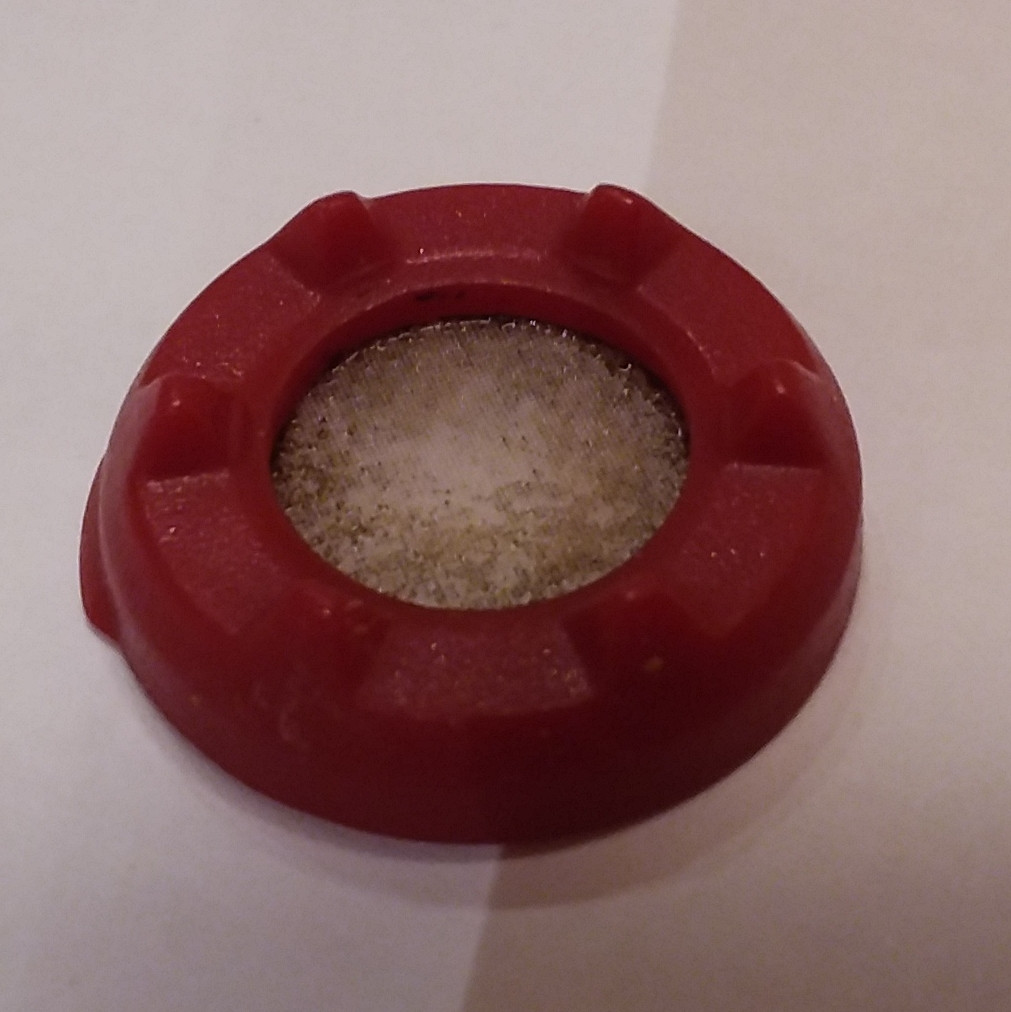 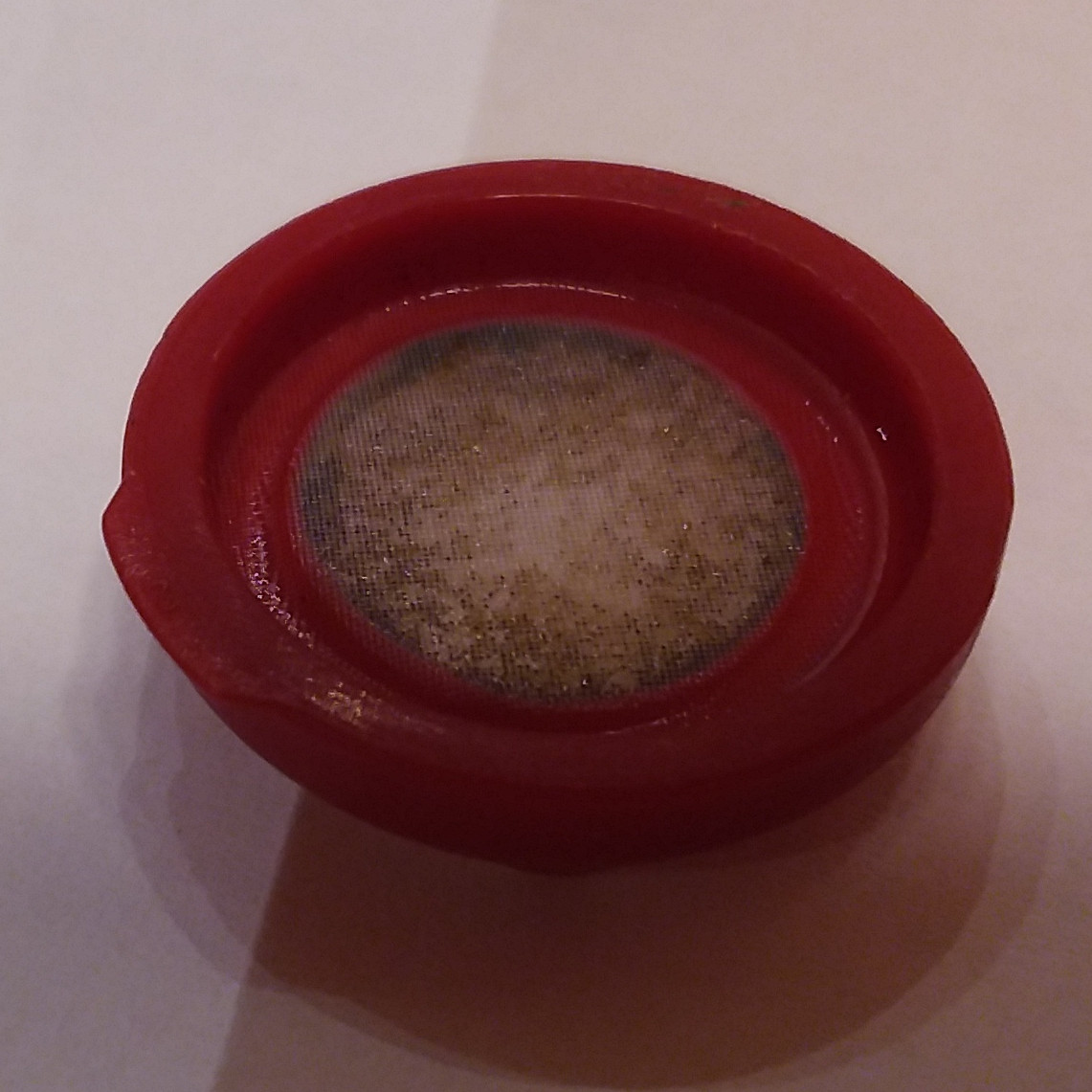 All the clogging seems to result in the water filter's chamber being slow to refill in the expansion phase (compared with how it used to work when the intake filter was clean). The compression phase which drives water through the main filter cartridge works fine, and if I remove the intake filter it seems to function as freely as I remember it doing before it got gunked up (which is all very well pumping tap water as a test, but obviously that'd be highly undesirable to use it like that "in the field").

MSR do sell replacements but so far as I can find only accompanying a full main filter cartridge (which I don't think I need yet), and at ~2/3 the price of a new device (example vs. example) it seems overkill.

Any suggestions how to best clean this filter up? Washing it or lightly rubbing it with a finger or a cloth does nothing. Poking at it with a pin (as yet untried) might work better... but would take forever. Something a bit more mechanically and/or chemically powerful maybe? I think the fact the gunk is organic (algae?) is part of the problem; the filter has been degraded by silt/sand before but that always washed out relatively easily.

Try scrubbing with a toothbrush. In addition to scrubbing, push the toothbrush bristles through the mesh. Wipe the bristles off when they poke out the other side, otherwise you pull the same gunk right back into the mesh when you remove the brush.

If the toothbrush seems helpful but not quite the right type of brush (bristles too soft, not long enough, etc) look for similar types of brushes. Eg, hoof picks (intended for cleaning horse feet) also have a brush that's like a larger, sturdier version of a toothbrush. Or try a fingernail brush. Or just a different brand of toothbrush, or one with stiffer bristles.

I soaked this intake filter piece in bleach for a few hours (not sure how much difference that made; it looked less grungy but still partially blocked), rinsed it well, then gently scrubbed it with a nail brush under gently flowing water. The brush bristles were too big to poke through the very fine filter mesh, but that didn't seem to matter and it still cleaned it up very nicely, and once reassembled the expansion cycles to refill the pump chamber are much faster... the gadget now feels like it's working just as I remember it used to work before it got clogged up.

How it looks now, against a black background this time (any apparently remaining blockages in the mesh are just water droplets I think; it's not completely dried out yet). 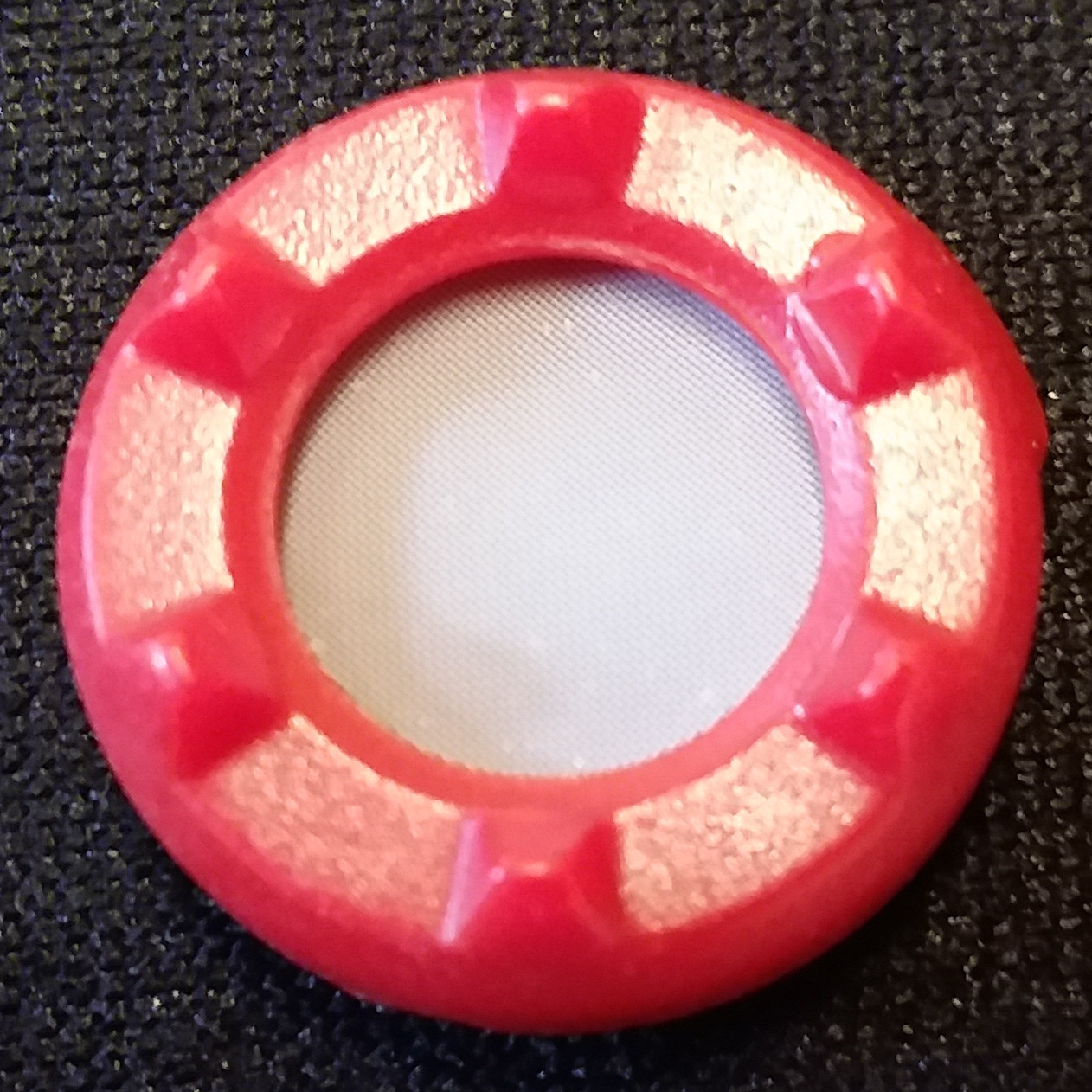 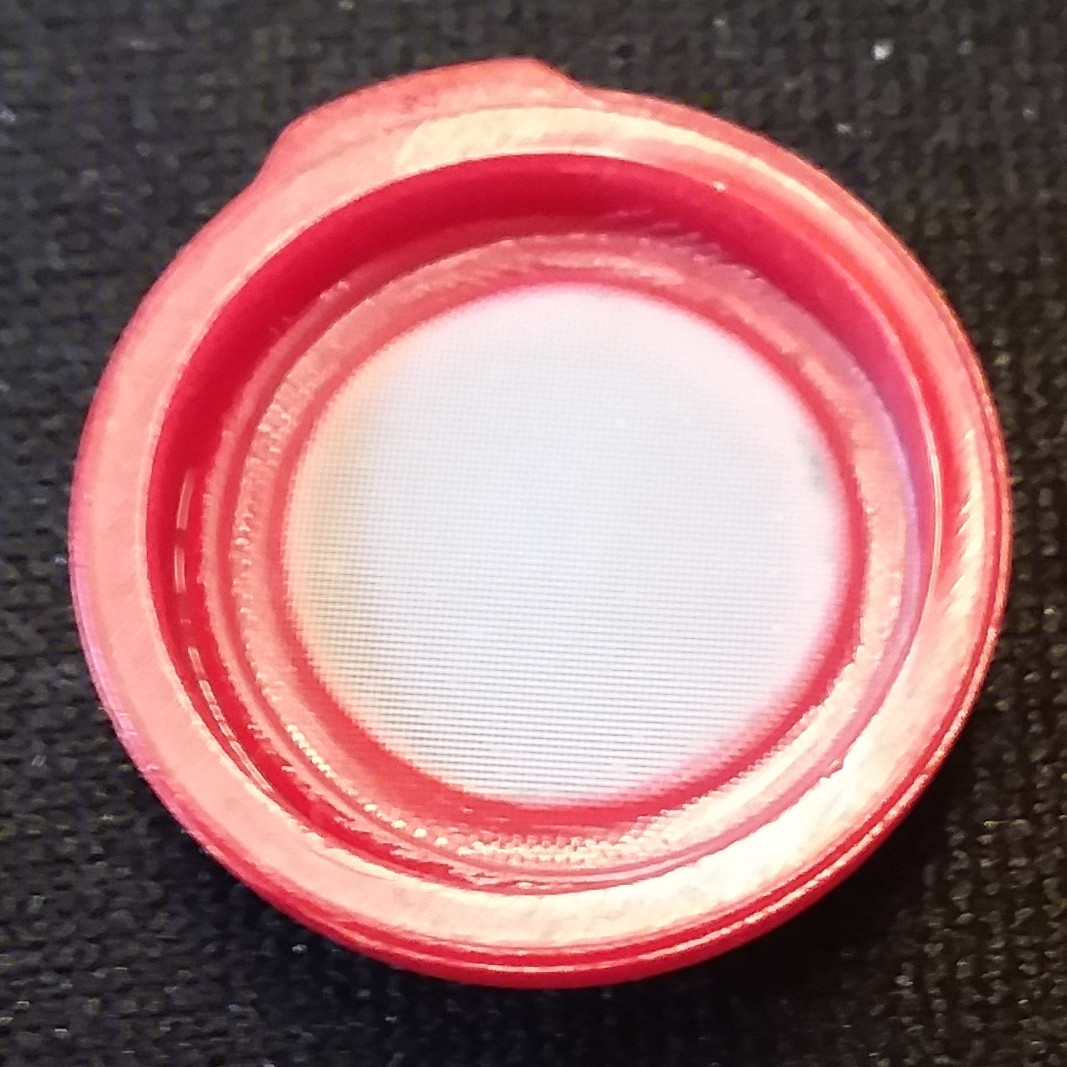 Not the answer you're looking for? Browse other questions tagged water-purification repairs maintenance cleaning or ask your own question.