Longest "1-mountain" hikes in the world

What are some of the longest "single mountain" hikes in the world? That is, hikes which more or less go up one mountain. Specifically, let's say we're looking at the following criteria:

plus the following optional criteria:

Aconcagua, which apparently is non-technical if ascended from the Northern route and does not require axes or ropes. Aconcagua is 6,961 m high. The hike in starts from a village (Puente del Inca) at 2740 m, making the climb 4,221 m in altitude. It seems that it normally takes between 12 and 20 days to climb, mostly because of the need to acclimatize to the altitude, and the need to hike an extended route to approach the Northern side from Puente del Inca - this is probably fairly flat along a river valley, but will show some continuous climb because of this. Because of the altitude, you will need to have at least ascended some ~5,000 m mountains before attempting Aconcagua.

The climb proper starts at Plaza de Mulas (i.e. basecamp) at 4,370 m and there are 3-5 camps (i.e. nights) between there and the summit for ascent. I would assume that you could descend faster than ascend and probably make it back to Plaza de Mulas (feel free to chime in if you have been to Aconcagua) with maybe one night somewhere in between. It looks like, from wikivoyager that you need a permit to hike in the park, but do not need a guide. There are rangers who will assess your fitness at Plaza de Mulas before you ascend.

Another close contender Kilimanjaro - the highest free-standing mountain in the world. It is ~4,900 m above the plateau on which it stands, and takes about 3 days to hike to the peak, much of which is required for acclimatization to the altitude (thanks to @BenCrowall for pointing this out). People are required to have a guide and permit for the mountain, but it is fairly well established as a hike.

bob1 gave an excellent answer for the case where we relax the criteria that the hike be accessible without a guide or expensive permit. If we keep that criteria, possibly the longest uphill hike in the world is Mt Fuji from near Fujinomiya city, via an extension to the standard Fujinomiya trail.

Here is the route, 20km long with nearly 3500m of elevation gain.

It is not an established hike as probably almost no one hikes this route, though it does follow most of the "Mt Fuji from the sea" route (which itself is longer, but involves a lot of walking along paved roads).

Mauna Kea in Hawaii is higher at 4200m, but there is no trail directly from the ocean to the summit (though in theory it seems possible to build such a trail). The hiking trail to the summit starts from the visitor center and has around 1500m of elevation gain; there's no way to extend it to the sea without a LOT of walking on roads.

Potentially even longer climbs might exist in the Andes (and which don't require expensive permits like Aconcagua). I don't think there are any other places in the world which may have candidates. Nearly all trails in the Himalayas/central Asian mountains start at a high elevation. New Guinea has mountains even higher than Hawaii, but most of them require technical mountaineering to climb (and all are quite remote). 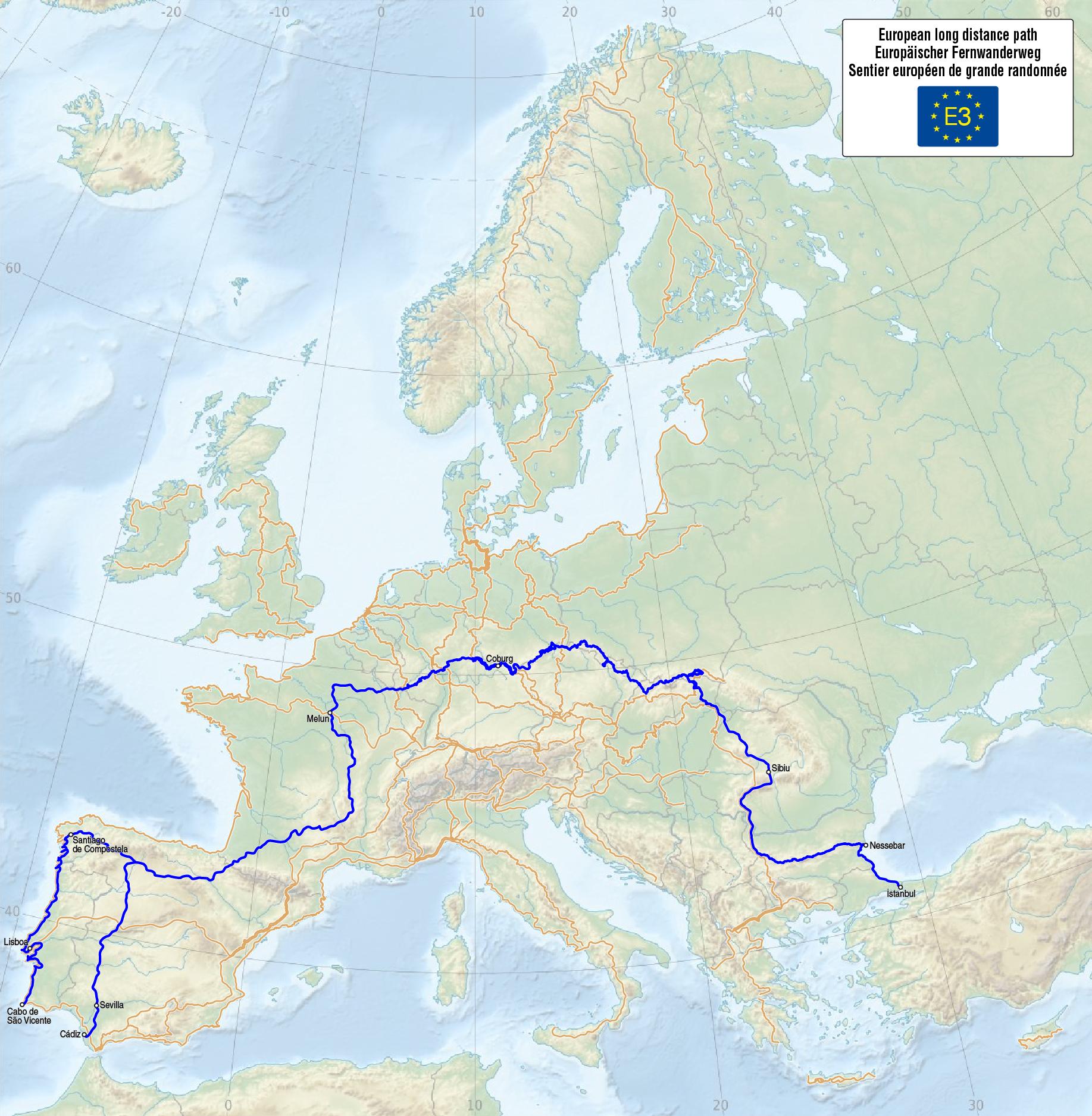 E3 is a long mountain "trail" spanning multiple mountains. It takes about an year for an experienced hiker to complete.

It does not adhere to point 1 in your question, so that`s probably a dealbraker, but it does adhere to all the later points.

27
Is there a definitive list of the tallest mountains in the world that require little or no mountaineering experience?

20
Washing clothes on long hikes
27
Is there a definitive list of the tallest mountains in the world that require little or no mountaineering experience?
21
Raw meat on hikes
6
What hikes are must-do at the Grand Canyon north rim?
20
Maintaining a Mountain Hut
5
Easily accessible, short hikes in New Mexico?
12
Effective breathing techniques for high inclination, tougher hikes
70
Etiquette of playing musical instruments on popular hikes
10
Long distance hikes with small children
5
Similar hikes to Mont Blanc 100 mile loop in the United States?