I recently had two pairs of climbing shoes die in a very similar fashion: the right toe blows out, leaving a flapping piece of rubber near the bottom tip of the shoe (see photos). This is very different than my previous shoe deaths, where a deep-and-widening “V” develops in the rubber around the toe, until you’re climbing on/through the rand.

I presume this has something to do with my footwork, and I would like to know what it may be so I can work on improving it/preventing these blowouts in the future.

Possibly relevant is the fact that both pairs of shoes had been previously resoled. That included new toe caps though, so I don’t think this should be a problem where the rand is giving out under the sole. (Not sure how far under the shoe the new toe caps go, but maybe the connection between the toe cap and the original rand is weak and that’s causing the problem?)

Most recent blowout on La Sportiva Katanas; shoe seemed relatively fine with only a small dip in the sole rubber prior to blowout: 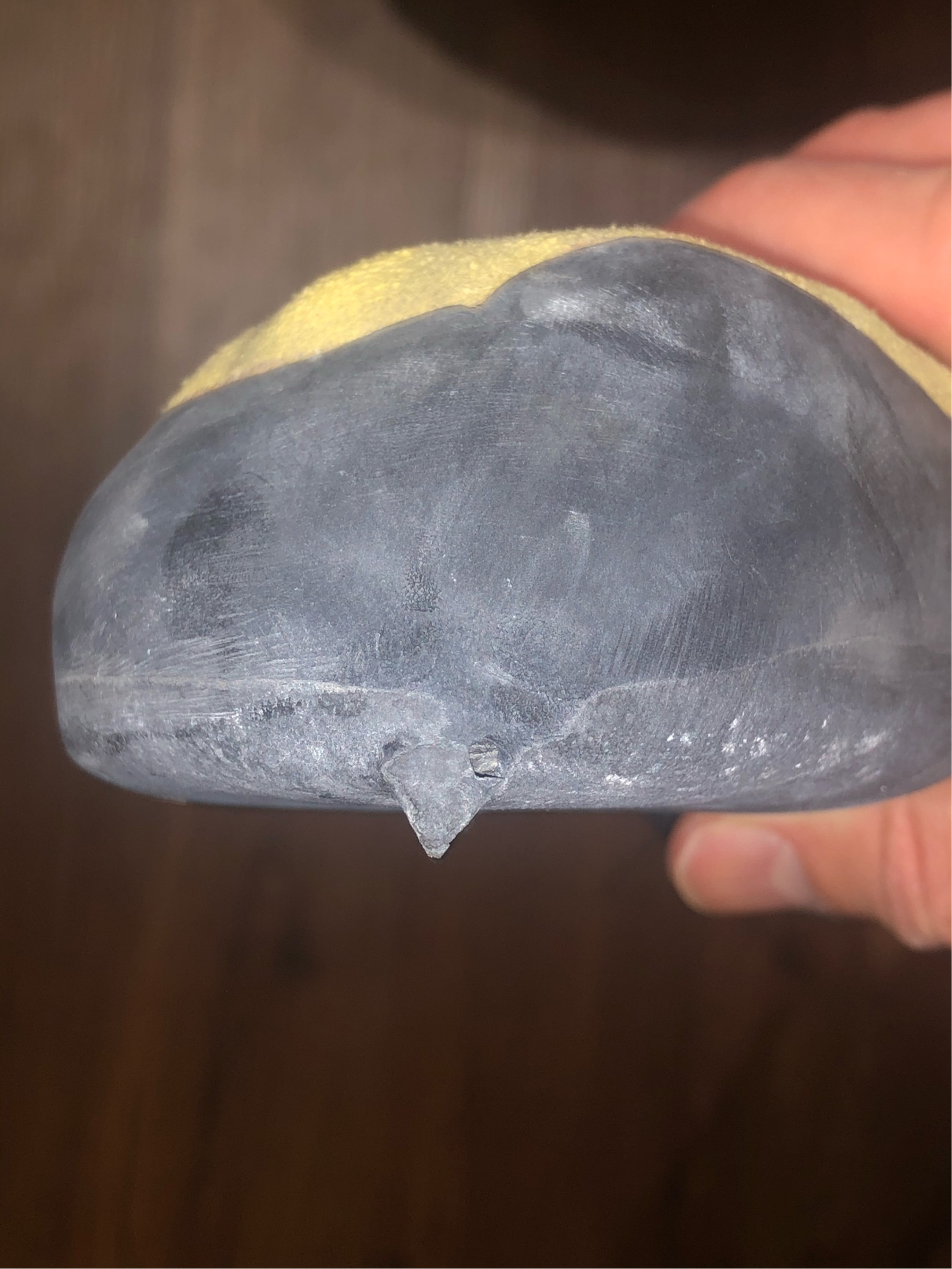 Previous blowout on La Sportiva Finales; obviously had been climbed on a bit too long, but no sole issues in the area of the blowout prior to it appearing: 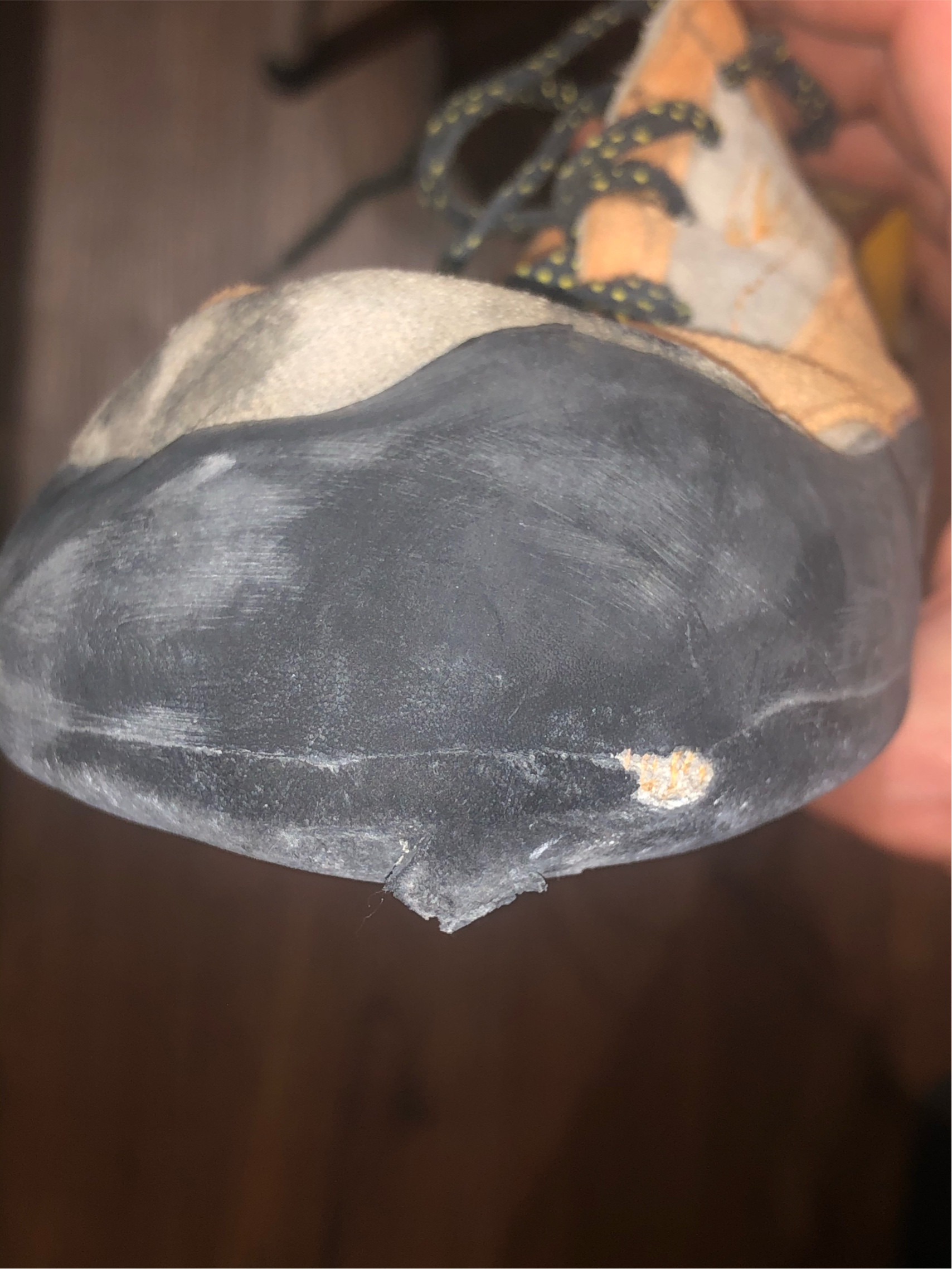 Those look like tears to me. Something is causing a weak spot, perhaps a sharp point you stand on on of your regular climbs, then failure along stress lines to the toe.

It's possible that the resole is not as strong as the original sole. If the damage correlates to the edges of a pattern in the resole then stress lines would appear. Though both pairs seem reasonably well worn at the point of failure (edges well rounded), so perhaps the primary cause is that you've worn through the new sole and it's time to send them back again.