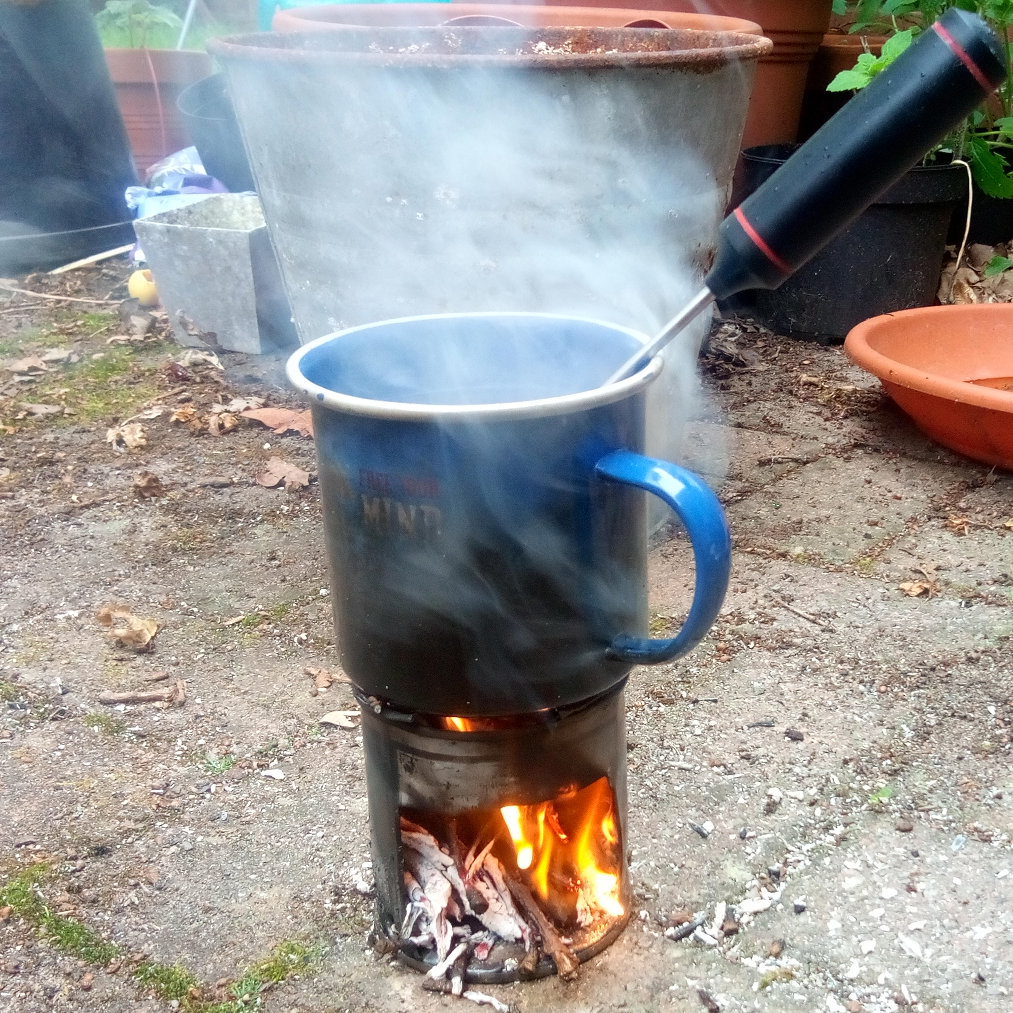 I added a grate made of wire gauze (cut from a sieve) and tested it in the field on a recent bike tour, using pine twigs. The ground was still very flat, stopping airflow from the large base hole, but burning was better with the base of the fire above the side holes. It's hard to compare directly with the different wood as well, but it did seem more successful and to need less blowing and top-feeding. It's still only a plan B compared to meths, which itself was improved considerably for building a little drystone wall most of the way round reaching about half way up the cup (rounded stones meant plenty of gaps for air). That was at a different spot so I couldn't test wood+wall.

9
Cookware: Why not Copper instead of Titanium, Aluminium or Stainless Steel?
4
What can I burn in an open cup burner stove?