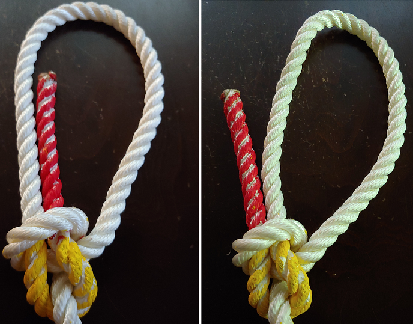 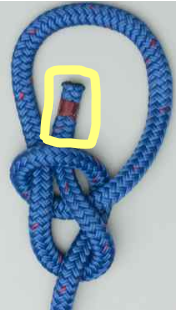 29
Bowline knot, end at the inside or outside?

29
Bowline knot, end at the inside or outside?
7
What's the easiest to release, though solid, knot "on a bight"?
8
This isn't a double overhand loop -- what is it?
11
Top Rope Anchors - is a figure-8 on a bight stronger or just easier to untie than an overhand knot?
6
Does inside vs outside make a difference in a bowline on a bight?
5
How to use a static rope as a tether at the anchor of a top rope climb?
5
Can an overhand loop be used to shorten nylon webbing as a personal anchor?
3
What knot was used by my mountain guide to tie me in to the middle of a rope?
7
Help troubleshooting bowline knots
1
Tying a loop on a bight to a ring or rail without the ability to go 'over' the ring