What specific species of grasshopper is this, and is it an invasive species that I should kill?

I just discovered a huge (6-8 cm, ~3 inches) insect in our potted Astilbe plant. As far as I can tell it's a grasshopper but I don't know which kind exactly. From what I can find in the Dutch species register, it looks the most like a Tettigonia viridissima, but the section on identifying those says they are 30-35mm long, the one I found is definitely double that size, since it was as long (a bit longer even) than my thumb when stretched out.

Most grasshopper species I know (and have seen) in The Netherlands are smaller, which makes me suspect I may be dealing with an invasive species, and I might be better off killing it now, because it looks like it was laying eggs. Before just killing it though, I'd like to make sure I haven't missed anything, and I would appreciate some help in identifying this insect. Below is the best picture I have of it, which is most true to it's actual color and shows the entire insect. I took a few other shots as well: a close-up of the head, a close-up of it's backside showing differently colored stripes, and a picture from the side, which I suspect shows it's laying eggs?.

Can anyone identify this species for me, and if this is an invasive species? 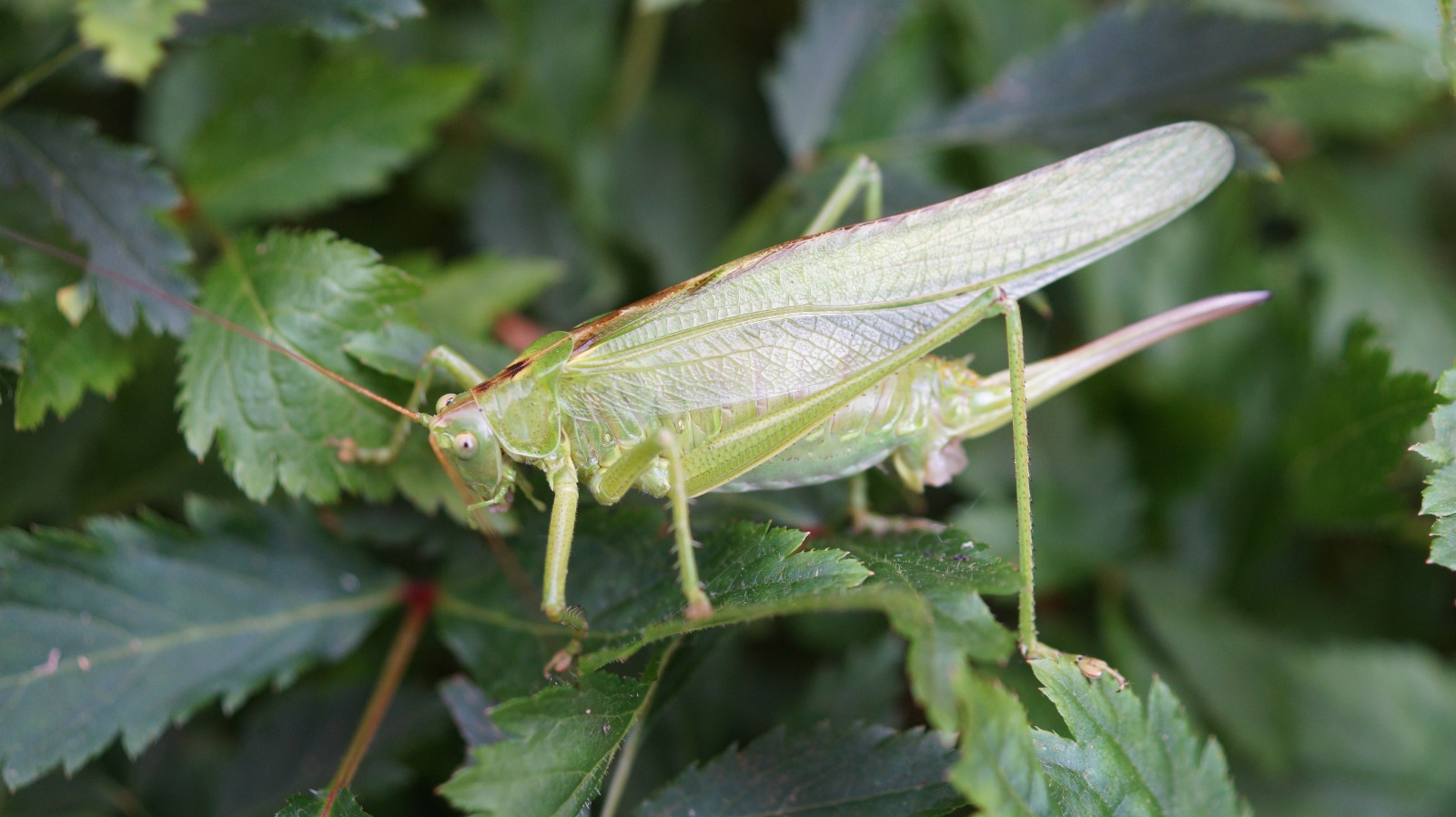 https://www.britannica.com/topic/long-horned-grasshopper-2096594
The image on this page looks almost identical to yours, and it is a female if I read the page correctly so it could well be laying eggs. They're native everywhere but Antarctica, though most common in the tropics.