What causes these raised earth pathways in soil? 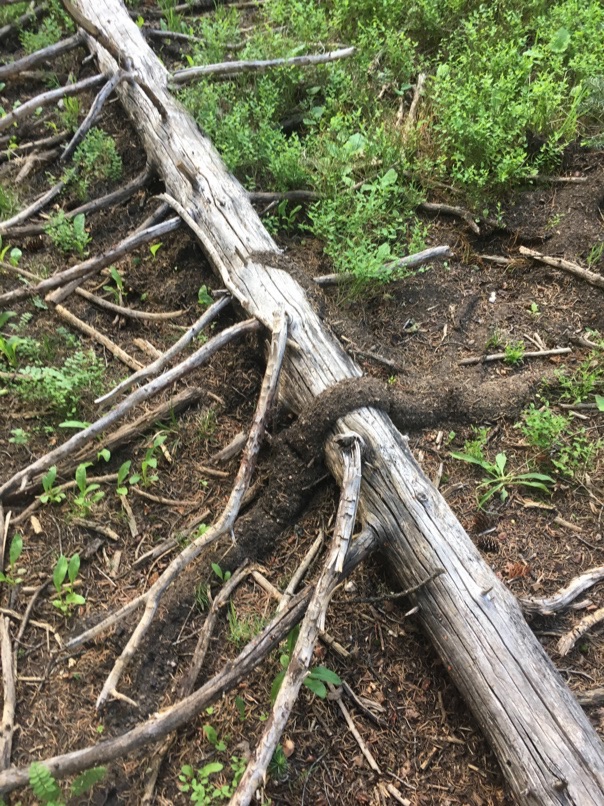 I see these all over at elevation in Colorado and I can't figure out what causes them.
They look like the tracks Bugs Bunny used to make when he was traveling underground.
As far as I can tell they are not hollow though, and the fact that this one formed over a fallen tree makes it even more mysterious to me.

Updates after questions: The soil mounds are very rounded, and have a diameter up to about the size of a soda can.

They are also made up of what seems like ordinary unmodified dirt. eg. they are not hardened mud. They crumble like the surrounding soil, perhaps a tad easier because they are not compacted.

I think this may actually be a pocket gopher burrow, but the key detail I was missing was that they are made under the snow.

The pocket gopher eskers (sometimes called earthcores) in this doc look very similar to my observations: 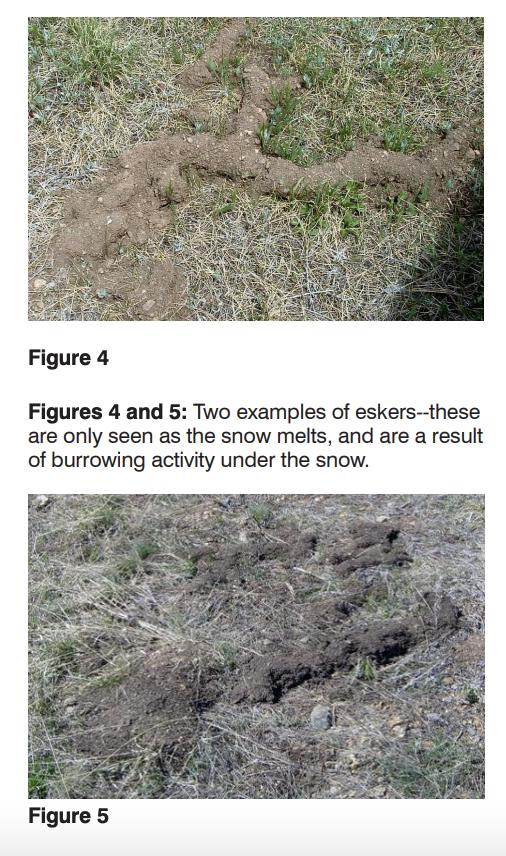 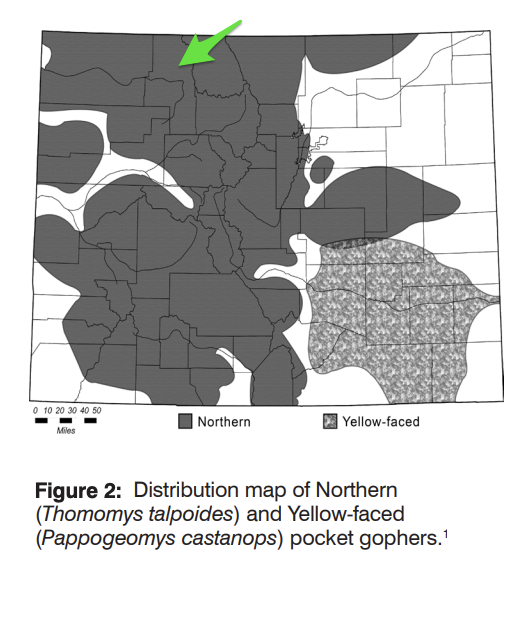 So my working theory is that the pocket gopher prefers to burrow where it's easiest, by pushing the topsoil up into the subnivean zone where there's an air space and a place for soil to go. That subnivean zone continued up and over this tree, because the tree is warmed by the surrounding soil and would melt an air space above it as well.

The weakest part of this explanation is that that pocket gopher dragged dirt up and over that tree as he encountered a hard wood obstacle that continued to form that dirt arch. I imagine the snow cover would work to contain his cast off dirt into that arch shape as he worked. The arch may be what's left of the dirt that lined a snow tunnel that he used all winter. As the snow melted It collapsed into a more or less solid tube of dirt.

These are mole tunnels. See also this image. Although admittedly, though hiking in the Colorado mountains for 25 years, I've never seen a tunnel cross over a tree as your picture!

I don't know, or have evidence that this is 100% the work of termites, but I wanted to share why I think it is and provide some evidence that was much too long for an additional comment.

There are at least 45 species of termites in the US alone, and in other countries it is common to see mounds 4 to 5 feet tall or more. They have also been known to build large nests that look like a basketball sized or larger dirt ball in trees.

Some of the largest mud constructs (mud tubes) found in the US have been up to 24" wide, so the size of a soda can is not out of question by any means.

Termites do not do well, and die quickly when exposed to too much sunlight so they build several types of mud tubes to get around, some are small paths back to the ground, some are large termite highways that may transport them by the thousands.

What Are Mud Tubes Used For? Termites typically use dirt combined with the saliva and their own excrement to make tubes. This gives the mud a consistency that is easier for them to build with and shape. They build these tubes around their nest and there are several different kinds.

Further more due to the shape, length and location of this particular oddity, it would make sense for it to be termites rather than deposits from running water as there are no other signs of highwater such as small sticks and other debris that would have been carried with the water and the other debris around the dirt tunnel seem untouched especially being near a fallen tree that would work as a dam.

It's either that.. or a sasquatch that had Taco Bell..

Not the answer you're looking for? Browse other questions tagged forests or ask your own question.

6
PICTURED - What causes this sort of clearing?