What is this long brown bug

Seemingly out of nowhere a long insect creature appeared (jumped?) on my PC screen and startled me. Seems to have 6 legs and antennae. Moves slowly, but apparently has a very strong grip. Its size is about 2.5cm (1") The bug was found in the capital city of Bulgaria, EU.

An app identified it as a house cricket and then a box bug, but while it does look like that I couldn't match a picture that looks identical.

Looks something between an adult gonocerus acuteangulatus and rhombic leatherbug but it has longer and thinner body. Most likely in the family Coreidae. 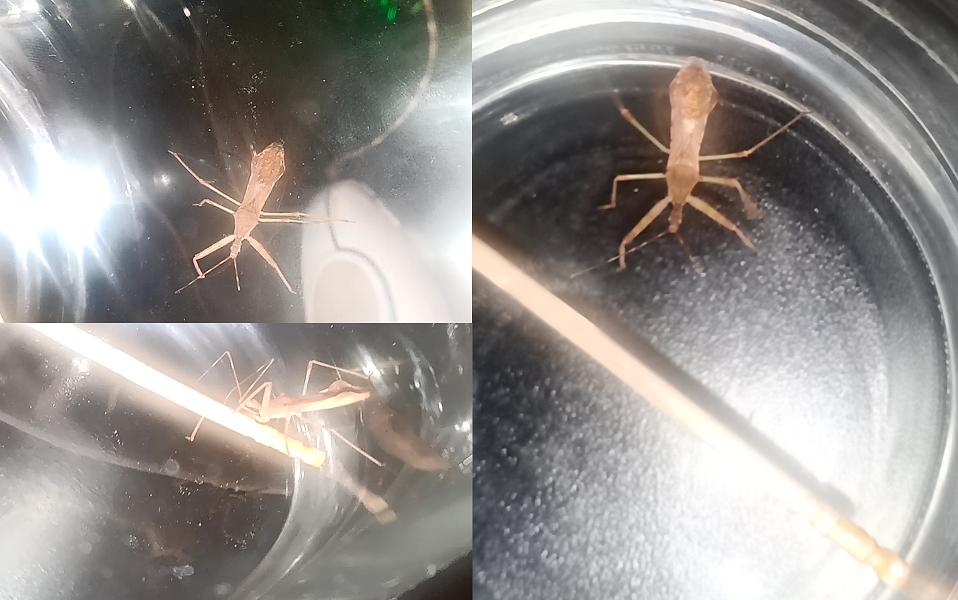 From Wikipedia: Nagusta goedelii is a species of assassin bugs in the family Reduviidae. This species is present in Central and Southern Europe (Austria, Bosnia and Herzegovina, Bulgaria...

Recently, I nearly recovered from Indianmeal moth infestation and it is possible that goedelii fed on them.

2
What bug is this?
4
What kind of spider is this half dollar sized brown one with a darker brown body and a lighter brown strip down its back?
7
What is this tiny round shiny black bug that bites?
19
What is this red bug infesting some trees in southern Germany?
3
What is this long brownish bug (found in Maine home in early August)?
2
What bug is this behind my drapes?
3
What Bug is this? Is it a Flea / Bedbug / Chigger / Mite?
2
What is this very small bug with brown and tan spots?