Anyone can help me identify this animal? It walks like a cat and climbs trees like a monkey. No tail is visible in the video. This video was captured in Arunachal Pradesh, a provincial state in the north Eastern region of India (Asia), during night time. Image is attached (Not very clear though). 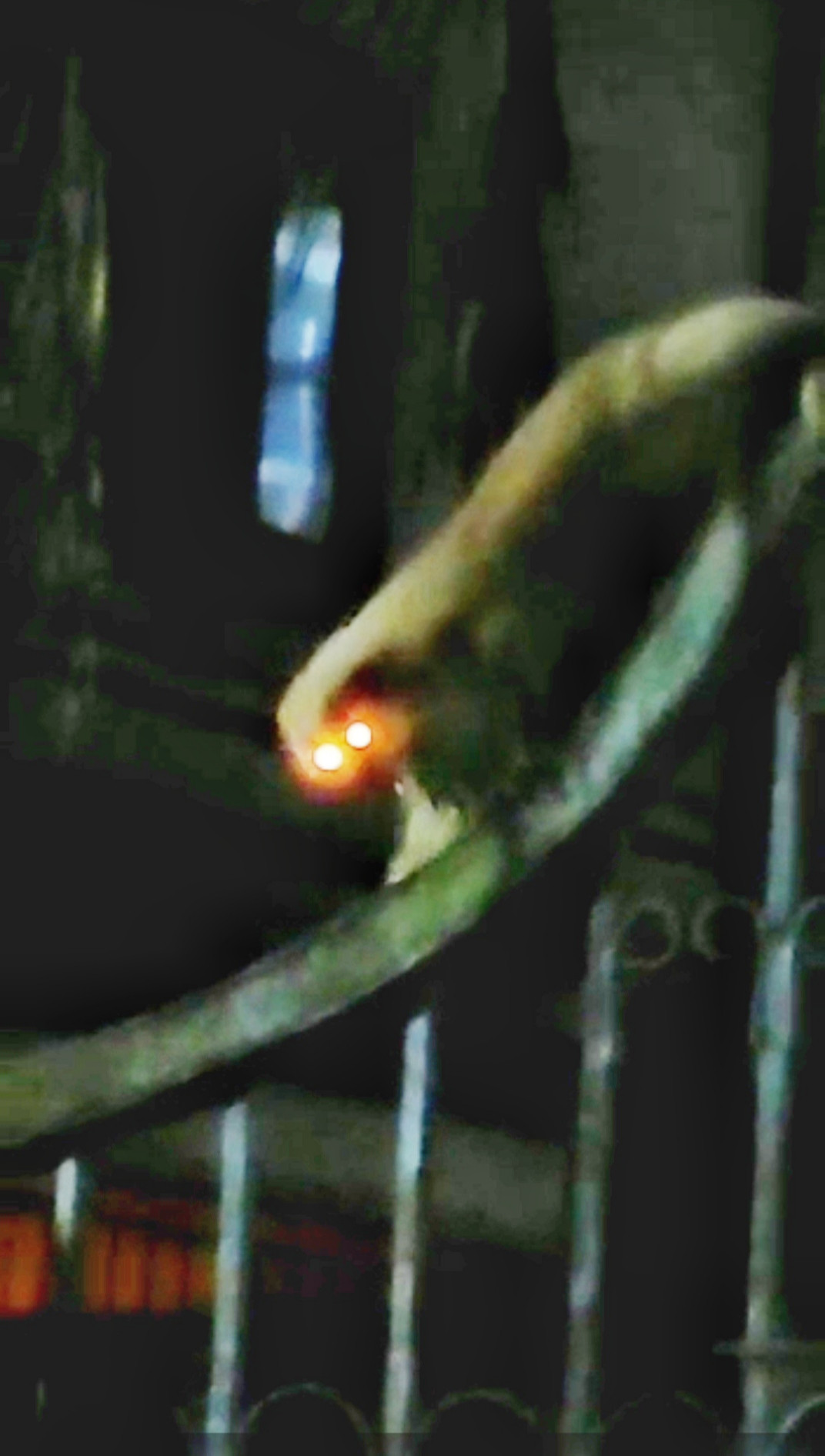 The Bengal slow loris is found in the extreme north east of India, including Arunachal Pradesh. Most of the slow lorises are found further east.

I've seen other slow loris species in zoos, and the eye-shine from the big eyes is good, the movement is good, and the size (as best I can guess from where it's climbing) is good. Two major identifying features are the lack of a tail (they have a vestigial tail and the dark stripe down the back, visible at one point in the video. The face is too short for mongoose species, and that deliberate climbing along narrow things isn't good for mongooses either. Similarly slow lorises are properly nocturnal, while mongooses are diurnal/crepuscular.

According to Prater The Book of Indian Animals, we should also look out for dark circles around the eyes (masked by the eye-shine in the video). I would expect the nearby habitat to be dense forest. Slow lorises can apparently be tamed and kept as pets, so it's possible the one you saw was an escape, especially if the habitat is wrong. If it's truly wild you were lucky to see it at all.