Do deer know they're safe from hunting in cities?

I was just up in Prince Rupert, BC and there were deer all over the city. Saw some earlier this summer in Port Alberni as well. 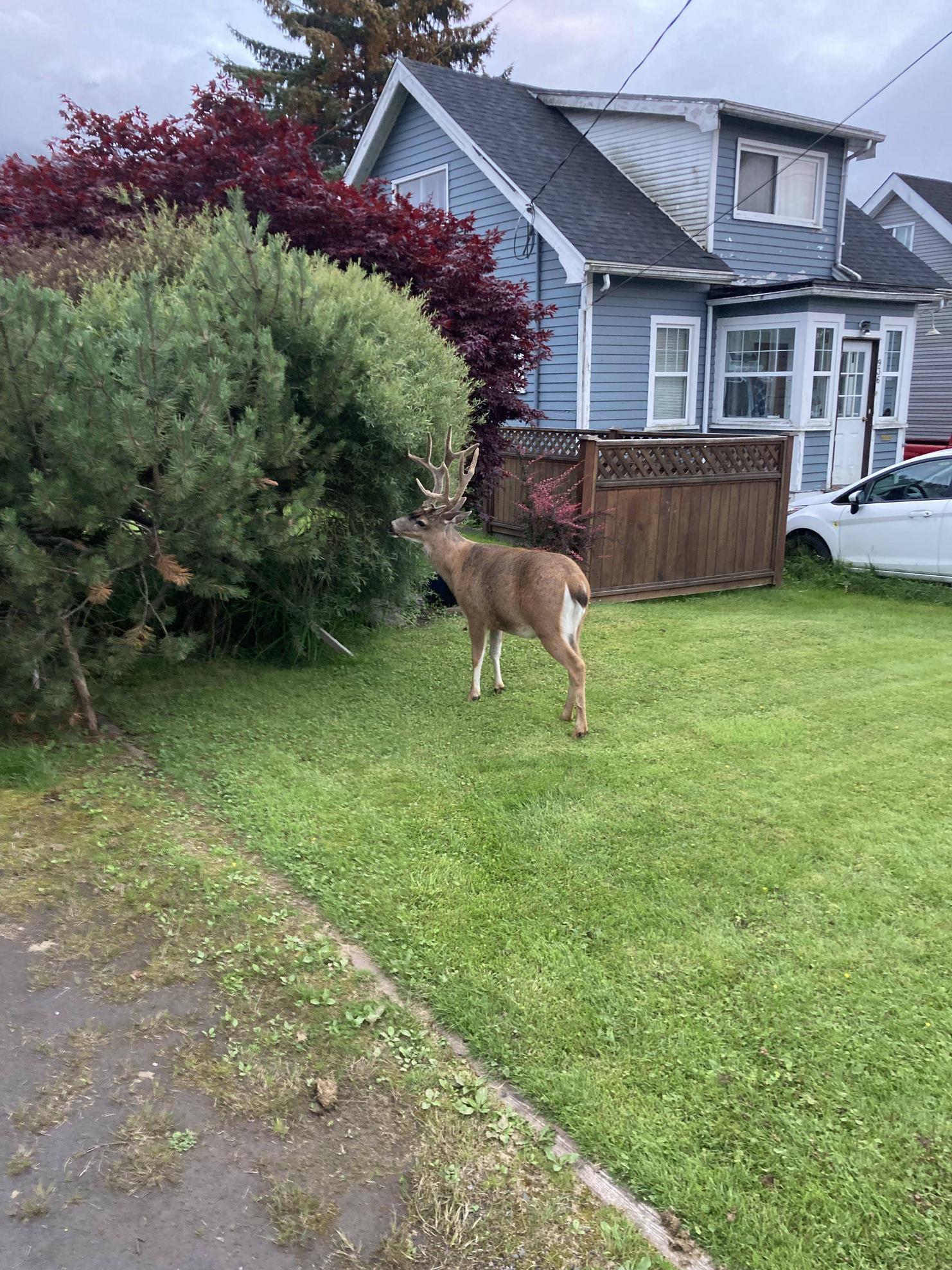 Now, from what I understand of BC/Canadian gun and hunting laws, you can't hunt with a firearm within 15m of a road. Which makes a city entirely off limit. Extra bonus: no cougars!

Is this little guy likely to be aware of that? He certainly didn't really pay me much attention. We're also out of their hunting season here, but not by much as it starts in September.

i.e. would you expect a deer to be more skittish if encountered in the woods, but near a city which they frequent?

I remember a zoologist claiming to show one radio-collared deer changing its grazing pattern entirely as soon as the hunting season opened, complete with maps of pre-season vs in-season movements for that particular animal. Which is got me curious about whether they'd clue in on "urban safety".

Deer responded to the presence of hunters on the landscape by adapting movement strategies both spatially and temporally to avoid potential contact with hunters.

Our results indicate that deer at Starkey are adopting behavioral strategies in response to hunters by increasing their movement rates and selecting habitat in well-established ranges.

There are many other articles, including references in those papers, that all speak to deer changing their behavior during hunting season. The second one I referenced discussed more the broader impact on their year-round ranges.

Now, neither of these are city-specific, but it is clear that deer are smart enough to know a good thing when they see it and hang around the city.

I doubt they understand the concept of "hunting" per se, but habituation will come into play here. They get used to being around humans and getting away with so they don't try as hard to avoid them and they have more safe encounters, the cycle repeats until you have situations like your picture.

13
Resources for finding public hunting land
13
Tips for hunting nocturnal deer
15
Deer activity in the wet
11
What is an appropriate caliber for hunting mule deer?
5
What are the downsides of baiting game while hunting?
3
What might cause a massive blood stream from a lethally hit moose's mouth?
17
Why are there separate seasons for archery and firearm hunting for deer?
5
How are minimum legal calibers for hunting decided?
4
Can you train wild deer to get "used to" your scent before the hunting season
4
How to carry paper Oregon hunting license and tag