Where can I find information on letterboxing in my area?

Letterboxing is a precursor to geocaching, wherein participants leave notes / stamps in boxes in the wild...

It's helpful to have a list or guide to letterbox sites when embarking on a search, as locations can be transient... For instance, I heard Cut Hill (Dartmoor) was once crawling with letterboxes but several sources seem to imply that that's no longer the case.

How should I go about finding information on letterboxing for a given area?

I did wonder whether there were any long standing letterboxers whose experience would put me to shame lurking around here, but since the question is now more generalised I feel more qualified to answer!

What is letterboxing? It's most commonly practised (and originally started) in Dartmoor, and shares a lot of things with geocaching. It originally started with just a handful of boxes on the most remote parts of the moor, and a postcard would be left by the person visiting in the box. They would take the postcard they found, write a little message then send it on its way. These days that has mainly been forgotten - instead each box has a rubber stamp, and you collect impressions of these as you find the boxes. You also have a personal stamp which you use to assert you've visited the box.

What are the differences with geocaching? Aside from the stamps, letterboxes also don't tend to contain tradeable items as geocaches do. If you find a letterbox with a rubber stamp, DO NOT take it and swap it for something else! I've seen a few letterboxes where someone's written in the log something like "left keyring, took duck stamp, TFTC!". Not only is this annoying it shows a complete disregard for the hobby and annoys letterboxers no end. Other differences include:

How do I find letterboxes in my area? So to answer the more specific question therefore about where you can find information on geocaches in your area, look at the catalogue! It has a specific section at the back where you can view all boxes in each 1km grid square which is what you can use for finding all the boxes in a specific area.

The other thing to bear in mind is that there are many, many more caches around than are in the catalogue - no-one knows exactly how many are out there, but chances are you will stumble across some by accident that won't be in there. Still mark them down, they still count!

And if you get lots, there's some rather cool looking badges too :-)

I live on the edge of Dartmoor and have some hands-on experience of letterboxing.

It was reportedly started by James Perrott, a Dartmoor guide who placed a bottle for visitors' cards on a cairn at Cranmere Pool in 1854. Before the modern military tracks this was the most remote point of the moor and a fashionable spot to visit. (The current remote point is Fur Tor - a much more prepossessing spot!). Gradually more boxes appeared at other sites, and as others have said, the hobby has now spread around the world.

Boxes are usually hidden under overhangs around the tops of the Dartmoor tors, or in well-known woods and historic sites. They should contain a book for visitor comments, contact details for the maintainer and a stamp (with ink-pad) for your own log book to prove that you've been there. Dedicated letterboxers carry their own stamps for the visitors book along with an ink-pad as a backup. Sometimes people will leave stamped and addressed postcards - the idea is that the next visitor posts it back to them when they get home along with a message. Locals tend to leave them for visitors from farther afield, and I've heard reports of cards being posted back from all around the world. 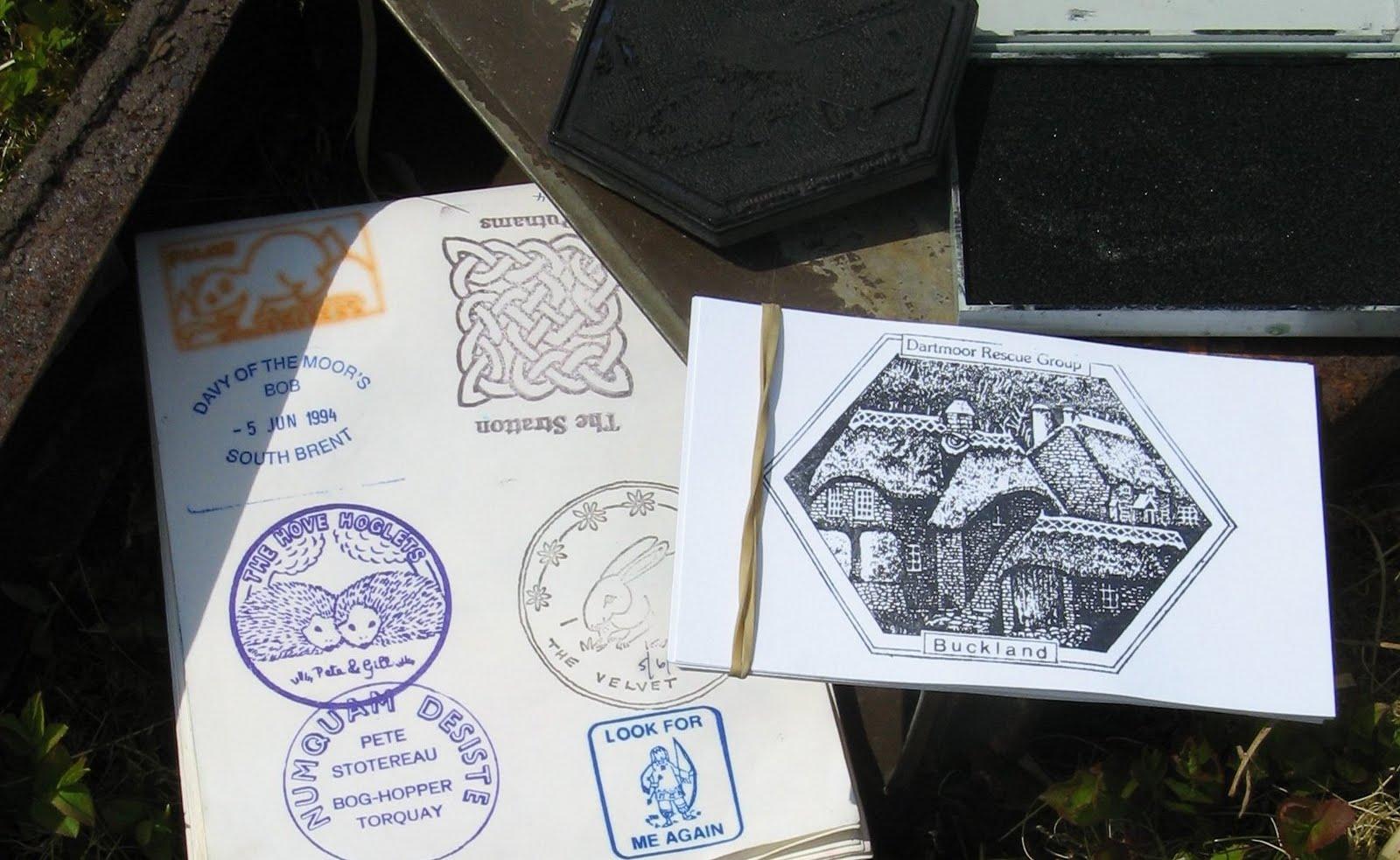 There are two approaches to Dartmoor letterboxing.

Letterboxing as a hobby

A small number of people take it rather seriously. They have a club and produce catalogues of grid-references and guides to the hobby. Some of the boxes are "secret" and can only be found by deciphering cryptic clues. Club members log the stamps of the boxes they've visited, work towards achievement badges and attend meets. If this attracts you, you'll find resources here. 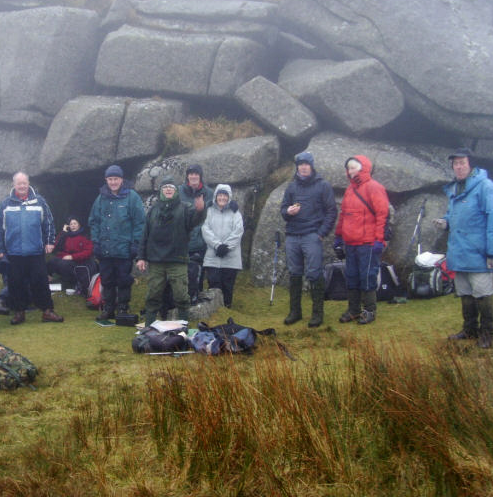 Much more commonly, people just look for the boxes ad-hoc as they walk. There are thousands of them out there (no-one knows how many) so in most areas they're not hard to find. You soon get a feel for the kind of places they are cached. Like most locals I only letterbox when I'm with kids, and they love to poke around the nooks and crannies till they find them. 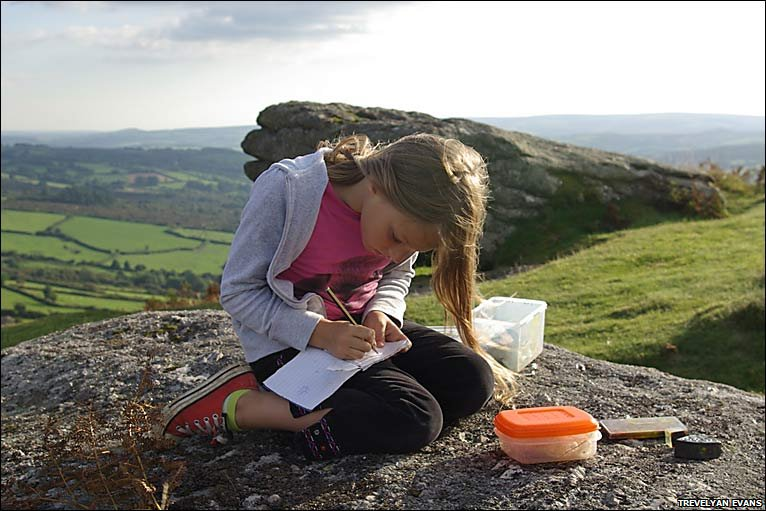 Rather sadly it's quite common to find boxes which haven't been re-sealed properly and replaced back in their sheltered cache - so the visitors book is destroyed by damp. Or boxes where someone has stolen the stamp. Please don't spoil other people's enjoyment: it will most likely be a kid that you disappoint.

And as others have said, be sensible on the ranges and don't handle anything suspicious. Your chances of encountering dangerous ordinance are very low but there's no need to take risks. Most modern boxes are plastic containers but there a still a few in metal boxes. It's usually pretty obvious what they are from the way they've been hidden.

Not the answer you're looking for? Browse other questions tagged hiking letterboxing or ask your own question.

15
Good resources for information about hiking trails near Boston
7
How to get more information about a planned tour?
7
Where in the US can I find green mountains to hike like in Scotland, such as Dalveen Pass?
8
Where can I find additional resources about Wildlands Provincial parks in Alberta?
6
Letterboxing vs Treasure hunts
5
Where is the farthest I can get from civilization while staying in florida?
4
How can I obtain drinking water in a saline area such as the Northern Great Plains?
1
Information about an Japanese Trail (Keyakidaira to Kurobe dam)