What do unusual waymarks in France mean?

I recognize the official system for French waymarks of Grand Randonees and local paths like shown here: but I've also seen large white rectangles with a horizontal red line in the middle. They are much larger than traditional waymarks. I've seen them in several areas, and there are often quite a few along a short part of the trail. What do they mean?

I've also seen with one rectangle with a much smaller white circle with a red dot in the middle below it, but just once.

I think you can safely take any undocumented variation of a white-red marking to mean this is the right way, unless it's clearly a cross: 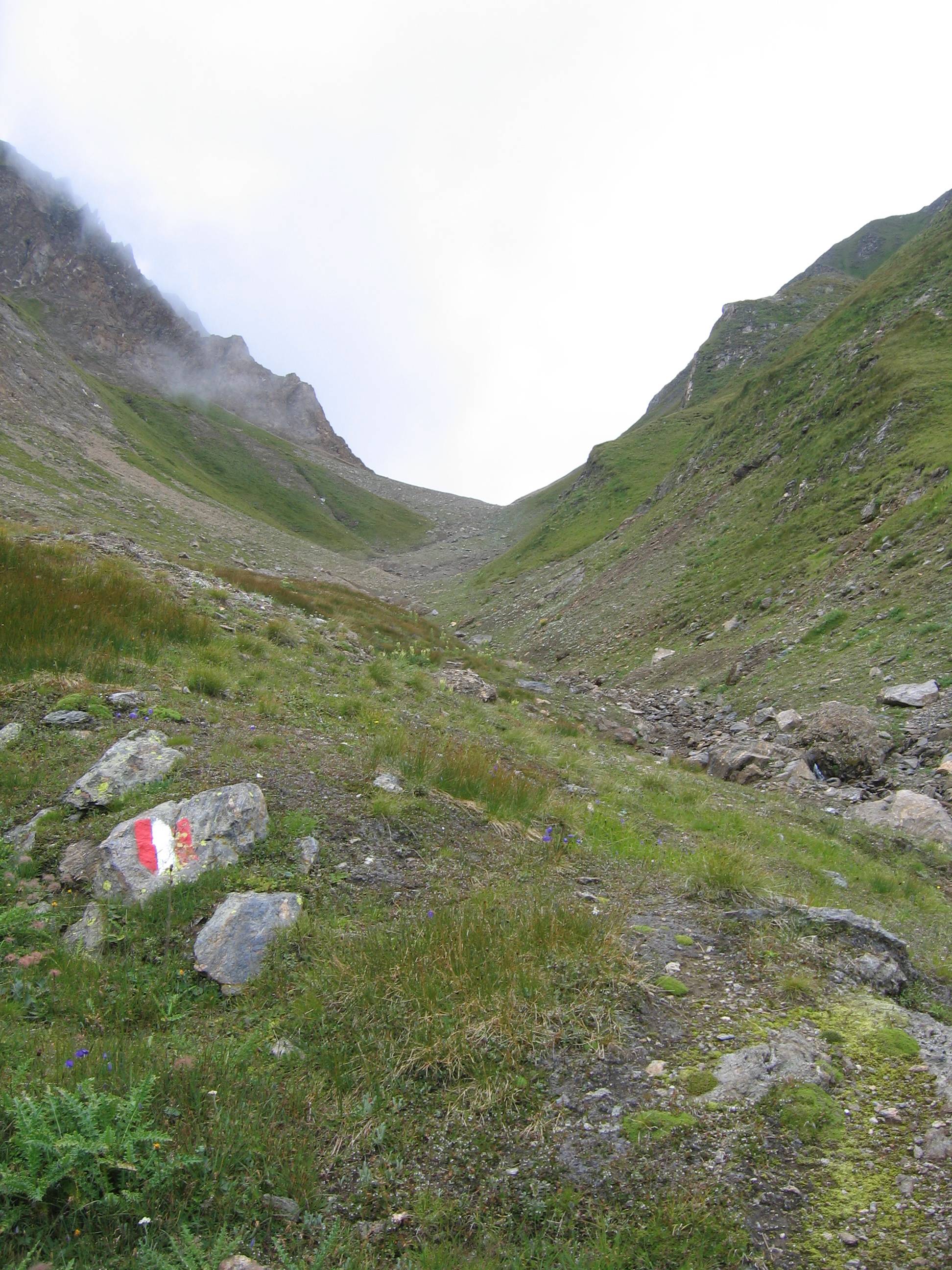 Red-white-red markings below the Scatta Minoia, between Alpe Devero and Pomatt, near Domodossola, Italy. It is my impression that in Italy one sees whatever the painters felt like (I've seen white-red, white-red-white, red-white-red, and other variants). 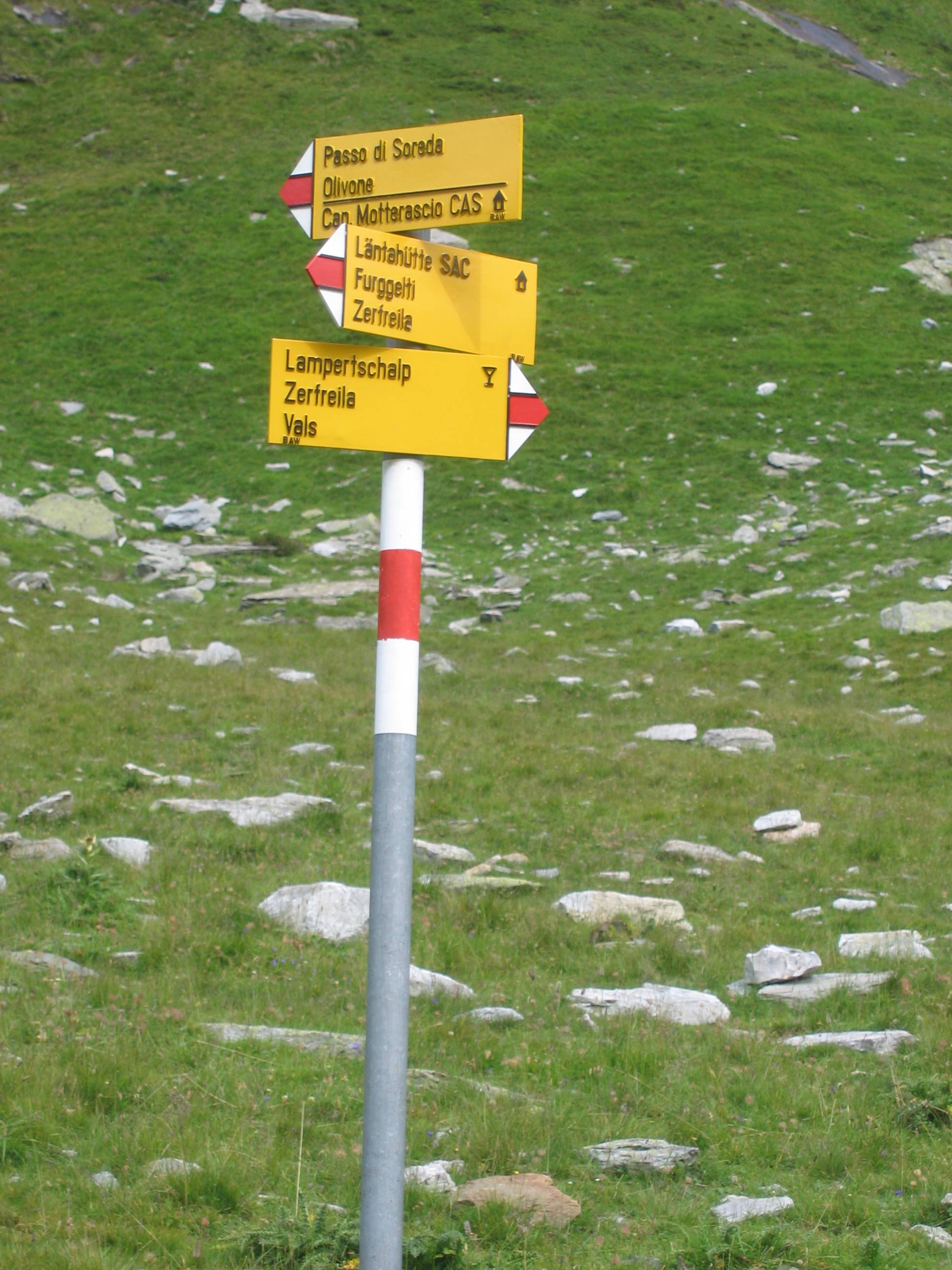 ¹Actually, it depends on the difficulty; easy is yellow, mountain is white-red-white, really alpine (glacier crossings, scrambling) is white-blue-white

There is a lot of crazy signage where you have to guess what it means. Some is old and messy, I've noticed that they have been cleaning it up and redoing lots of it. With small and neat signs. Sometimes you've got to guess and look for other signage. 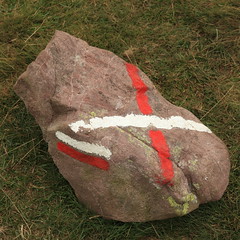 In theory, it should not be a matter of painters' will and disposition on the day they are painting the waymark. There are well established symbols and colors combinations. See for instance this website, concerning Italy. For a more complete "Italian waymarks guide" refer to the CAI (Club Alpino Italiano) documentation, click on "segnaletica"--only in Italian. Waymarks from other countries on the edge of the Alps should not be much different.

Not the answer you're looking for? Browse other questions tagged hiking navigation or ask your own question.

24
What should I do when I'm lost?
9
What does the status "W: Available at the Facility" mean regarding trail permits?
17
Staying safe from hunters while hiking in France
6
Hiking in SE France
6
What is the col between Mt Meru and Kilimanjaro?
4
What does status R mean regarding trail permits on the Mt Whitney lottery calendar?
18
What does "out and back" mean in terms of understanding the length of a trail?
9
What does contouring mean in the context of navigation/orienteering?
8
Did any lighthouses provide directional navigation signals?