How do climbers retrieve anchored rope?

The following is a scene I have always been perplexed about. I’ve seen it many times. A mountain climber has no one above him as he descends and is trailing rope behind him that he is using to stabilize and protect him from an unplanned plunge and that rope is anchored to something well above.

How does he retrieve that rope when he has descended the length of it, and wants to use it again to complete the remaining stages of his overall descent?

You would use the rope doubled, so that when you are at the length of it, you anchor off and release one end of the doubled rope so you can pull it through the anchor.

Then re-anchor at your current position in order to continue your descent.

I'd like to make an addition to the answer by @RoryAlsop. Namely the case where only ONE end of the rope is used.

Next to descending on both rope-ends at the same time, it's also possible to do it only on one end. This is for example done if you have very technical rappels where you need to use extra gear or lock yourself into the rope (in that case single-rope techniques prove to be easier).

Another example when to use one-rope techniques is when you are canyoning with other people (people of the same level, or even clients who don't have any techniques if you are acting as a guide).

A typical installation one only one end of the rope is given on the figure below. The big advandage of installing a rappel like this is that when someone gets stuck in the middle of the descent, you can still lower them from above without the need of special techniques. 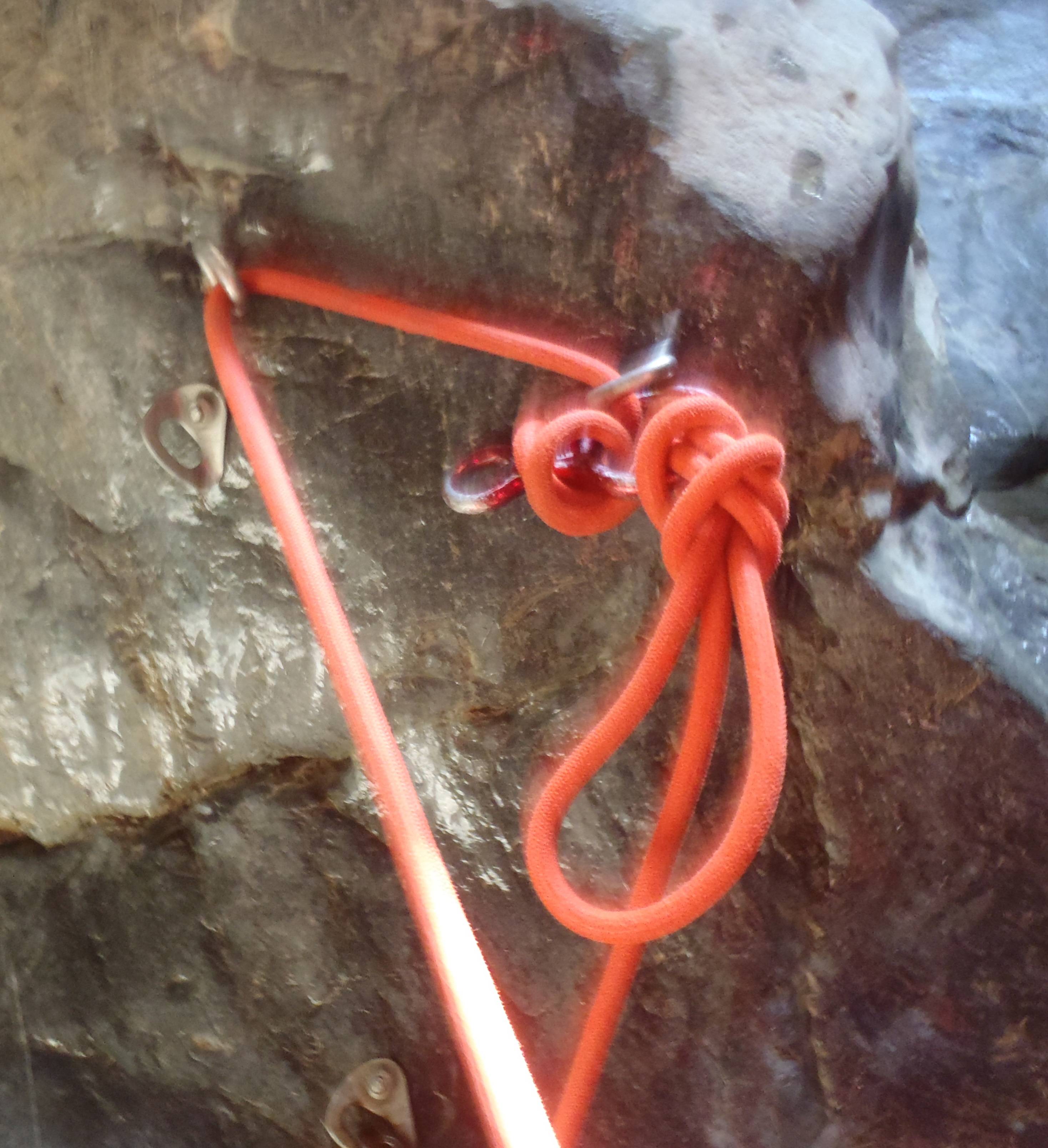 On the figure you see that the eight blocks the rope from going trough the two anchor-points. So the rapelling is done on the left end of the rope. Once you're at the bottom of the descent you pull the other end of the rope (the one containing the eight) to retrieve your rope.

Notice that no material stays behind after my descent !

Not the answer you're looking for? Browse other questions tagged climbing mountaineering or ask your own question.

1
Safe ways to abseil last
8
How is a fifi used in aid climbing?

15
How do I set a top rope anchor?
24
How should a climbing rope be stored?
20
How should a climbing rope be cleaned?
9
Is dyneema rope without a sheath safe for climbing?
9
Has Joe Simpson ever explained why he did not cut the rope himself?
7
Stuck at high camps, what do climbers do to deter boredom?
1
Climbing-line "rope-thimbles", unsure how to utilize these (got several 1/2" 'steel rope thimbles' with my climb-rope!)
12
How to belay top-rope climbers who are ascending quickly?
3
Retrieve ice-screw after descending