I tried looking around on the internet for the answer to this question. The closest I got was Eureka, California. I don't care if it's cloudy most of the time, as long as it's not super rainy. But I had the impression that Eureka is really rainy.

There is no such place. 40-60°F is a very narrow range. 20°F can be just from day and night variation, which leaves basically nothing for seasonal variation.

Even if you meant daytime highs, I still don't think there is any place on earth that fits this description, let alone anywhere in the US.

Let's flip this around and think of what would make a place have very low temperature variation. Seasonal variations get larger towards the poles, so starting in the tropics is probably a good idea. 60°F is very low for the tropics, so that means moving up in altitude.

Even ignoring the rain criterion, this still sounds like a impossible goal. Imagine looking for this place by trying different elevations in the Andes near the equator. By the time you get to 60°F highs, you will be well below freezing at other times. Obviously anyplace with snow on the ground, ever, doesn't fit your criteria.

Again, there is no such place here on earth in the open. What you ask does exist in caves.

I don't think you will get consistent 40-60 daytime highs (what I assumed you meant) anywhere that isn't moderated by the ocean. However Fiasco is correct: The Olympic Penninsula around Sequim is very close. Summer temps are cool enough that tomatoes won't rippen outside of a greenhouse. Winter has frosts, but not consitently. The mountains nearby get significant snow.

Another possibility is the "Sunshine Coast" in British Columbia -- that's the east side of the Georgia Straight. You have Vancouver island acting as a rain screen. Not as dry as Sequim. It however still gets frosts in winter, and on a summer day it will usually be in the 70's, and sometimes in the 90's

Failing that: In general you want the east side of a coastal range of mountains, a range that is high enough to precipitate out most of the rain. Interior ranges will do the same thing to precipitation, but they will have more continental climates so the temperature range will be significantly greater.

As you move south, the temps get warmer. Compensate for this by moving higher. The tradeoff, is you get more cloud spilling over the tops.

Take a look at the east slopes on the north island of New Zeeland.

A final suggestion is the coast of Peru and Chile. The Humbolt current is cold, and wrings out most of the moisture of clouds passing over. Archeologies still talk about discoveries made after the 1923 Rain. Apparently that's the last time it did rain. Lots of fog, no rain. However it is hot in summer.

You may want to migrate: Have two households. Become a snowbird.

I think Mauna Kea in Hawaii may meet your requirements. The average highs at the summit are between 40.3 and 50.9 F with most months having less than an inch of rain. The average lows at the summit are between 24.9 and 31.3 F making it a little too cold. Further, the summit is above tree line. Tree line (and the forest zone) is about 4000' below the summit so there should be a sweet spot where you can get limited rain, forest, and temperatures consistently between 40 and 60 F.

I was going to submit my hometown of San Francisco as a candidate. It rains far less than in the Pacific Northwest and because of terrain and the micro-climates in this tiny city of 49 square miles, it stays pretty cool in a number of different neighborhoods. The Sunset or The Richmond districts could be possible. 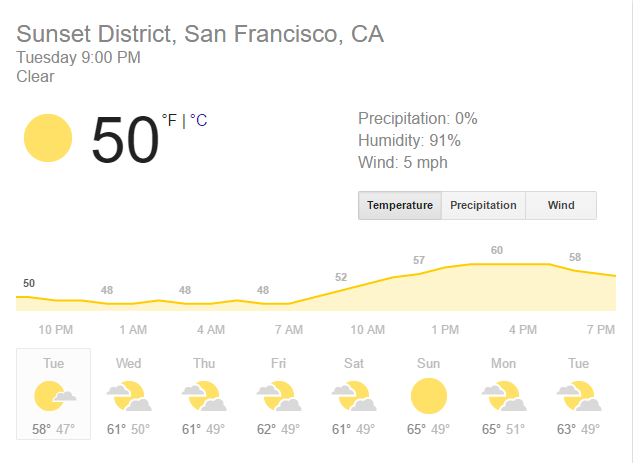 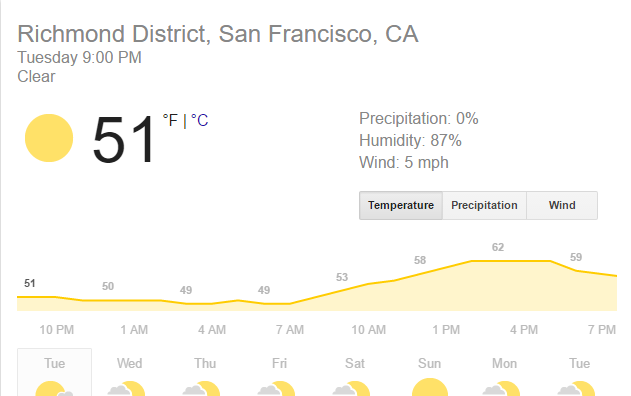 While there is no forest per se, there is the splendid, magnificent Golden Gate Park (larger than NYC's Central Park). 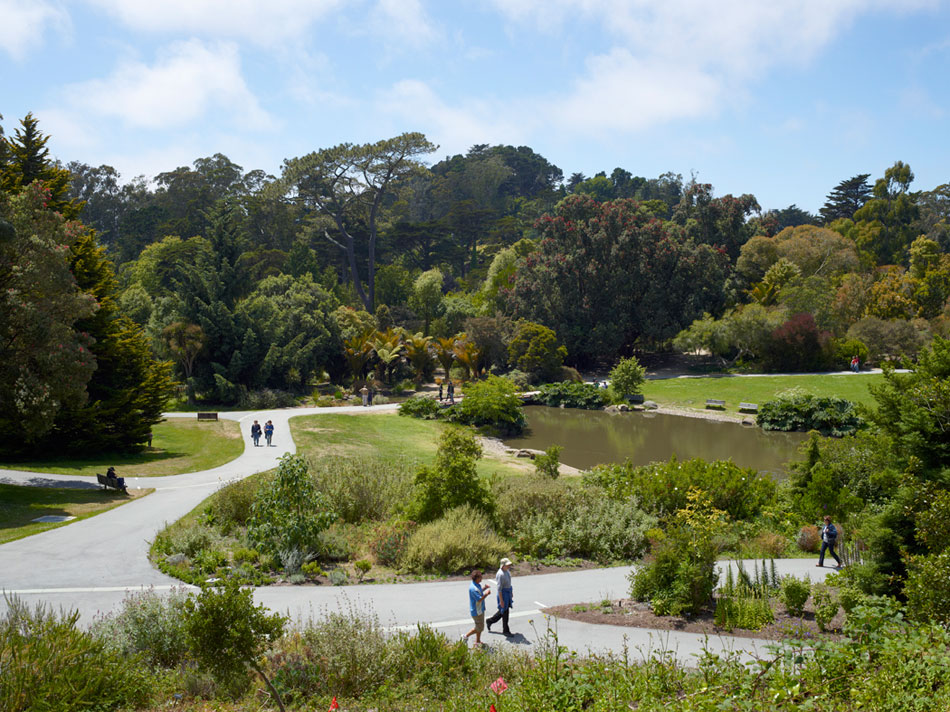 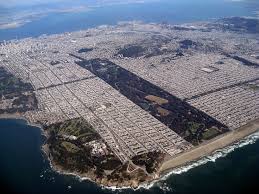 As you can see, it's quite large, is truly lush and NO SNOW!

There are several places in the US that meet your requirement if you exclude the requirement for forest, and you are will to accept no snow, in place of rare snow.

what place in america has forest, temperature ranges from 40-60 degrees year round, does NOT rain for days on end, and rarely gets snow. (from question)

Most notably is Mammoth Cave but it is in a national park, so it is not a viable solution for a long term living solution. If you stay away from the entrance, the temp is mostly stable at 54 degrees, it never rains or snows. There are several privately held caves with similar environments. Your budget and space requirements would define the choice that best meets your needs.

How cold or hot can it get inside Mammoth Cave?

Temperatures inside the cave vary somewhat, but usually hover around 54° Fahrenheit, year-round. In the "variable temperature zones" close to the entrances, wind chills in winter can dip below freezing, or temperatures can rise to around 60°. Source

If you insist on Forest, then the answer by Olin, is the most correct the answer by StrongBad looks promising but it does not clarify if there are privately held lands available.

San Francisco is your best bet as a big city since temperatures barely exceed 75°F in summer and go below 40°F in winter.

Another city is Monterey, CA which might be better because it rains a little bit less there, but still has those similar temperatures. Also, housing is half the price (still expensive) and houses are much bigger.

32
What are areas of the body which lose heat more quickly, and how can I reduce that loss?
10
What permits and reservations do I need for the Adirondacks?
12
What are these round, spiny, puffy, green things from the ocean in Northeast United States?
11
What's the difference between a National Park and a National Monument in the United States?
4
What is a lava tube, as a place to see bats? Are there any in the United States?
17
What is the relationship between altitude gain and temperature decrease when mountaineering?
7
What is the most severe temperature that a proper snow cave can protect you from?
16
If you are canoeing on a lake when whitecaps start happening, what is the best direction to get off the lake?
7
What are the immediate causes of the large forest fires that have ravaged the US and Canada over the past several years?
7
What is this tiny round shiny black bug that bites?