Are there any trekking maps of Svanetia available abroad? I'd like to purchase the maps before arriving to Georgia.

You have two options:

Georgia trekking maps covering part of Georgia are available from various international resellers, such as omnimap and amazon. They cover part of the mountains of Georgia, and seem to include the province of Svanetia: 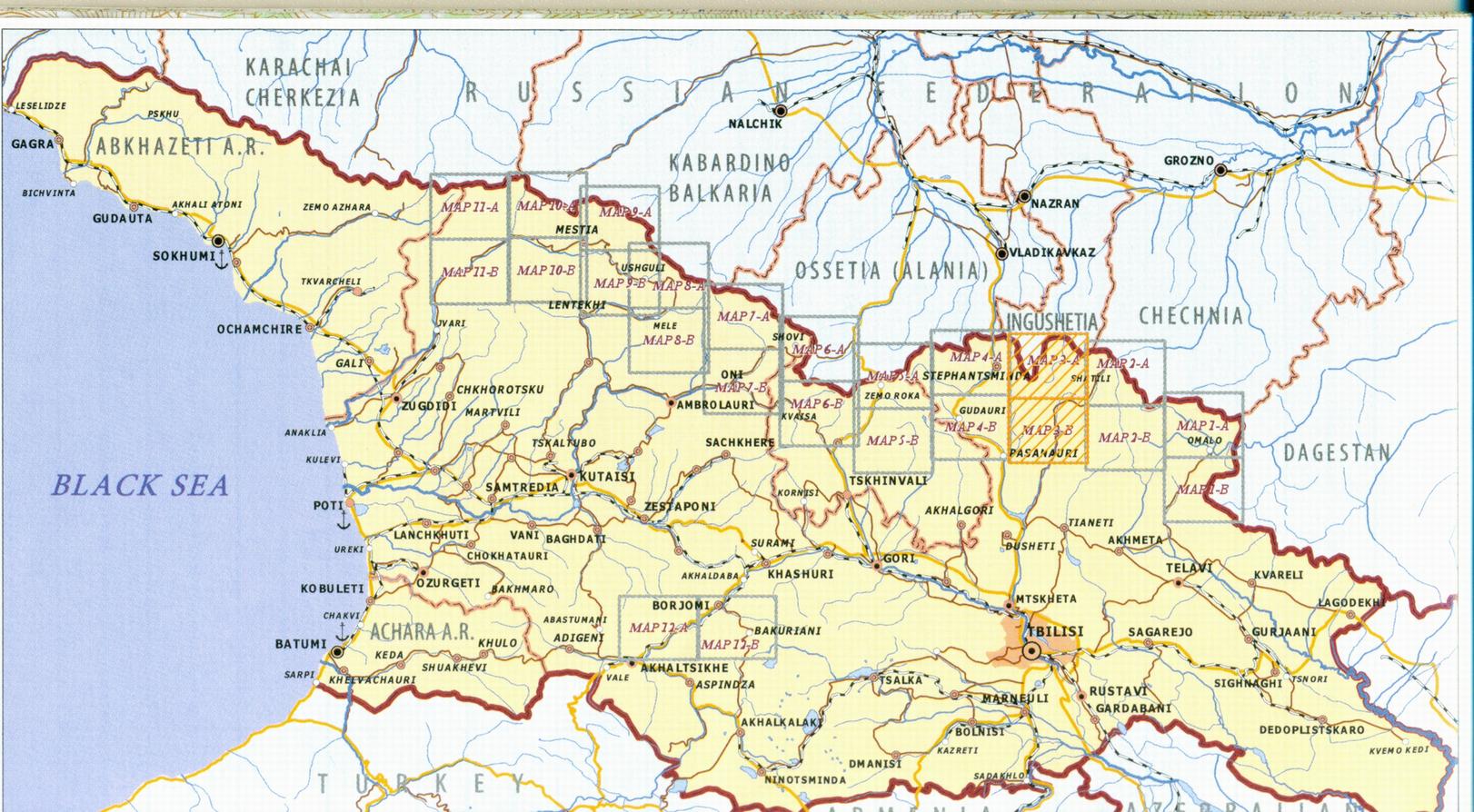 As a former Soviet Union member state, Georgia is well-covered by the Genshtab maps, Soviet military topographic maps. In a scale of 1:50.000, they cover the entire nation. Genshtab maps can be downloaded online, or are for sale from various sources, such as the aforementioned omnimap, or from geostatial.com (quite expensive).

Not the answer you're looking for? Browse other questions tagged maps mountains caucasus georgia or ask your own question.

6
Where can I get Tyvek maps?
8
Interactive online map of long-distance / marked trails against best freely available topographic map background
11
Can I use satellite images as hiking maps, how?
7
Affordable South Korea topographic or hiking maps, in particular for the Jeju Olle trail
11
Good quality walking maps for Spain
3
Free online UK maps
5
E-ink device with GPS for maps?