Who places the bolts on rock climbing routes, and how?

On big, serious routes (Dreamcatcher, Jumbo Love, etc), who puts the bolts in place and how? Are the bolts there before the "first ascent" or does the first ascender put them in place as he goes? It seems ridiculous that he would be carrying whatever equipment it takes to do that with him.

Who decides how the route will go and where to place the bolts? How could they know before the thing has been climbed whether they're putting them in good places, route-wise? The whole thing seems very confusing to me.

What you're talking about is Sport climbing.

Generally these bolts are placed by the person who is creating the climb. They will normally top rope or abseil the climb and work out where they want it to go, then spend a couple of days placing the bolts, while on a top rope. They are drilled and glued into place and this can take a lot of time.

Sometimes the person who places these will do the first ascent, sometimes not, this will often depend on the grade. Some test pieces are made deliberately very hard as a type of challenge to other climbers.

Learning where to put the bolts is a skill unto itself and is more Art than science. 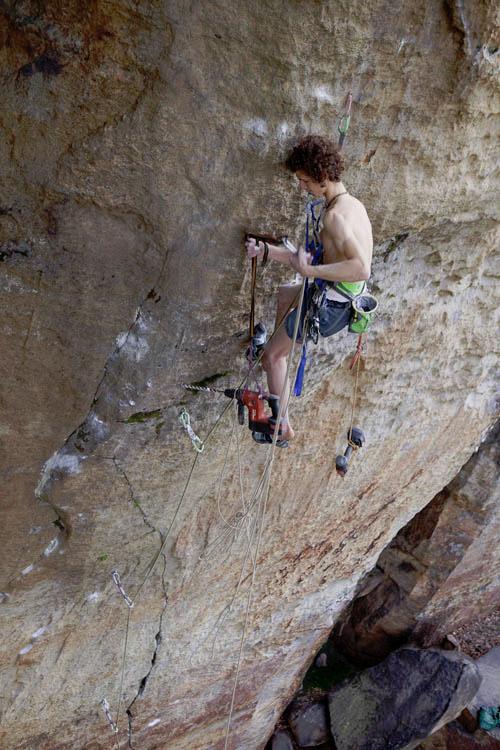 Not the answer you're looking for? Browse other questions tagged climbing or ask your own question.