In Canada, does a frontcountry campground kitchen shelter typically include a freezer?

In European campgrounds, it is common that there is a kitchen shelter with a freezer, where people who camp without electricity can freeze their ice packs, in order to subsequently use those with cool bags for refrigeration.

The Parks Canada website for Gros Morne National Park indicates that each of the frontcountry campgrounds has a kitchen shelter. Does such a kitchen shelter typically have a freezer with the aforementioned purpose?

No, there won't be anything electrical. A front country kitchen will usually contain:

Depending on the park there may be a woodpile next to the kitchen. Food storage lockers are also dependant on the park and the wild life situation (e.g. bears, racoons), and are more likely to be found at backcountry or walk-in campsites.

The kitchens themselves are open concept, usually about 10m X 5m in size with a wall that's about 1.5m high and then open space until the roof, which means a lateral wind will blow into the kitchen. This is to stop people from sleeping in them and to avoid smoke problems (a lot of people don't know how to work a wood stove). 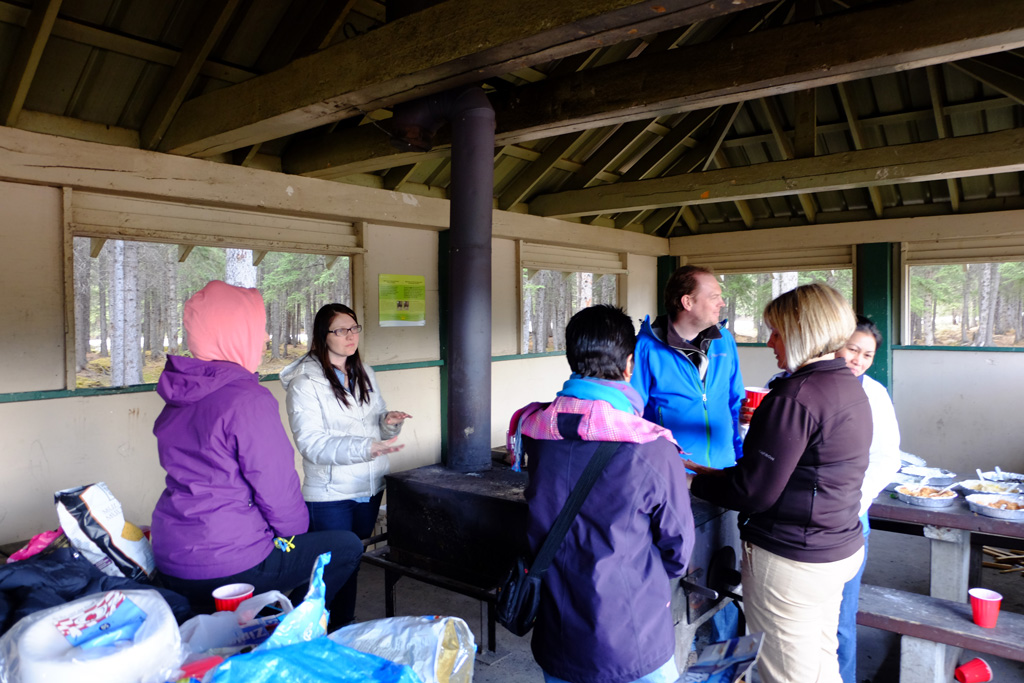 Source: I live in Banff National Park and have camped in just about every National Park from East to West. In fact, I had a BBQ in one last night, as you can see from the above photo.

Not the answer you're looking for? Browse other questions tagged camping shelter canada or ask your own question.

14
How are backcountry campground reservations enforced?