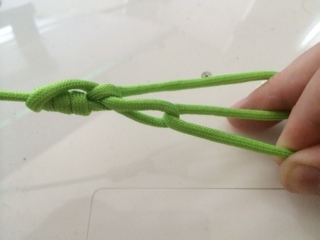 8
Is it normal for an Evenk/Siberian hitch knot to become loose?
4
Shortening a shoulder-length sling to half-length?
4
How to lock a trucker's hitch without losing any tension?
12
Adjustable mid-line knot?
11
Best knot (hitch) to backpack webbing
3
Which knot is best for connecting loose ends and attaching carabiner?
5
What knot is this that starts off like a taut line hitch but ends differently?
1
Climbing-line "rope-thimbles", unsure how to utilize these (got several 1/2" 'steel rope thimbles' with my climb-rope!)
10
Most practical knots for a bend (tying two ropes together) while pulling to create tension?
7
Alternative to midshipman's / taut-line hitch for modern ropes