I'm taking a handful (5) work colleagues up a mountain this weekend (Tryfan in Snowdonia). 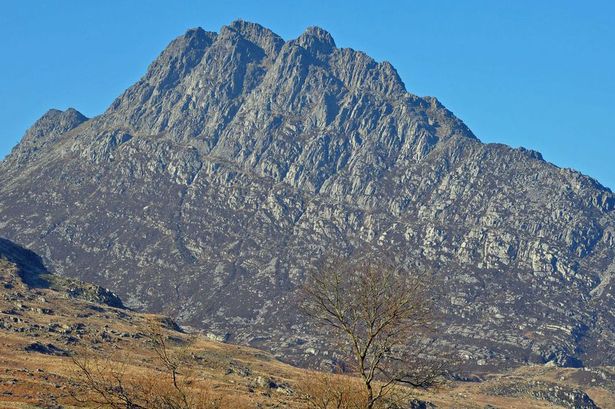 The mountain is a Grade 1 scramble route so it's not overly simple. The group is very inexperienced. I've taken inexperienced people up said mountain a couple of times but never such a large group.

I've managed to rope in a couple of experienced friends to help out as I was wary that I couldn't keep my eye on everyone.

I'm taking a rope (just in case). The route should be easily doable without a rope but I want to have a safety backup for anyone who is unsure. I've also ensured everyone is bringing the following kit:

I'll be putting together a first aid kit.

Does anyone have any hints/tips/best practice ideas on how to manage such a group of people and keep everyone safe?

There are few things which may go wrong:

That's just from my personal experience. I'm sure there are many more things which may go wrong. Usually I'm leading 10 - 20 people groups of people with mixed experience.

One good tip for a first aid kit for townies group is to take gloves and tweezers. It doesn't matter if you'll remove a bee or a thorn from someones arm with your nails or tweezers, but that person will be much more confident about you doing that if you look 'professional'.

A trek group should have a Leader who walks in front who leads the trail/route/climb, sometimes cleaning the route or navigating the route. I believe that will be you.
Then the second most important person is the Back Lead, who is the last head you have, who makes sure that the pace of the group is maintained and adapted as per the slowest member. You'll need your second best trek-mate as the last man/woman. Just in case if someone slips, she/he will be able to act a fall-stopper and make sure no one lags behind. He/she will also be responsible to boost the moral of the ones who are struggling.

Assigning number to a member is needless as you are just 5+1. So that not really needed. When you are leading a group of nearly 10+ people then assigning a head-number helps in keeping the headcount.

As Jim alluded to, you need to be very explicit about gear. I've taken groups of 2-6 very inexperienced people on assorted trips, from strenuous dayhikes to backpacking trips. Here's things I usually make sure to include:

Be prepared for somebody to forget something important. I usually bring an extra warmth layer, an extra warm hat, and some extra food (typically some compact energy bars). It's good to personally, visually confirm that people brought all the required gear. "Everybody show me your rain coat" not only ensures that everybody's coat is adequate, it also ensures that nobody accidentally left theirs behind.

As for group management, the most important thing is to check in with everybody often, and don't be afraid to turn back if people aren't up for your original plan. It's better to turn back before the summit than to end up in a bad situation with people who are exhausted and inexperienced. Sometimes people will be feeling tired, but they feel bad about holding back the group so they won't say anything. Keep an eye out for that.

Before leaving, make sure to ask each person if they have any medical conditions you should be aware of, if they typically carry any type of medication, and if so make sure they have it and that you know where it is. It's better to know people's basic medical info before it becomes necessary.

It's also important to keep an eye on your own well-being. It's easy to get distracted when taking care of 5 other people, but since you're the person responsible for the group, it's paramount that you're well fed, hydrated, etc. Don't forget to take care of yourself!

Here are a few items that I find easy to pack, and are usually needed by at least a few people in a group:

For Your 1st Aid Kit

23 years ago I got caught on a Yosemite switchback trail down-climb; end-of-day, all exhausted. Between the trees and western mountains the local "darkness" was about 90 minutes earlier than official sunset. And it was PDD (Pretty Dang DARK!)

We ran 2 hrs. late starting down, our amateur guide was useless, unprepared. My traditional (bulb) flashlight was busted. Lighter had no fuel remaining after meals. (No backup, I'm an idiot.) We all made it down after 4 hrs as a human hand-holding "train" using the sparks from the lighter to illuminate the switchback turns. (couldn't get tinder to light, iffy using a fire-torch in Yos.)

Never again so dumb and trusting.

20
Group protocol should the group become separated
16
Splitting up weight hiking as a couple/mixed gender group
12
Group Trips: 1 Large cook group or smaller cook groups of 3 or 4?
5
What routes in the Canadian Rockies have minimum group sizes (and where can I find about those)?
5
Are there sound-based alternatives to whistle signals for group communication?
32
How do I keep my group together?