Securing things to spars with a wire Cocky's Hitch

I remember about a decade ago, my grandfather taught me a particular wire "knot". He called it a Cocky's Hitch. I remember the first step was to take a length of thick fencing wire and fold it in half. and the last step was to put a screw driver though the bight, and twist -- wrapping it around the other end and drawing it tight.

But not the intervening steps. Or the fine detail of those steps.

I think we were using it to build a wind break, attaching some tin sheets or thick cloth to some star-pickets.

It could also be used to secure 2 spars to each other in the place of a lashing.

It is very strong. my grandfather told me how back in the day they used to build houses out of it. I suspect they actually build farmsheds with it, and he was telling some stories.

This wire knot comes under other names and I found it under a Cobb & Co hitch knot (another Australian name).

It requires wire, what you intend to tie together, a bolt or screw driver, and pliers to cut the wire. 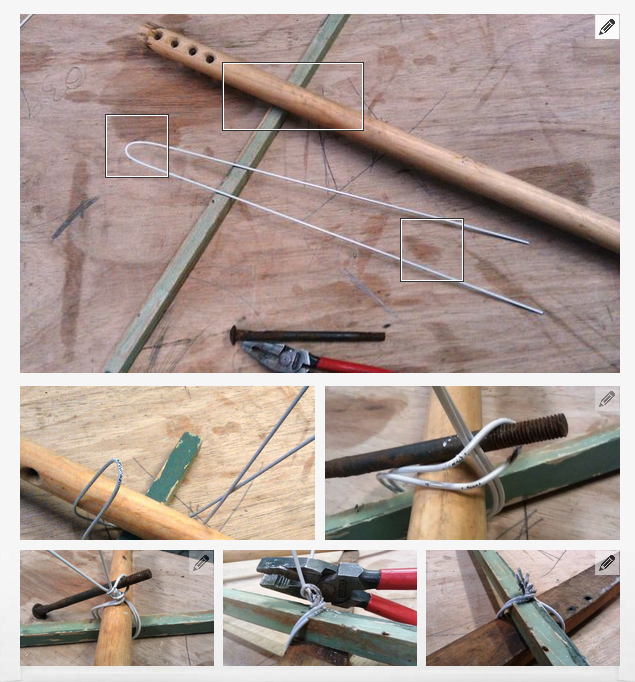 8
Is it normal for an Evenk/Siberian hitch knot to become loose?
15
Which mid-line knot is best suited for a trucker's hitch?
10
Hitch with no ends
4
How to lock a trucker's hitch without losing any tension?
10
Distel Hitch vs Prussik
11
Best knot (hitch) to backpack webbing
4
Undoing an over tight Clove Hitch?
5
Double half hitch, versus two half hitches?
5
Stopper with Toggle for Blake's Hitch
7
How to tie a bull hitch using end(s)?