What is the name of this knot for tying into a "confidence" rope?

I came across this tutorial. But I don't recognise the knot. 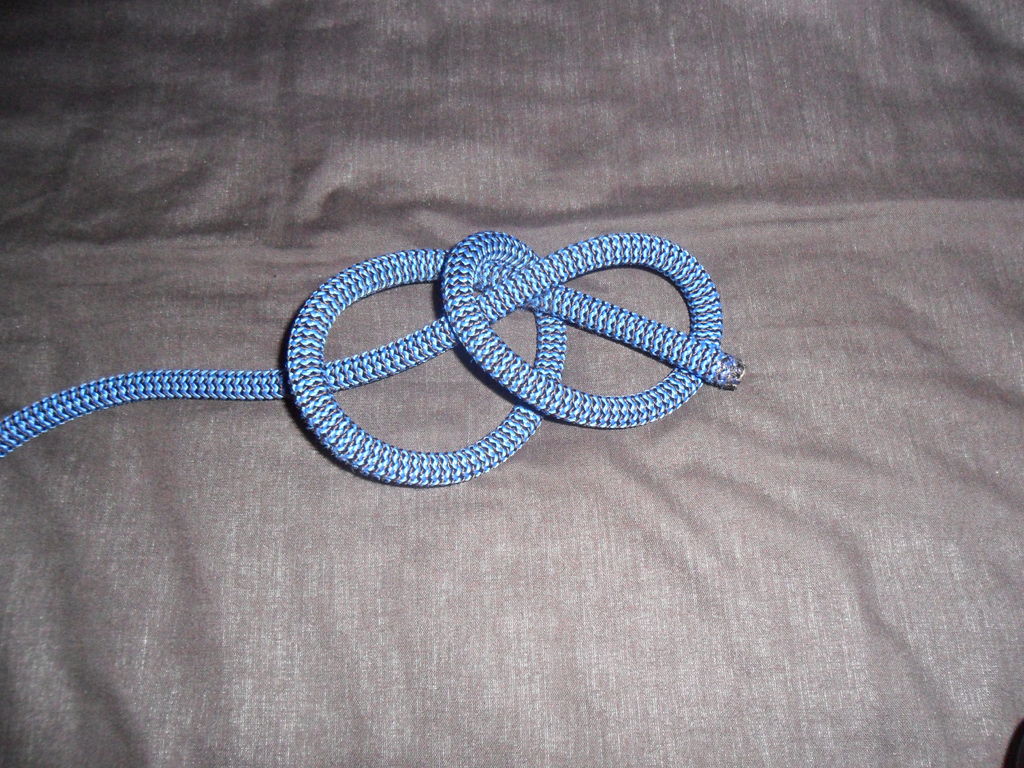 Can anyone tell me the name of this knot?

Is this the correct knot for this use?

Any alternatives techniques for this or am I good with this one?

The web page advocates using this as a harness to tie in someone who doesn't have a manufactured harness. This is not the procedure I've seen recommended for this. One problem is that once you weight the loop, you have a double fisherman's knot, which is extremely difficult to untie. Another problem is that the single strand of rope is likely to hurt the person wearing it if they take a fall.

The more standard, safe procedure in this situation would be to use a bowline on a coil. I believe that's what people did before swami harnesses and seat harnesses. However, it's not the best thing if someone's going to take a hard fall; it can injure or asphyxiate them. If you have some webbing, it would be preferable to rig up a diaper sling, as shown in Freedom of the Hills, 8e, p. 149.

This knot is what I'd call a stopper knot. You twist turn the end of the rope two times around itself, as shown, then thread the end through the now-created loops.

It is used in rock climbing: If you attach the rope to your climbing harness with a re-threaded figure-of-eight knot, then with the short loose end you tie this knot around the long end. This keeps the short end from dangling around too much, and also prevents it from slipping through the figure-8-knot and making the knot come undone!

Other use cases would be any situation where you don't want rope to slip through an opening that is smaller than the knot. In the example you post above, it will prevent the sliding loop from closing too much. It's a fine knot to use for that purpose since it should be reasonably easy to get it undone after loading; much easier than the simple overhand ("granny") knot.

6
What's this knot called?
8
This isn't a double overhand loop -- what is it?
9
Is a barrel knot the same as a double/triple overhand knot?
4
What is this knot that is used on ice axe leashes?
4
Undoing an over tight Clove Hitch?
8
What is the strongest knot using a steel-thimble to make a steel-eyelet at the end of the line?
3
What knot was used by my mountain guide to tie me in to the middle of a rope?
4
What is this knot?
0
Munter hitch + prusik for rope solo lead climbing