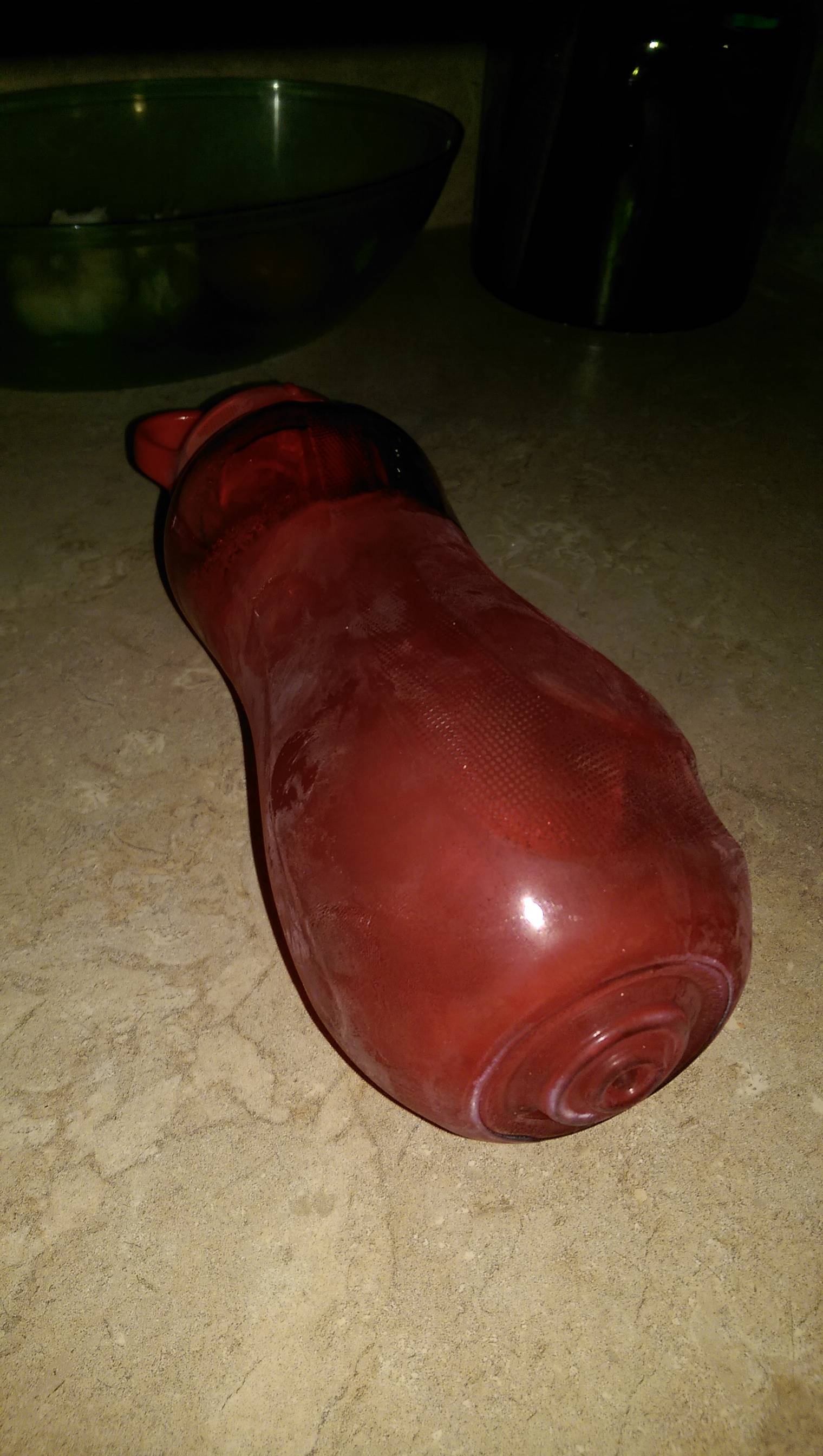 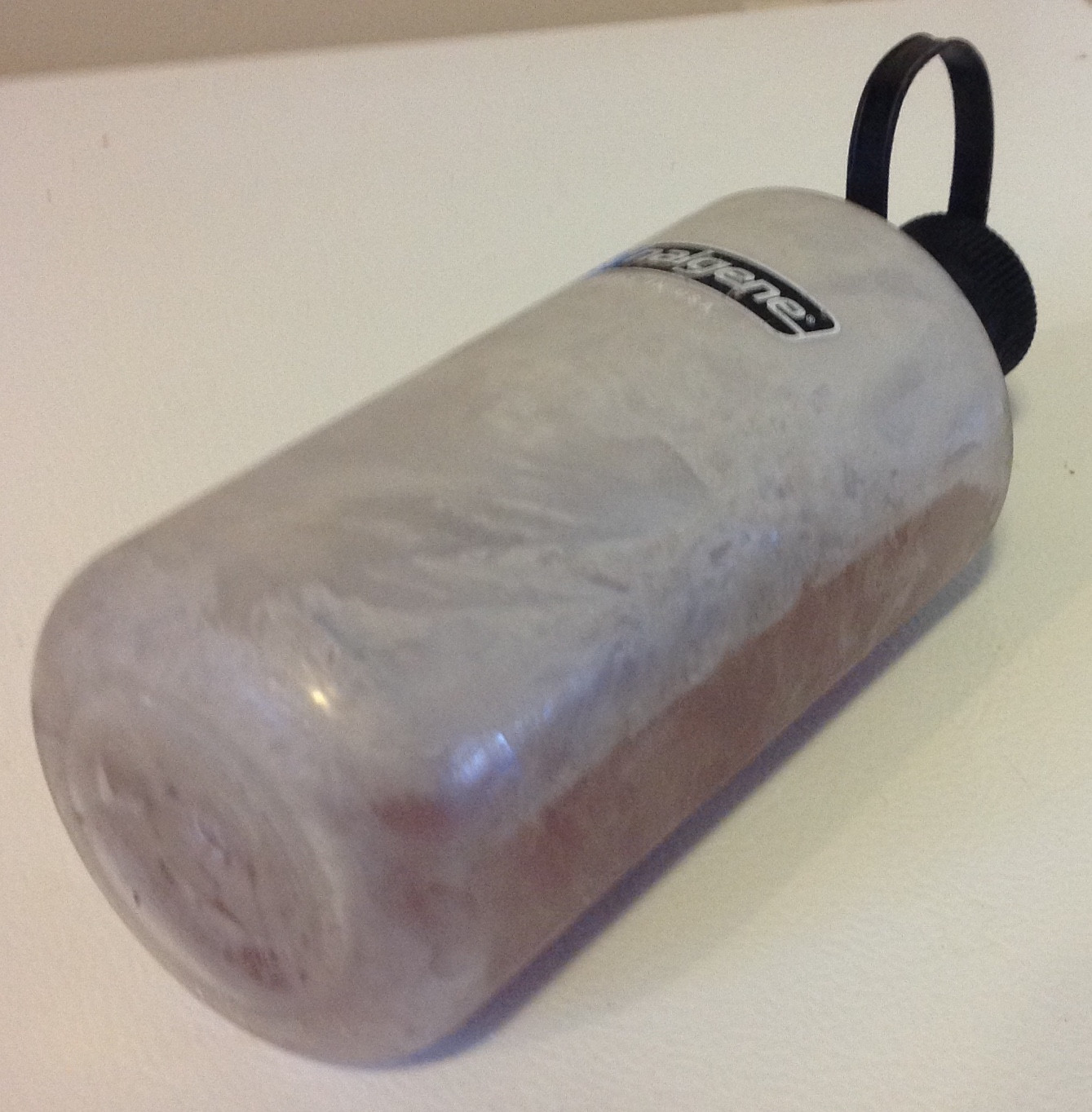 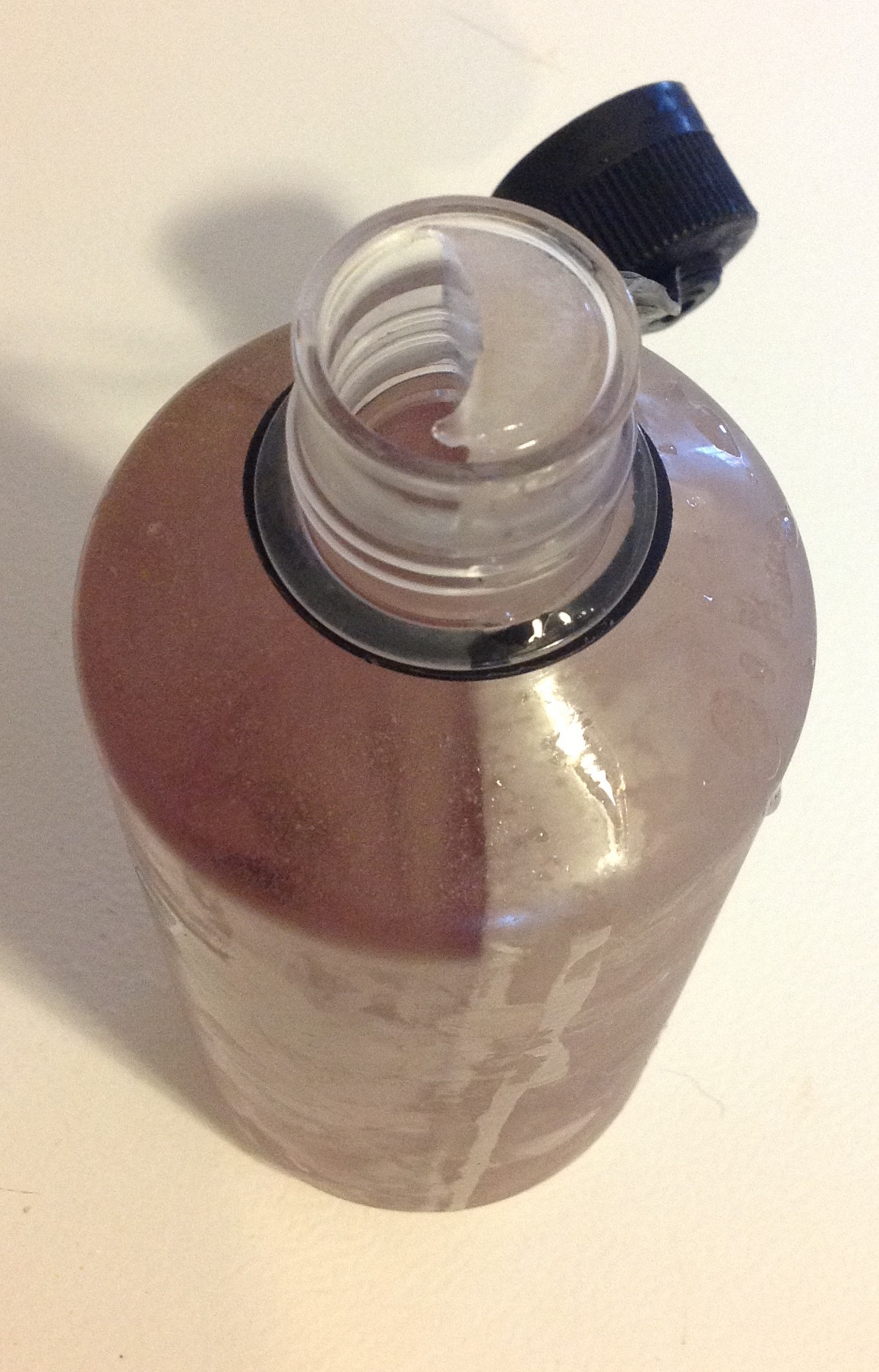 Addition: With a 2 liter pop bottle, you can fill them to about 1" below the upper shoulder and freeze them standing upright. The force of freezing lifts surface of the interior ice. You can then top up the bottle and refreeze on it's side. We store frozen crabapple juice this way for later jelly making

Experiment: 32oz Nalgene -- straight sides but it narrows at the top where the cap is. I filled it 1/3, let it freeze. Filled it 2/3, let it freeze. Added some more a few more times, adding very little water when I was in the area where it narrows a bit. At all times in the freezer it was vertical.

Result: There now sits a bottle in my freezer that does not appear to have deformed in the slightest and which is virtually 100% full of ice. It took something like a week, but most of that time was dealing with the neck. It could be done much faster I was only after 90% full.

Round 2: Another virtually identical bottle. Half full, the about 85% full. No deformation.

I've read that water expands around 9% when frozen, so you need to make sure the water has room to expand without a problem. You need to make sure that the air can either escape, or there is not too much air in the bottle before freezing. With plastic bottles from the store you're able to kinda "suck out" some air, which will deform the bottle a bit, but it won't explode in exchange hopefully. But this all is just a bit of theory

I will tomorrow try and freeze a 1,5l water bottle by taking out 0,5l out, so only 75% of the water remain. Then I'm gonna suck out as much air as possible, hopefully around or more than 100ml of air, so that the water will have no problem expanding around 90ml without the air pressure causing problems. I report on my experiment in case it failed

giongion
1
Add a comment  |
Highly active question. Earn 10 reputation (not counting the association bonus) in order to answer this question. The reputation requirement helps protect this question from spam and non-answer activity.

19
What kind of canteen material will have the least effect on the taste of water?
44
How to carry water in freezing temperatures?
8
Replacement tap for Coleman 5 gal. water carrier
13
How to avoid the layer of ice inside a water bottle during winter activities?
6
Is it safe to drink hot water? How hot can it be?
8
Carry a larger water bottle or a smaller water bottle for backpacking?
10
Reusing the same water bottle for drinking tap water
6
Unfreezing cached water bottles
2
How much water filtering is necessary in the USA?
11
Hanging water bags for bathing without tree damage