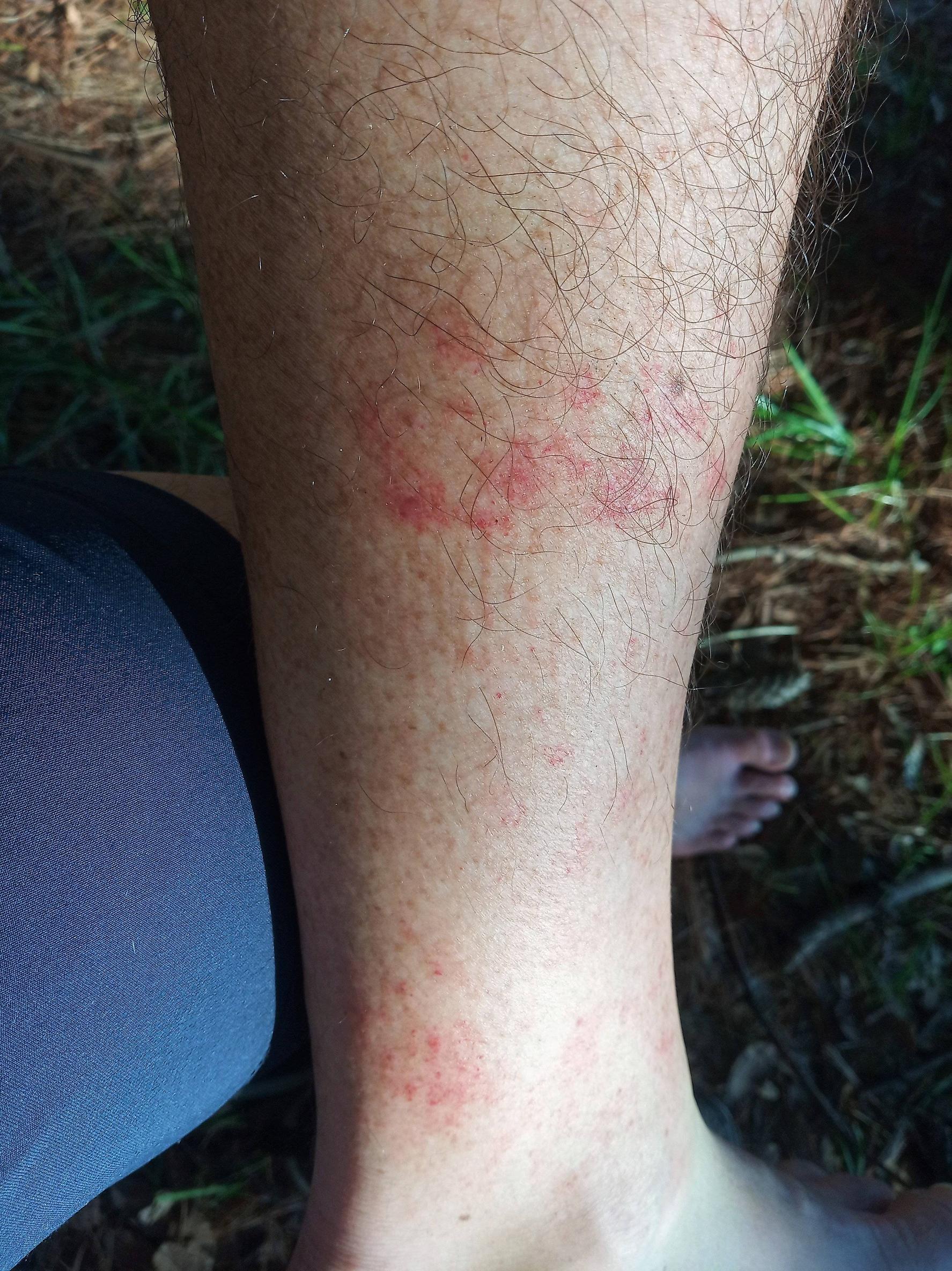 A month and a half ago in Singapore I walked over 40km in one day and this time the entire lower half of both shins and ankles was solid red and there was at least a small amount of discomfort that wasn't quite itching or stinging. I'm now convinced that what I get is definitely heat rash even though it's not painful for me like it is for some people.

Have you considered just not wearing socks? There are lots of proper hiking sandals for sale if you walk a lot, and you could even wear some light washable shoes without socks too once you’re used to it. I find that for hiking in the tropics, unless it’s really high up in the mountains it’s almost never worth it to wear shoes. And if you’re hitchhiking as you say, I wouldn’t know why you’d want something warm and sturdy for those times either.

KendallKendall
1
1
Add a comment  |
Highly active question. Earn 10 reputation (not counting the association bonus) in order to answer this question. The reputation requirement helps protect this question from spam and non-answer activity.