Where in the US can I find green mountains to hike like in Scotland, such as Dalveen Pass?

I really enjoyed hiking in green, grass covered mountains in Scotland, especially Dalveen Pass. Are there any mountains like that to hike in the US, especially in parks? 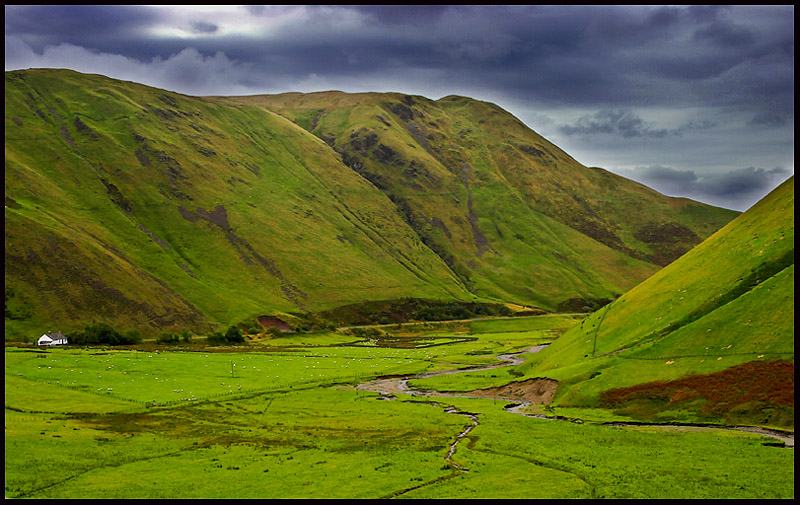 You can find grassy mountains in Colorado in the Guanella Pass, but you may find that the air is a bit thinner up there than it is in Scotland: 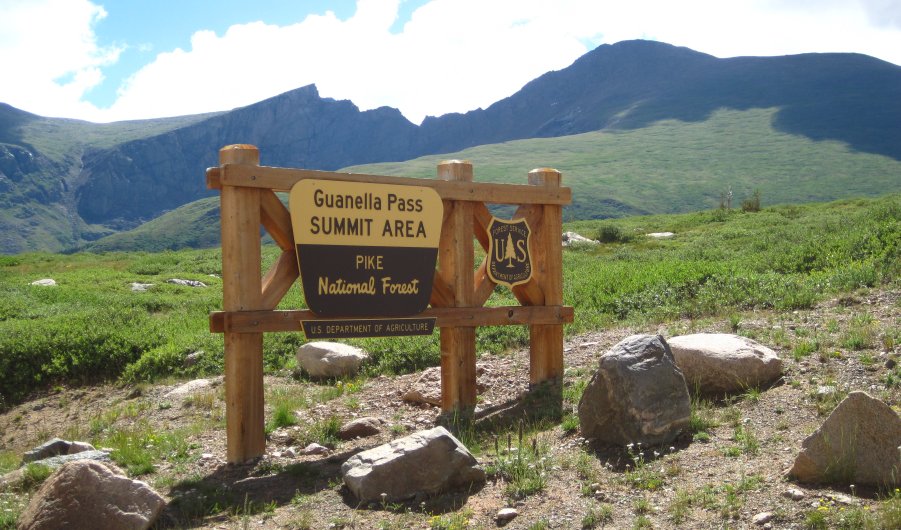 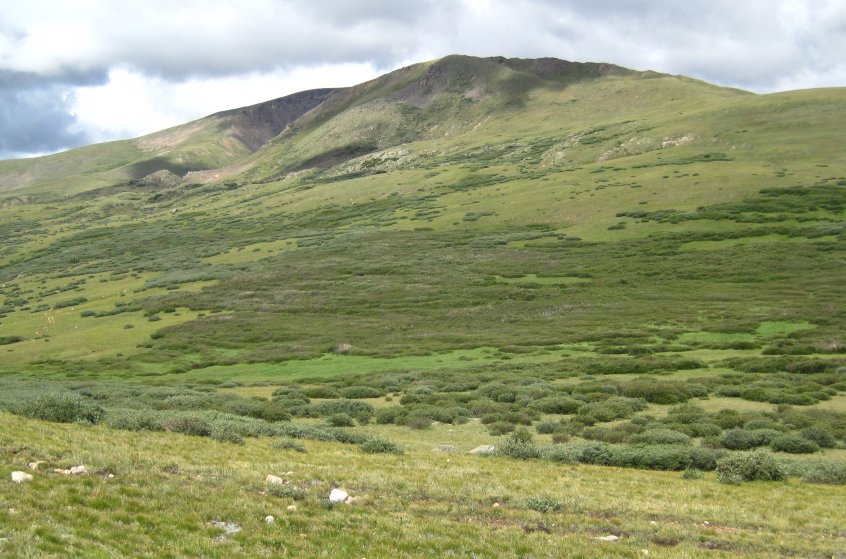 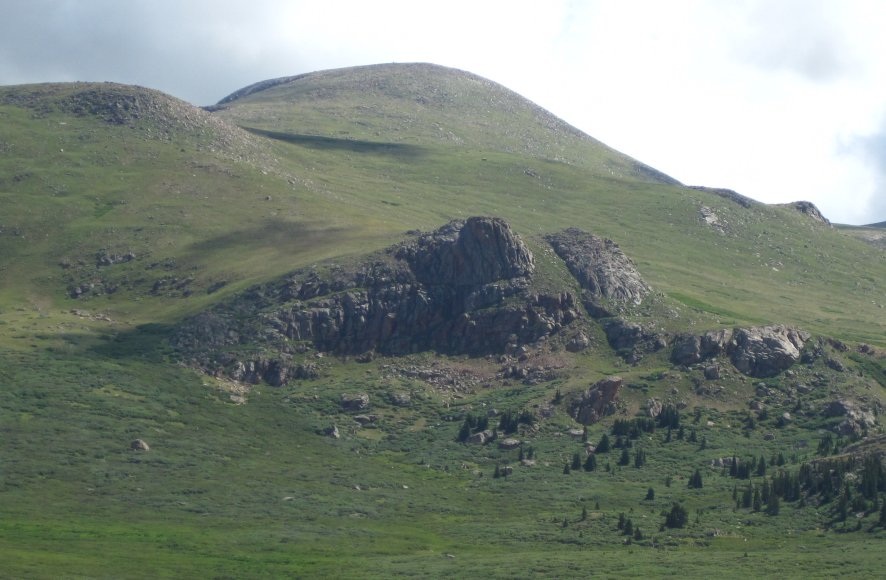 Another place you'll find mountains very similar to the the Scottish mountains is in Newfoundland Canada: 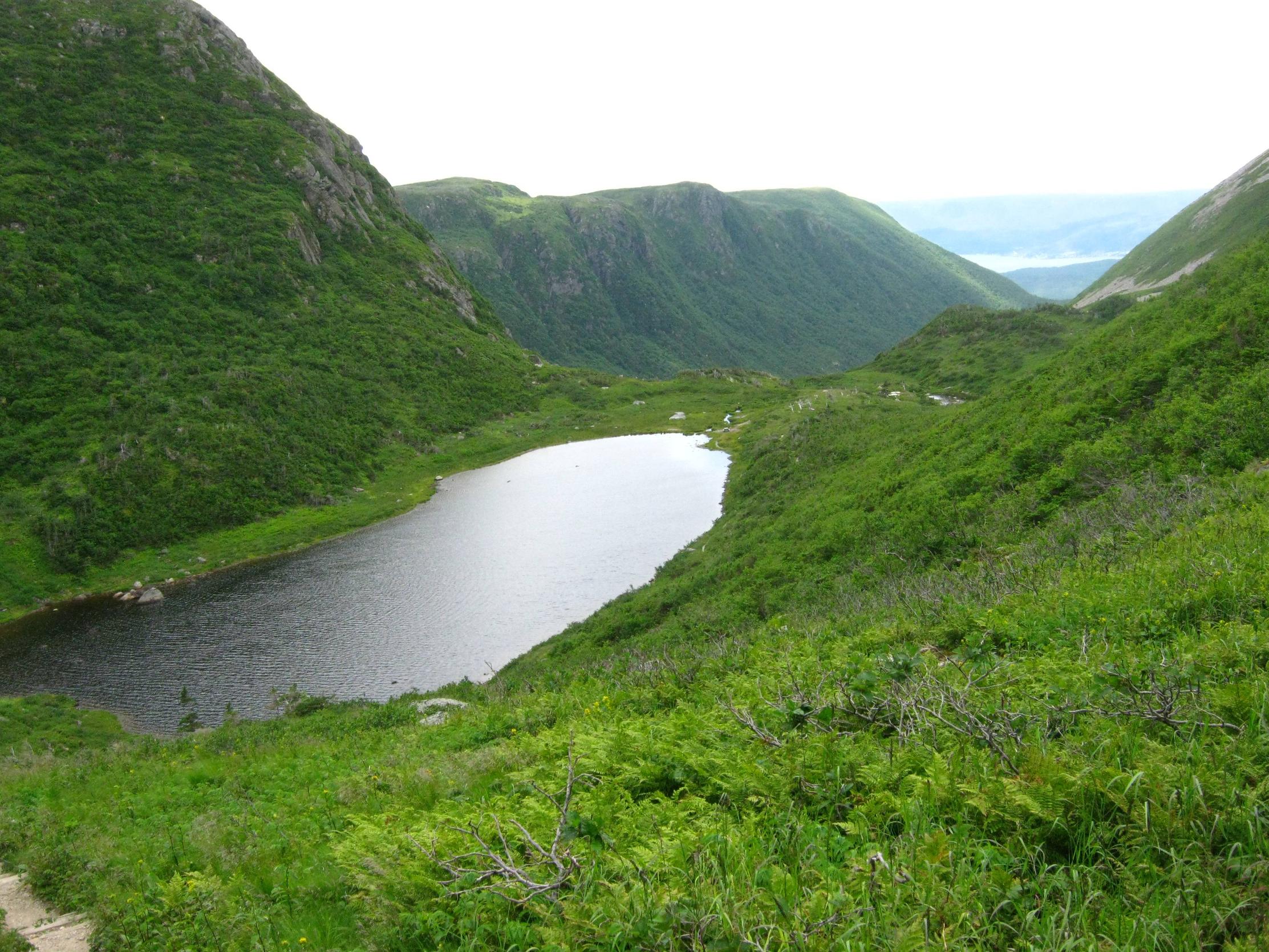 I think your going to struggle. Let me explain why:

Scotland has a very different climate to the US. Scotland is a northern region warmed by the Gulf Stream. At the same latitude in the Americas the temperature is much much colder, think polar bears and ice flows.

Those green hills are the product of lot's and lot's of rain, shortish daylight hours, thin peaty upland soil and lot's a lot's of sheep farming. None of which I would argue is likely to be replicated in the US continental land mass. The UK is a small island and the US, well isn't...

Most people think of the UK uplands as wild untamed spaces, in fact most of it is intensively farmed and has been for thousands of years. If it wasn't for the sheep farms most of those hills would be covered in trees. The US, again, doesn't have this to the same extent because it has a lot more space.

If you do find somewhere it's likely going to have the following aspects:

You're looking for balds. They are quite common in the southern Appalachians. The Roan Highlands along the border of Tennessee and North Carolina are particularly beautiful.

In northern California, after a rainy winter, much of the coast ranges are green and grassy, especially as you get further from the Pacific. But timing is very important.

In the same region, Pt. Reyes Nat. Seashore looks similar and stays greener, although it's not a very big area. 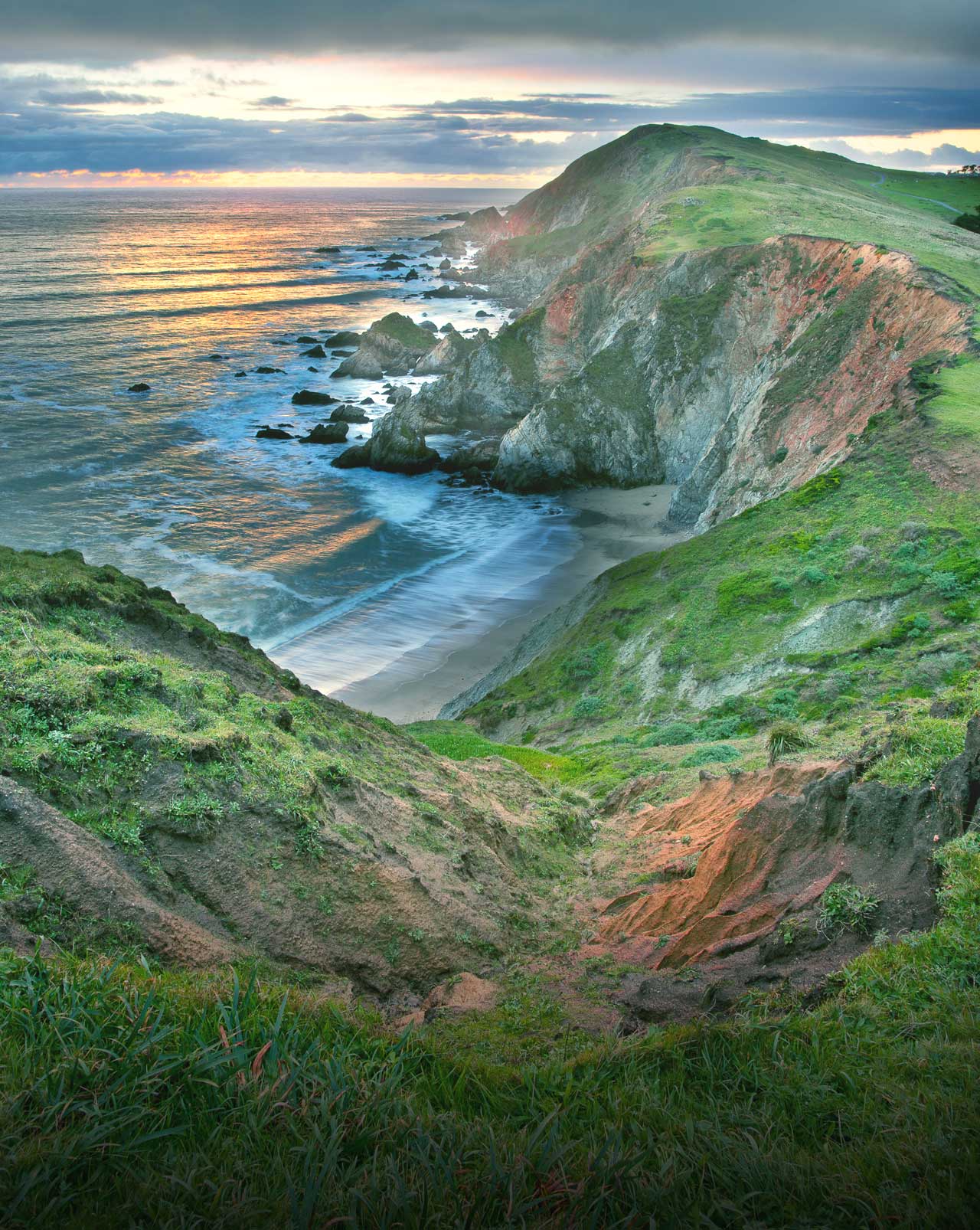 What you are specifically asking for is quite rare. That is because any place wet enough to have the kind of grass you want will have trees. There are vast grassy areas in the center of North America, but they are grassy because they are too dry for trees. They don't look so lush and green except perhaps a few weeks of the year. If they were so lush all year around, trees would be there instead.

There are places sortof like that in the US, but you have to go far enough north so that trees don't grow due to cold. The North Slope of Alaska is one such place. In this case, "North Slope" refers to the north slope of the Brooks Range, which runs east-west in northern Alaska north of the arctic circle. Check out the Arctic National Wildlife Refuge. Here is a picture by GabrielGersch that I found by looking around Google Earth: 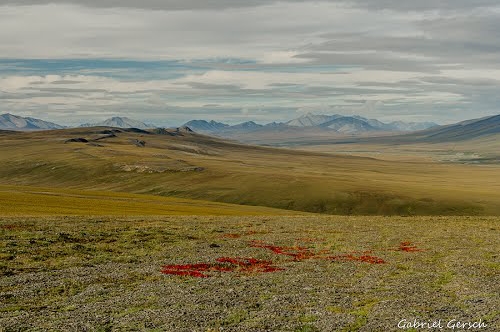 It's not as lush green as Dalveen Pass, but if it was it would have to be warmer and there would be trees there. However, the vast open expanse is certainly there, even more so than Scotland seeing as ANWR is the size of all of Scotland, and that's just one part of the North Slope.

If you're willing to give up on some of the lushness, then there are more options. Again, in North America lack of trees requires either that it be too dry or too cold for trees. For example, here is the Laramie Valley in northern Colorado: 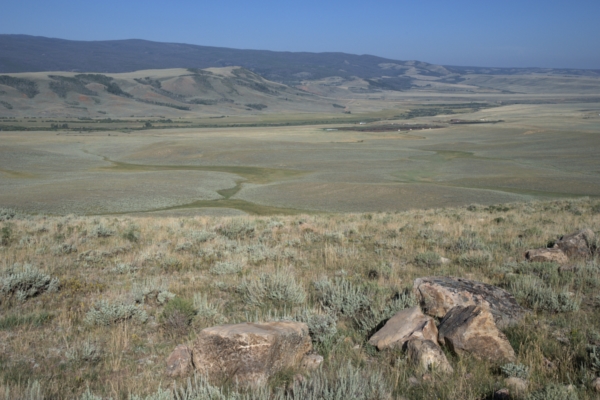 If you're OK with something like that, then there are many more options. Check out some of the National Grasslands in the Great Prarie. That won't be grassy as you are used to in Scotland. This is real prarie, so the grasses are tall, and not so lush due to everything being drier.

Not the answer you're looking for? Browse other questions tagged hiking mountains national-parks scotland or ask your own question.

42
FiveFingers or hiking boots?
10
Trekking in Mongolia without a guide?
8
Where can I find visitor statistics for Canadian provincial and territorial parks?
7
When (if ever) do backcountry campsites in the major Canadian national parks in the Rocky Mountains grow quiet?
15
If a national park trail with its campsites has been decommisioned, can I still hike and camp there?
8
Where can I find additional resources about Wildlands Provincial parks in Alberta?
11
Why can I hear such long distances in the mountains?
3
Are there any credible estimates of how much of the US National Park System does not have cell phone reception? If so, what do they conclude?
7
Open, fjell-like landscapes in Germany
0
Debris in boots