If the Dawn Wall had been climbed before, why was the 2015 attempt so difficult?

There's a lot of talk in the media about Kevin Jorgeson and Tommy Caldwell's free ascent of the dawn wall of El Capitan.

This wall has been climbed before, but this is the first time it's been free climbed. What are Kevin Jorgeson and Tommy Caldwell doing differently now that hasn't been done before?

The Dawn wall is one of the largest and most difficult climbs in the world, it's nearly 1000m of blankness, there isn't a lot to hold onto all the way up. 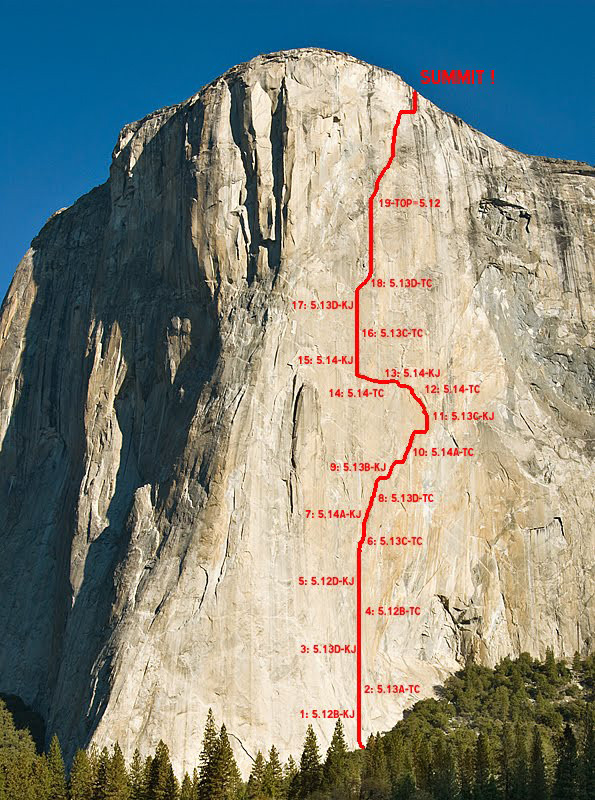 But you're right, it has been "climbed" before. The Dawn wall was first climbed in 1970 by Warren Harding and Dean Caldwell. These climbers used a different technique to what Kevin Jorgeson and Tommy Caldwell are using today.They (Harding and Caldwell), and everyone else after them, used Aid Climbing to climb this wall. Where as Kevin Jorgeson and Tommy Caldwell are Free climbing the Dawn wall. So what's the difference?

Aid climbing uses a series of specialist tools to scale the wall. These vary considerably from mechanical cams to sharp bird beaks. The idea of this "aid" is that you place it on (or in) the rock above you and hang special ladder like devices called "aiders" from. You then climb the aiders and place another piece of gear, repeat. All your weight is taken by the gear on the wall. You don't really climb (the rock at least) with your hands and feet. 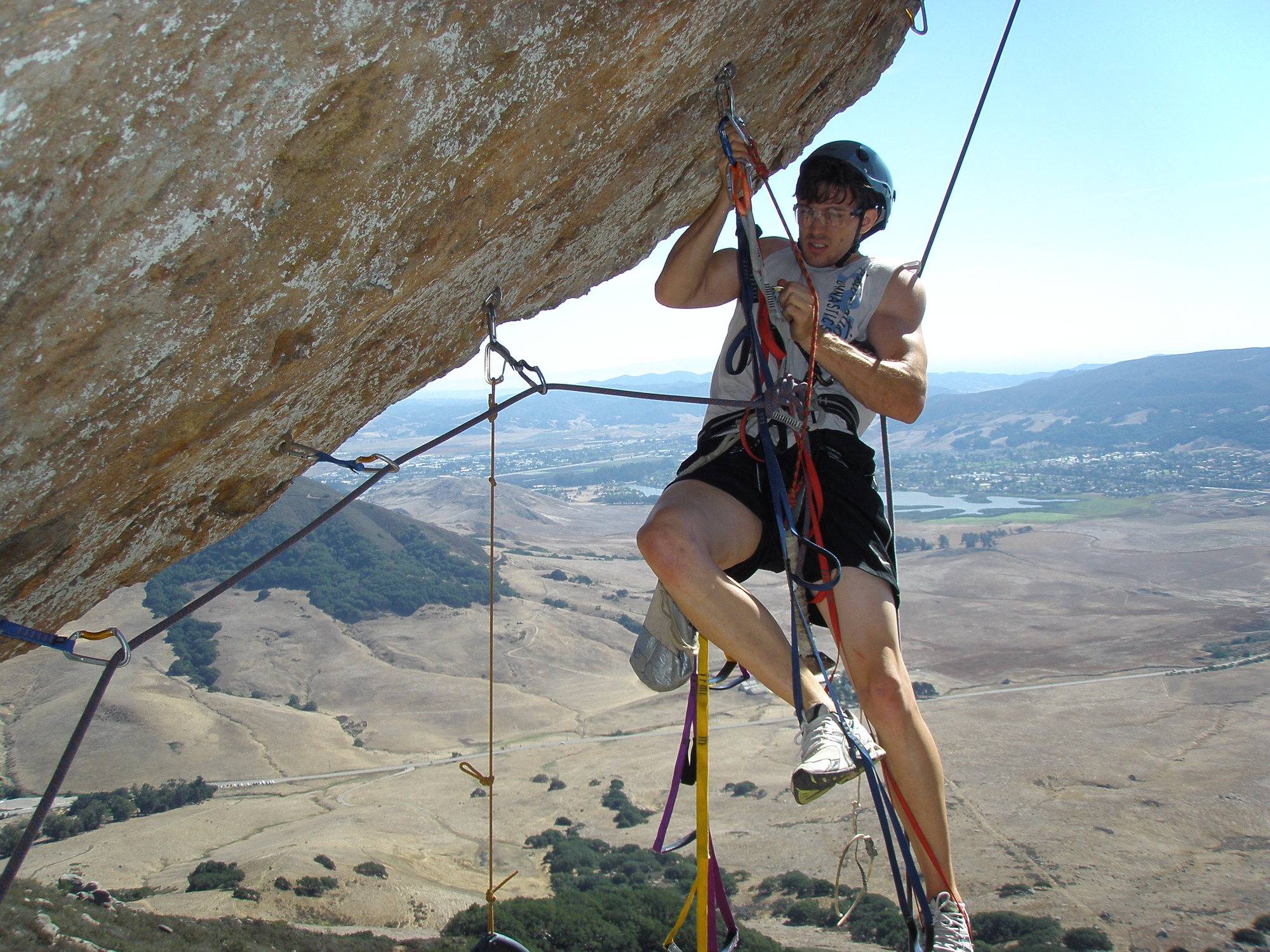 Not to be confused with Free soloing (where no rope is used). Free climbing is what most people think of when they think of climbing. You climb using your hands and feet. You still place protection using similar tools to aid climbing but these are below you, not above you and are designed to catch you should you fall. The climbers use special sticky shoes to aid friction with their feet and often tape hands but apart from that they pull on the rock using their hands and feet. 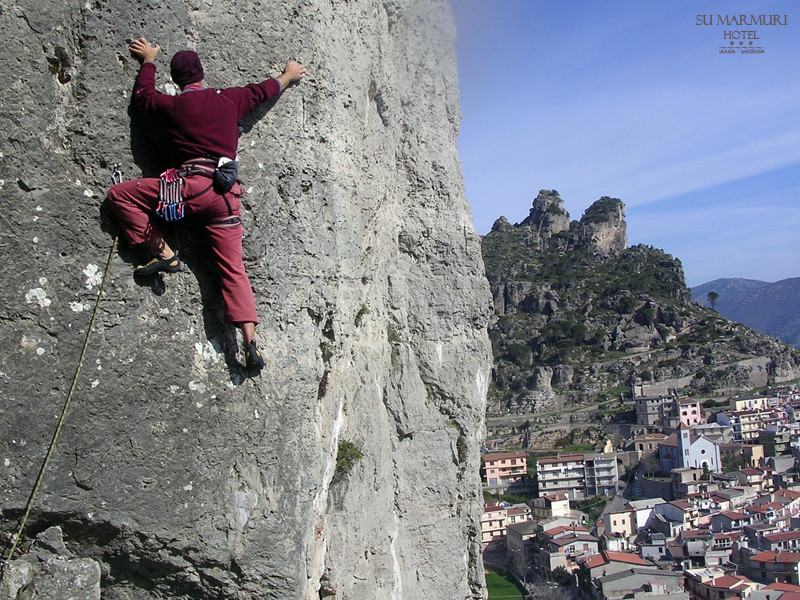 So Kevin Jorgeson and Tommy Caldwell are the first people to climb the Dawn wall without using aid.

A lot of people get Free climbing and Free soloing mixed up. For completeness Free soloing is when you climb as in free climbing but without the protection (or rope) to prevent serious falls. No one has ever free soloed the Dawn Wall. 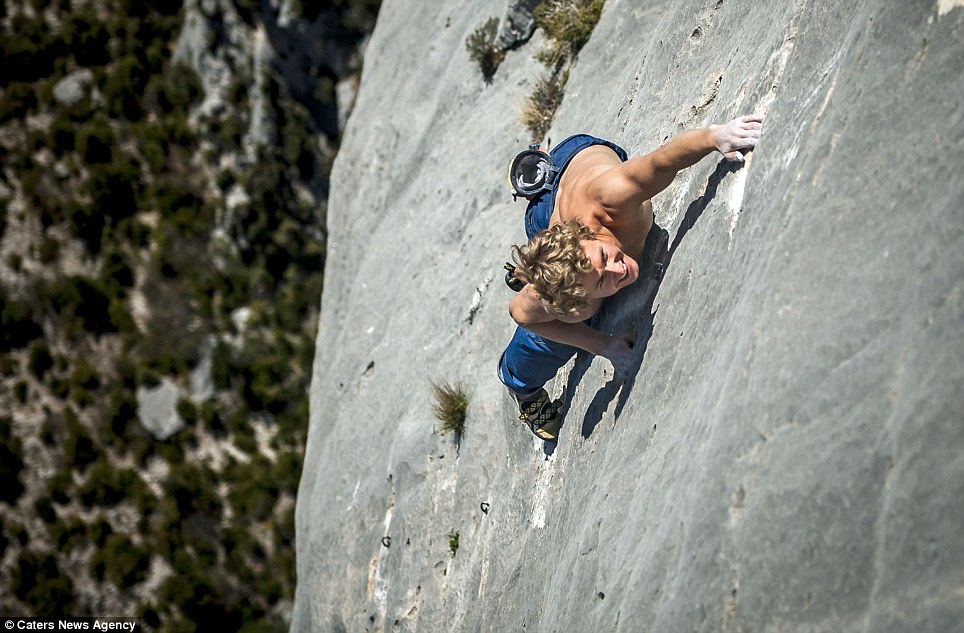 Since writing this, Alex Honnold has (amazingly) free solo'd El Capitan (now a major motion picture :) )....he didn't do the same route as Jorgeson and Caldwell he did Freerider (which at VI, 5.13a is slightly easier than the dawn wall (New Dawn).)

Liam's answer is spot-on, but I would like to add some details.

"Dawn wall" is actually not the name of a route, but of a portion of the south-east face of El Capitan, which you can see in the figure below: 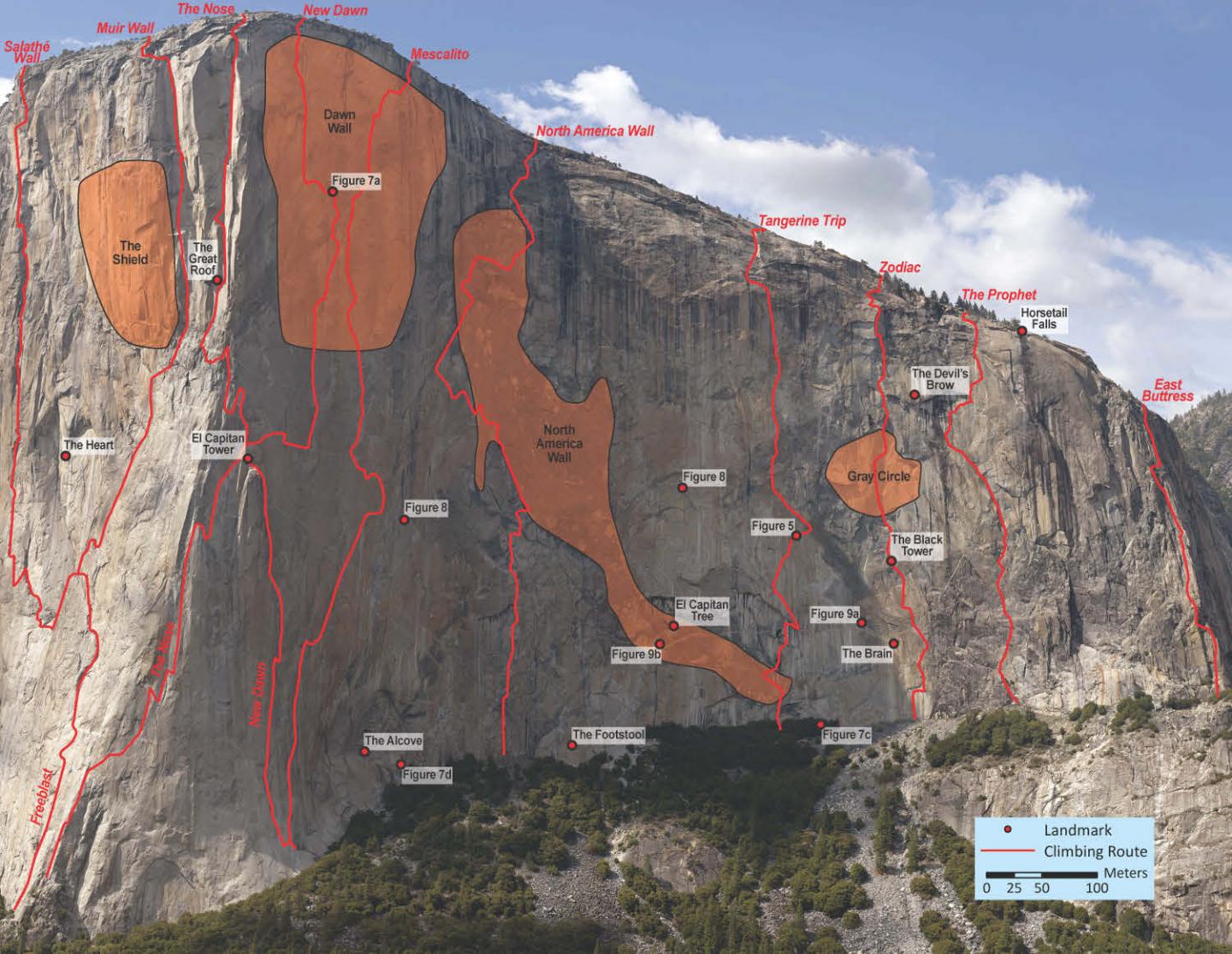 Figure: the south-east face of El Cap. From www.xRez.com

The first ascension of El Cap passing through the Dawn Wall was realized in 1970 by Warren Harding and Dean Caldwell after 27 days on the wall (source). The name given to this route was Wall of the Early Morning Light (WEML).

Since then, other routes have been established on the Dawn Wall, most notably (source):

Caldwell and Jorgeson's route is called Free Dawn and it resulted from the combination of 14 pitches of Mescalito, 2 pitches of Adrift, 4-5 of WEML, 2 pitches of Tempest and 8 new pitches (source).

What is remarkable about their ascent, apart from the very remarkable fact that it was a free ascent, is the amount of time and work that they had to put into finding a path that would allow for the route to be free climbed.

It was not a "mere" free ascent of a pre-existing aid route, even if some people seem to think that what Tommy and Kevin did was "just" a free ascent of the old WEML route.

15
How do I mount a hangboard in an apartment?
16
Placing protection efficiently when leading trad?
23
When should I retire my rope
12
Who places the bolts on rock climbing routes, and how?
15
Climbing: fear/panic on boulder wall
9
Big wall strategies for a three-member team
16
Why is (almost) no one climbing hard routes on Half Dome?
20
Why would you climb hard bigwall projects in Yosemite in winter?
4
Question about climbing in “A Line Across the Sky”
0
Munter hitch + prusik for rope solo lead climbing