I just saw a documentary where they investigated lakes inside of glaciers. They rapelled in big crevasses and even dived in those sometimes huge water reservoirs.

The scientist had a regular looking headlamp but on top of it there seemed to be an open flame. What could be the purpose of this tool and how does it work?

Made a picture of that headlamp: 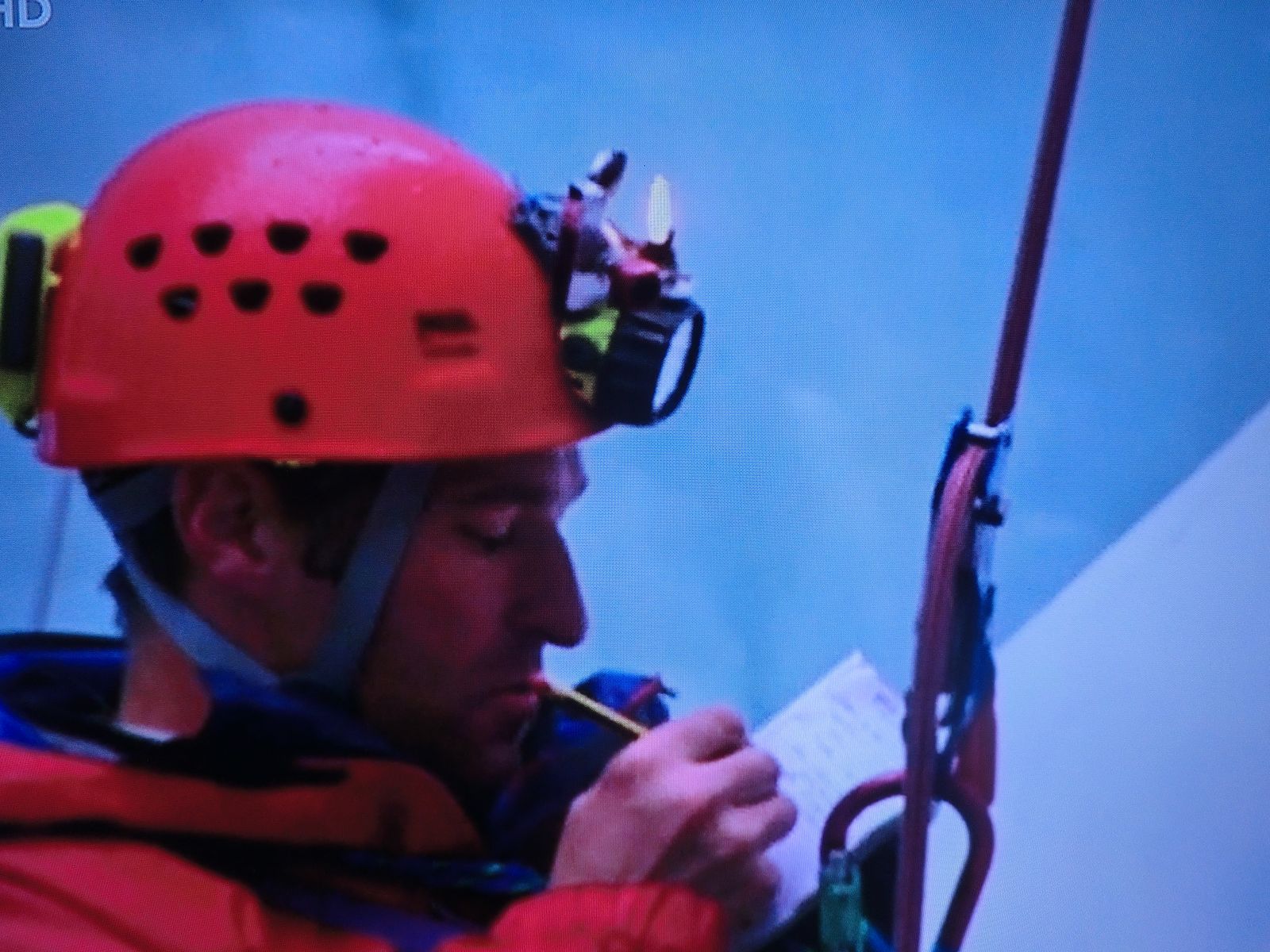 I would guess it's a carbide lamp as it was in former times used by mining workers and is still used in speleology (caving) sometimes.

The basic working principle is a box with carbide and a water reservoir from which water slowly drips onto the carbide. Carbide and water chemically react and form acetylene gas which is guided through a hose to a small nozzle where it is burned. The flame is in front of a metallic mirror to concentrate the light.

So why is this (still) used? The advantage of this setup are

Possibly they did wear those lamps just for the documentary to give it some nostalgic touch, but there are situations where such lamps are at least not worse than battery powered ones.

What you're looking at is a carbide lamp, and it looks to be a Petzl Aceto. What you can't see in this photo is the generator, which is a round canister with two parts. The upper part contains water, which drips into the lower part containing small lumps of calcium carbide. The reaction releases acetylene gas, which travels via a tube to the actual lamp.

Compared with electric lamps they have a few advantages:

And a few disadvantages:

Over the last couple of decades, electric lamps have improved greatly with new technologies (Li-ion batteries and LEDs) and better build quality that the advantages aren't as great as they used to be. And some cave systems have restrictions prohibiting the use of carbide (generally for conservation reasons, due to a history of indiscriminate dumping of spent rocks). But carbide still comes into its own on long expeditions, and as the photo shows, it's common to have both carbide and electric on the helmet so that each can be used where it's the best tool for the conditions.

Not the answer you're looking for? Browse other questions tagged gear flashlights caving or ask your own question.

13
Flashlight or headlamp for night hiking?
11
Climbing Webbing with Taped Ends (where & why)
15
Why might one need a 2000 lumen headlamp?
4
Protection while working with acetone
7
Do flashlights (torches) with multi-color capabilities have any applications for usage in the great outdoors at night?
13
Why are carabiners so much weaker if the gate is open?
7
How can I fix an airbed valve that pops open?
8
Open water swimming, apnea or regular wet suit?
1
Turning on a rgb headlamp with red first
6
Flashlight for night open water swimming