What are the advantages/disadvantages and typical use cases for different sizes of locking carabiners?

I'm wondering if one is better for belaying, anchoring, or if it's purely preference. I would think that the smaller ones would be nicer all-around, but I may be missing a use case for larger carabiners.

Typically a small biner is fine. The larger ones are useful in a number of scenarios though, for example rigging a belay where you have multiple anchors each tied into your carabiner, the bigger biner gives you more space to add clove hitches, etc. This is only really applicable to trad climbing where you build complex belays with 2+ anchors spread out on a cliff that need equalising, etc. 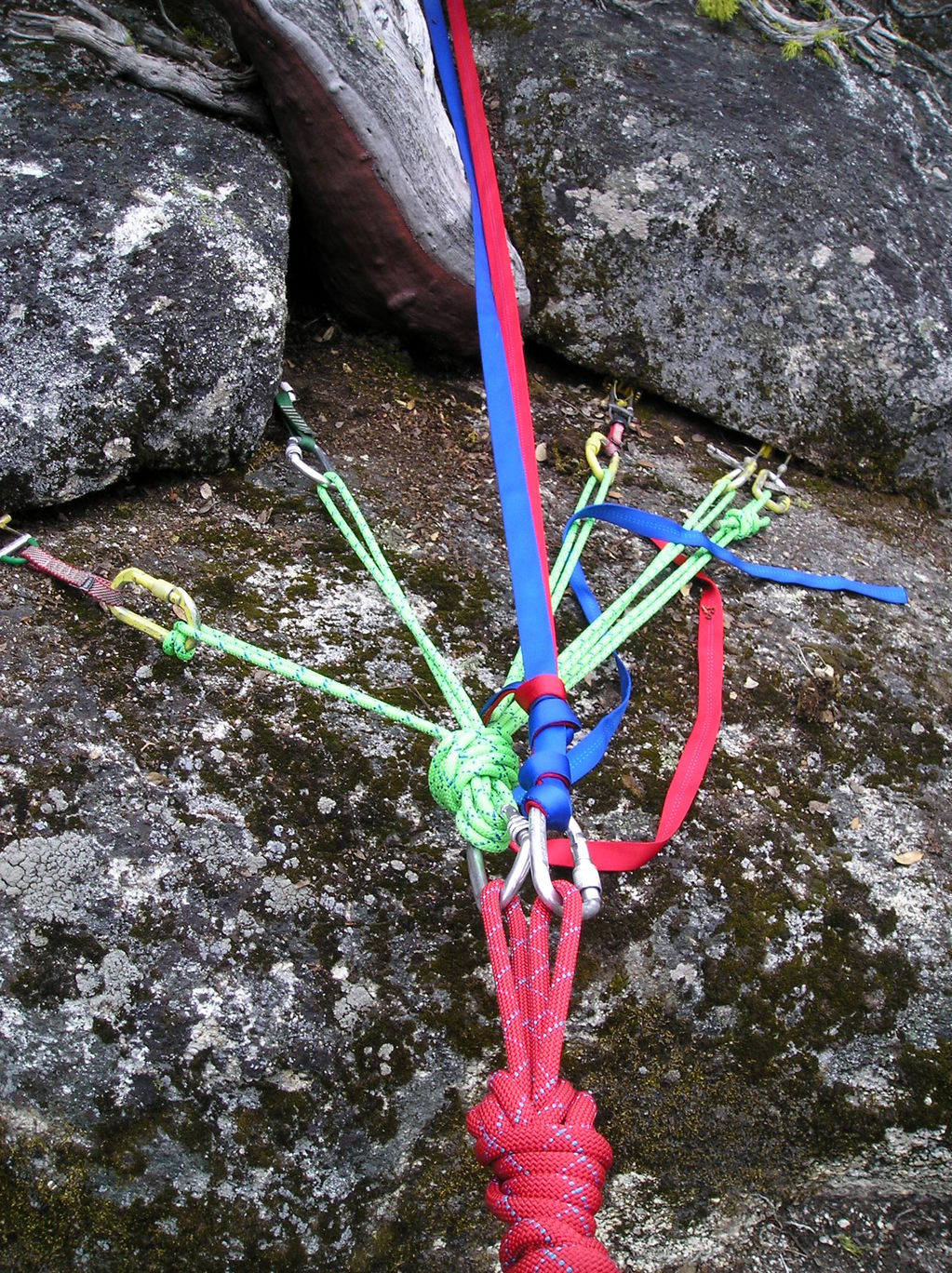 You'll likely find the big biner will take a larger load too so it's safer if it's cross loaded, etc. (though this, as mentioned is highly variable)

Another slight advantage is heat, if your applying a lot of friction to your biner, say using a munter hitch to belay, the big biner will heat up less and dissipate the heat faster.

The trade off to this is obviously weight and price. Normally one large belay biner is enough.

Size is one of many differing factors in the design of locking carabiners, there are also different shapes and different profiles, each carabiner design is intended for offering the best performance for different functions. Larger biners are typically for working with larger ropes and larger loads. Small biners are for working with smaller ropes, smaller loads, and saving weight.

Of the three biners you listed, only two are different sizes of the same style of biner:

The third, the Black Diamond Positron, is an offset 'D' Carabiner with a 'T' profile.

Pear shaped biners were designed specifically to be used with a munter hitch, load release hitch, or more recently the radium release hitch, and work excellent for belays and rappels. Different sizes accommodate different rope sizes. I have both large and small biners, large for when I'm working with 11-15mm ropes, and small for 10mm and smaller. The pear shape and rounder profile makes them great for reducing wear on ropes (and the biner), but they're not as strong as the D-shaped positron carabiner because the load is distributed differently.

D-shaped carabiners are stronger because they carry the load along the spine of the biner, as opposed to pear or oval shaped carabiners which carry the weight dead smack in the middle, hence the bulkier design. D-shaped locking biners are ideal for making anchors, attaching anchor plates, and for use with certain rappel devices, but aren't well suited for accommodating a lot of knots, especially the munter hitch.

I carry one large 'biner for building belays, I use my rope to equalise my anchors and join them at my harness using clove hitches and a screw gate through the bite of my figure of 8. Being able to fit multiple knots onto a single 'biner saves the need to carry extra. 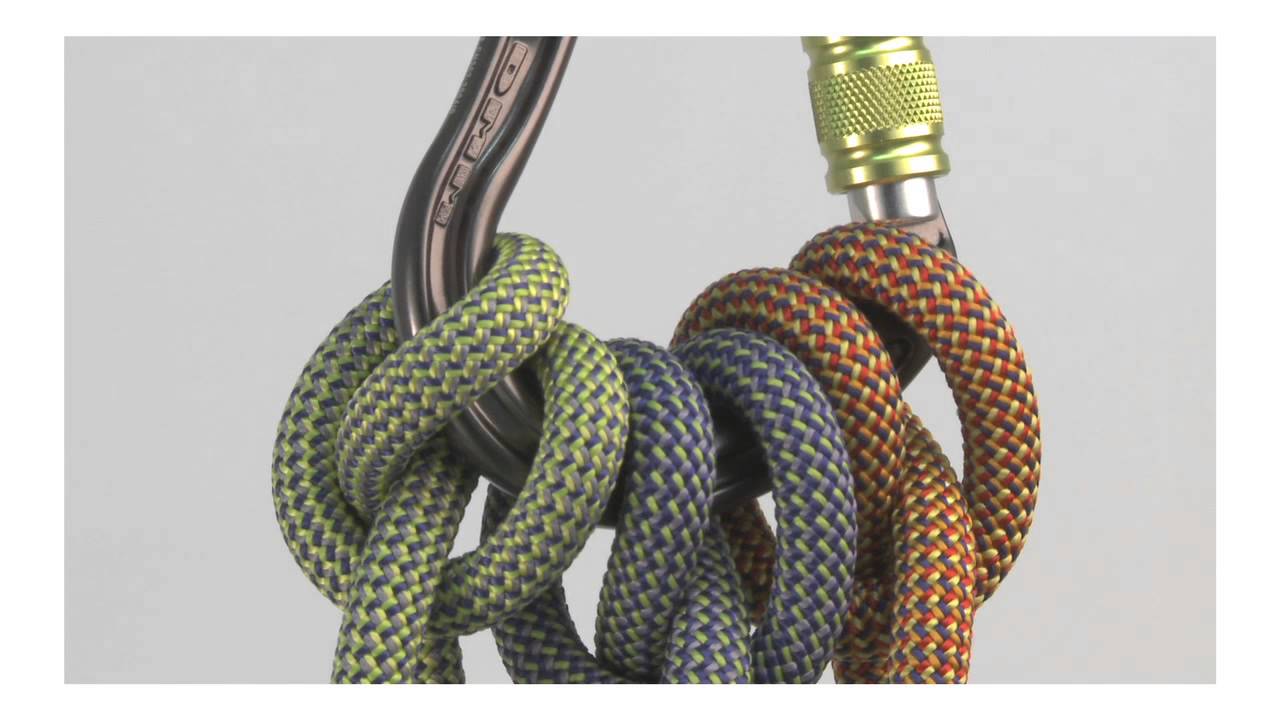 When moving together across glaciers, etc. I would pass a screw gate through my harness in the same way I would pass a rope if I was tying in (not on the belay loop to reduce chances of cross loading.) and tie a knot on a bite so I can secure my self with the appropriate amount of rope between me and the rest of my party. A 'biner that is smaller than the belay loop will alter the fit of the harness. 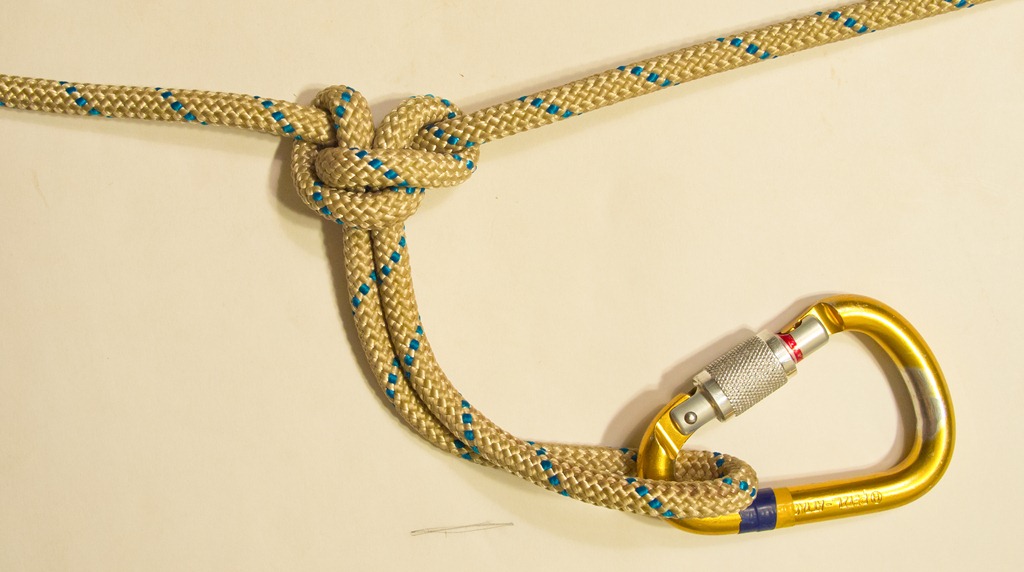 A larger radius is kinder to your ropes and can make the rope handle more smoothly. See Steve House talking about his gear for Nanga Parbat.

Quite subjective but I think they are less fiddly to handle, especially with gloves.

Heavier and take up more space on your rack.

The bigger carabiners will work better for a double rope rappel or for belaying two ropes if you're into that kind of thing.

Bigger is easier to attach to your harness if you don't have belay loop (or you prefer not to use it).

Also, I think that belay devices are meant to interface to a larger biner when locked off, for smoother action ... but I could just be imagining that.

Not the answer you're looking for? Browse other questions tagged carabiners or ask your own question.