I spend a lot time rock climbing and walking and generally being around rocks. But I've never seen a fossil. I've always liked the idea of finding a nice fossil.

How would I go about doing this? Any beginners guides?

Fossils are very prevalent in certain geographic areas, and practically non-existent in others. A lot of that depends on the geography of the area – both the present geology and the geologic history of the location dating back millions of years. Fossils require very specific conditions to form (which you can read about on Wikipedia and elsewhere in great detail), and then must be exposed on the surface when the surrounding sediment is eroded away.

This map shows (in green and dark blue) the regions of North America where rocks that formed during the Age of Dinosaurs -- 225 to 65.6 million years ago, are exposed at the surface of the Earth. The red dots mark all the dinosaur discoveries ever reported in the scientific literature. If you live near near one of these places, there might well be dinosaurs in the bedrock under your home! 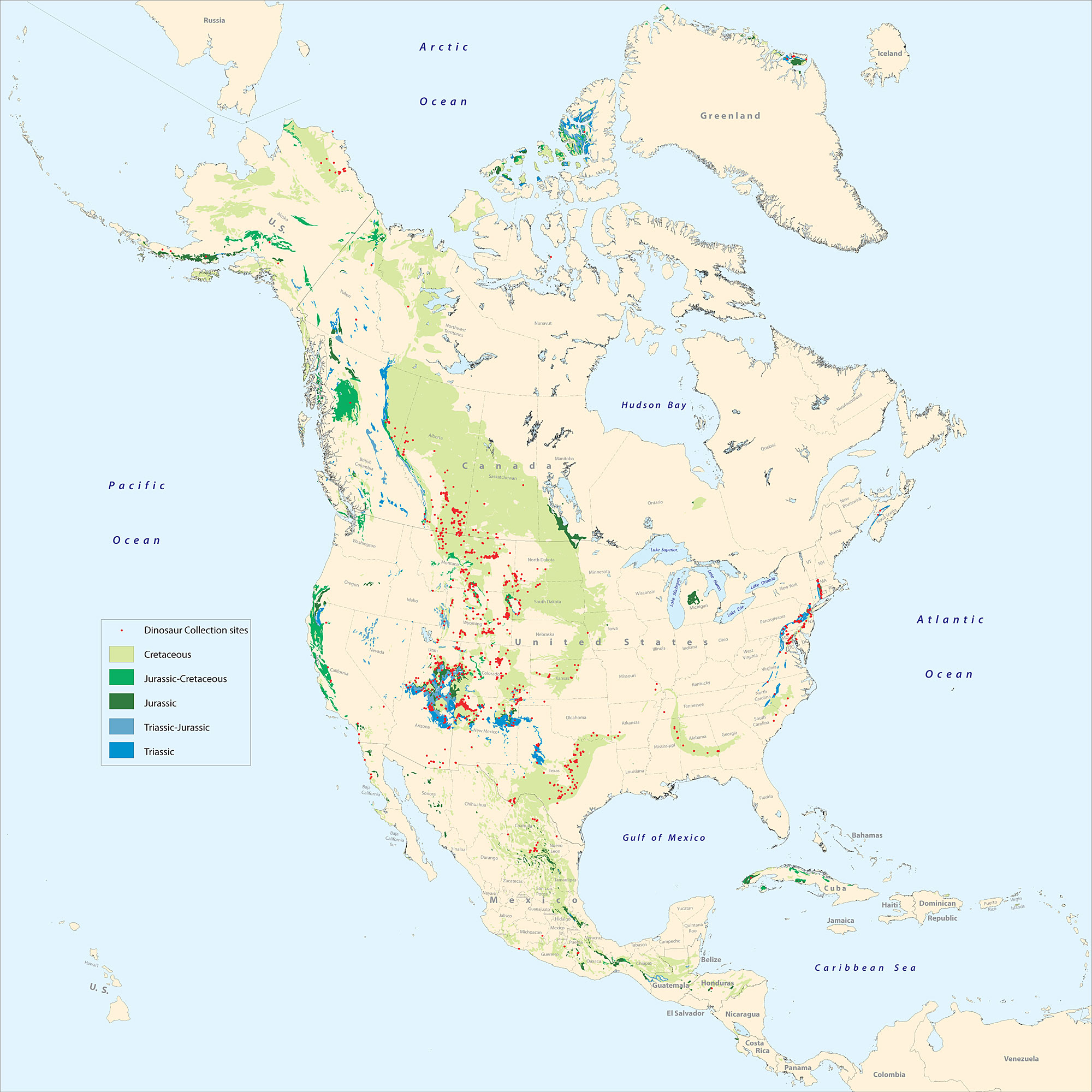 Of course, dinosaurs are but one of many fossils out there, and this map only shows North America. The best way to find fossils near you is to search the internet for "fossils" and "your region", e.g. "fossils in Oregon" or "fossils in Ireland" or wherever you are. Many known fossil deposits are protected areas for conservation, but there are plenty of places where you can see them yourself.

Many people think of giant dinosaur bones when they think of fossils, but there are millions (if not billions) of fossils of much smaller organisms out there – fossils tiny sea creatures abound embedded in rocks along coastlines, like these: 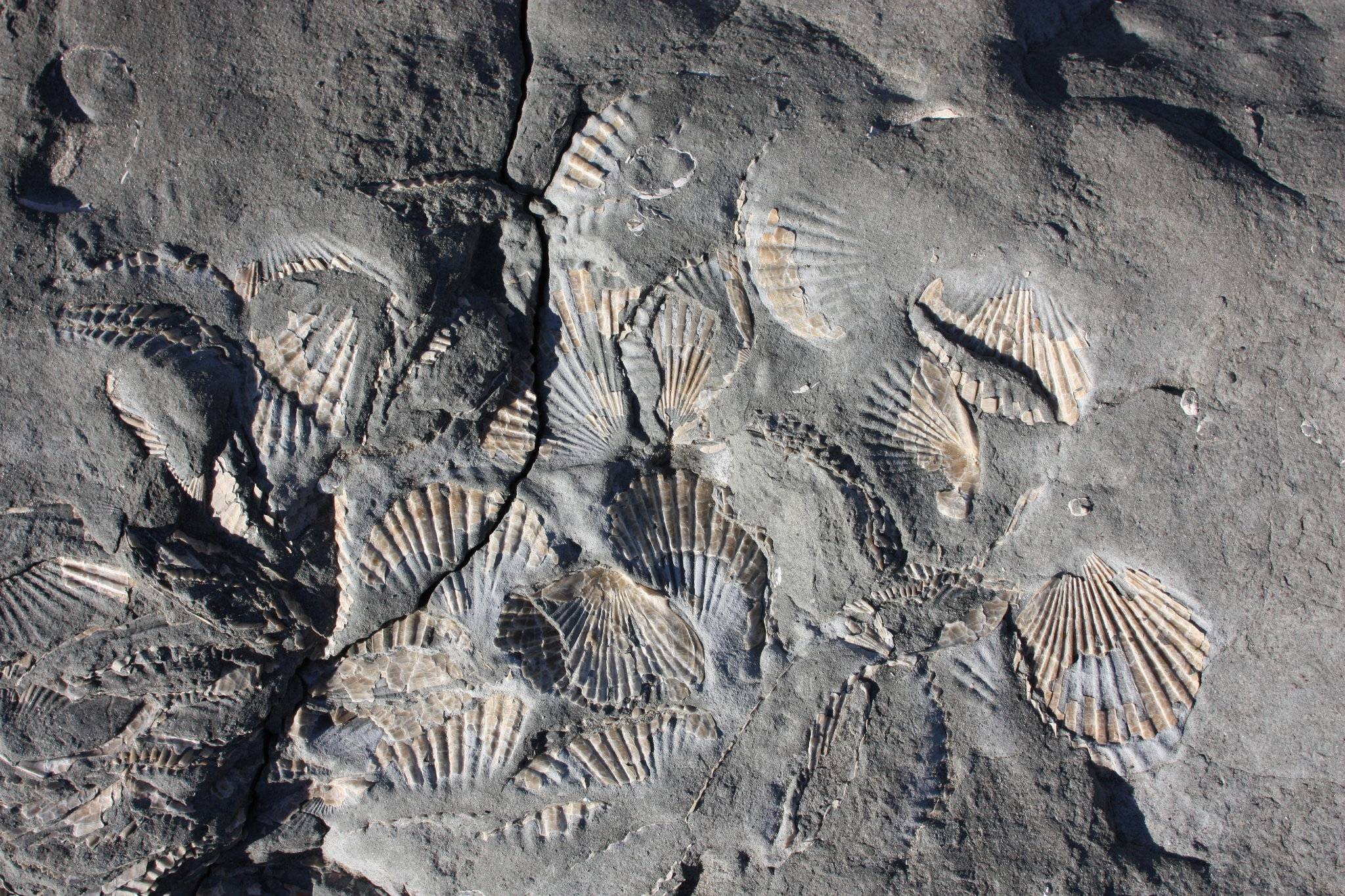 You're unlikely to just spontaneously find fossils in areas you go climbing/hiking; you need to specifically research where they are found and go to those areas. If you do find fossils, remember that they have been there for millennia. Practice good leave-no-trace principles, and leave the fossils as you found them.

7
Where in the north of the UK are locations with good and easy to locate fossils?