What refilling material or glue did you chose to resole your trekking shoes? (What works, what doesn't)

Theses shoes are still good (picture have been removed), but the small missing part of the heel makes them painful to wear. I'm looking for the most efficient way to extend my shoes life (robust, cheapest, aesthetics and ecological). I'm looking for feed backs about what you tried: what work, and what doesn't.

The sole could be theoretically fixed in several ways:

● by adding the missing matter on the sole with a form-work That would be the easiest solution : filling the missing part with some rubber like matter that would solidify. And maybe a bunch of small screws that would be cover by the matter and increase the adhesion between the filling and the remaining part of the sole. That would be super, but since I haven't seen anything about it on the web, it's probably because it doesn't work... Did you try it?

● by cutting few centimeter of the heel and gluing a new heel sole: I'm tempted to use a piece of tire, that seems to work and that looks great. Did you try, which kind of glue did you use, which did last, which didn't? I know that theoretically many glue should fit but I also know by experience that resoling did failed most of the time (I spent my childhood running after my soles...). I'm tempted to use neoprene glue (contact adhesive) for the first adhesion to be completed by superglue for the tricky parts. What do you think?

ps: I would prefer practical feedback rather than theoretical advises (pictures of your experiments are warmly welcome!)

ps2: such worn out is cause by an "overpronation".

EDIT: shoe goo & heel are extremely expensive where I'm living. So we need to be creative. Any feedback about what did work for you, or not, (kind of glue or heel) would be extremely appreciated (don't hesitate to post pictures).

The go to shoe repair glue I've always used is Shoe Goo. I've used it mostly for when my soles started to separate from my uppers, and it's always done the job for me. 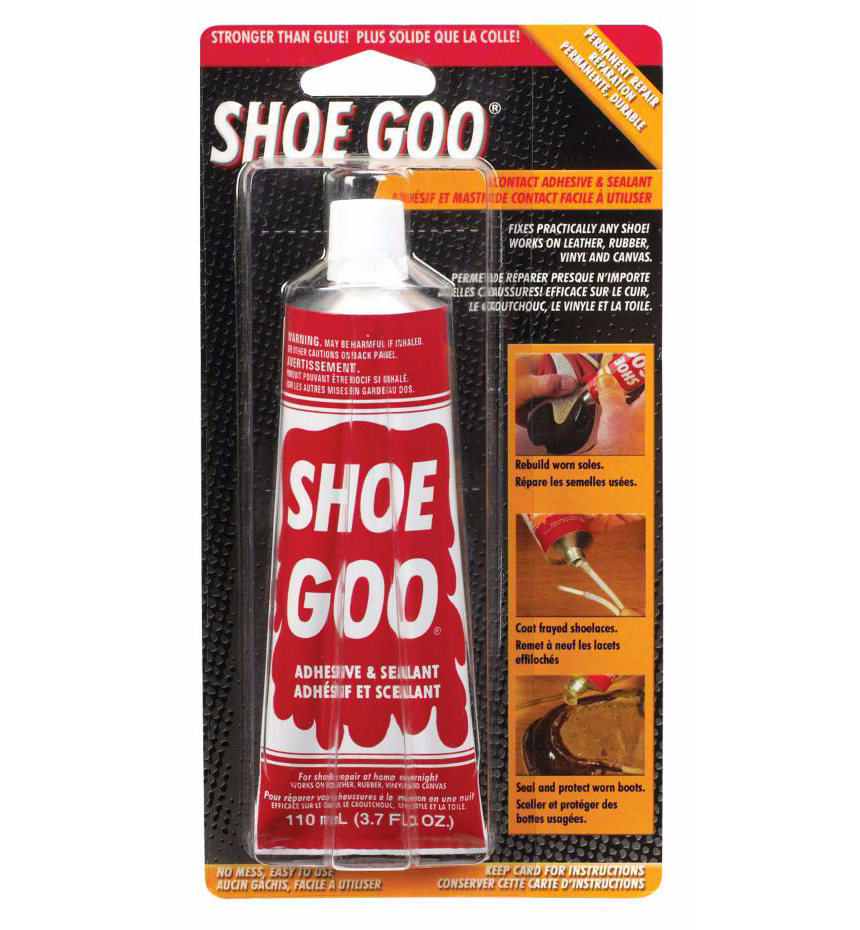 As far as resoling your shoes, you're right in your suspicion that the "easy solution" doesn't last, Shoe Goo advertises that it can be used to rebuild worn soles, and it will for minor repairs, but in my experience, it eventually just comes off in a messy clump if you try putting a substantial amount on. Best thing to do is to grind the sole down flat and glue a new heel block on with shoe goo and clamp it tight. You could probably get a way with only grinding it down mostly flat and fill in the rest of the void under your new sole with shoe goo. You can try using tire rubber for your sole (have fun cutting it), but a new heel block doesn't cost that much, you can get them for a couple bucks: 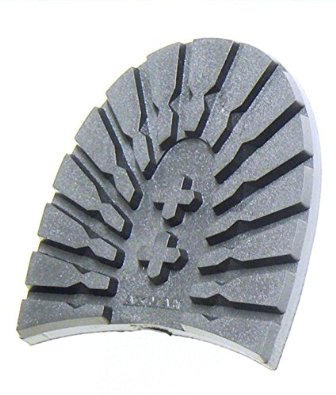 One tip about the shoe goo, make sure you apply it smoothly! gobs will dry as gobs and you will feel them when you walk.

Not the answer you're looking for? Browse other questions tagged boots shoes maintenance repairs or ask your own question.

7
What to do about slippery plastic soles of cross country ski boots
15
What are the benefits of Vibram FiveFingers?
2
Hiking boot help
9
How to get the best results when applying gelcoat with a brush?
7
What type of glue is best to repair/resole cross country ski boots with plastic soles?
9
What sort of glue (if any) to use to fix replacement tips onto carbon fibre trekking poles?