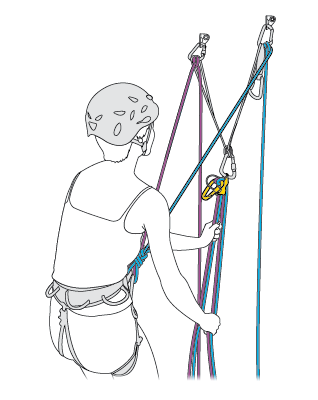 18
Difference when using twin or half ropes

14
What's the best way to swap lead when climbing in a group of three using a pair of half ropes?
4
Shortening a shoulder-length sling to half-length?
11
Belaying directly off a ground anchor?
12
(Why) Should I hold the rope when belaying the second climber with Reverso?
9
Big wall strategies for a three-member team
15
Is belaying a lead more difficult than a top roped climber
5
Dealing with twists in a rope while belaying
12
Is belaying with a hip belay unsafe?
2
Dynamic belaying in trad climbing
3
Belaying with two hands below atc