There are a lot of caves around where I'm from in the Southern Canadian Rockies, including the largest cave, and the longest cave in Canada, as well as the Booming Ice Chasm. The caves around here were carved out by the flow waters off of the continental ice sheet during the last ice age, so they aren't growing anymore, instead, they're filling back in.

Scree that falls off of the mountains finds it's way into the cave entrances, then slowly makes its way deeper into the cave, filling in some tunnels. 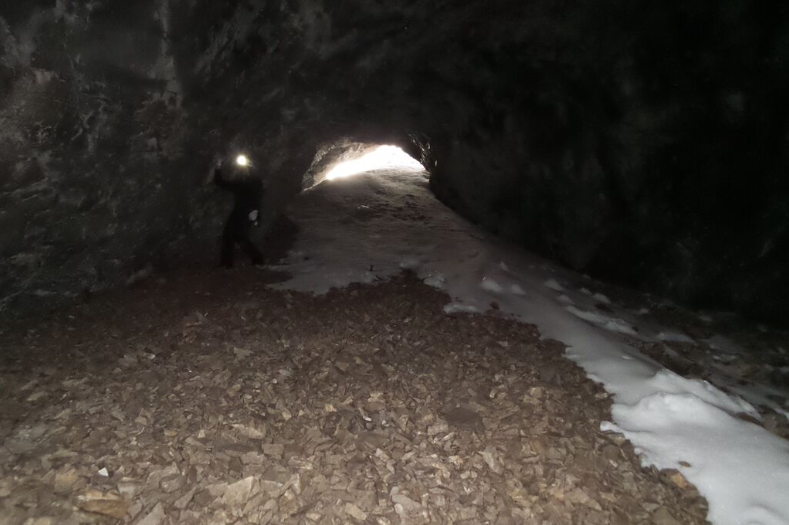 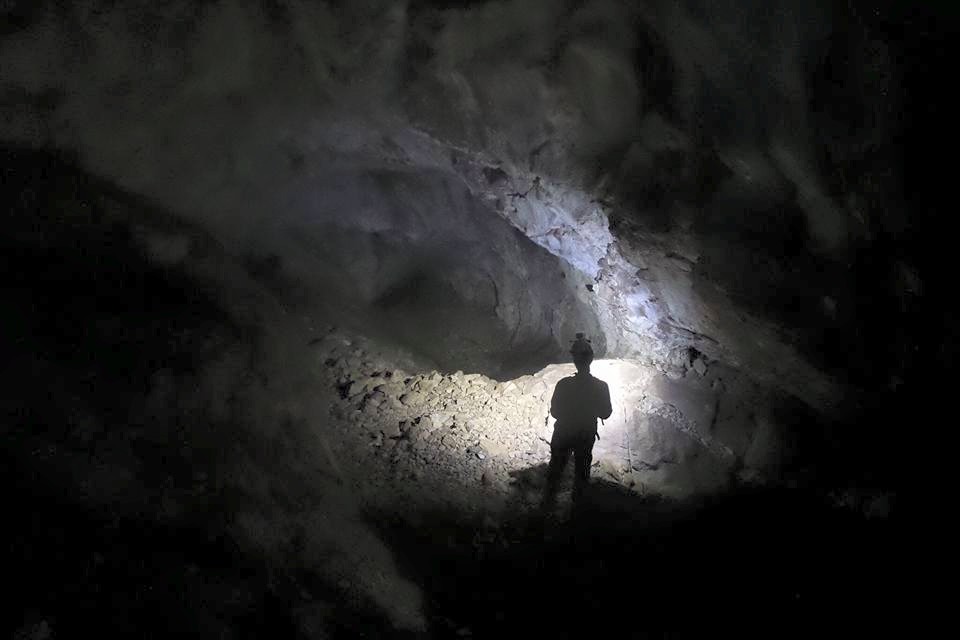 It's obvious in some places where the cave dead ends that it used to go further, deeper, or higher, but the tunnel is blocked by scree. Even though many are filled in, there's still water flowing into or out of them, so who knows how far they may go, or whether they may connect to other unexplored chambers or even connect to other nearby caves. Chances are good that the entrances to lots of undiscovered caves in the area are buried by scree too. 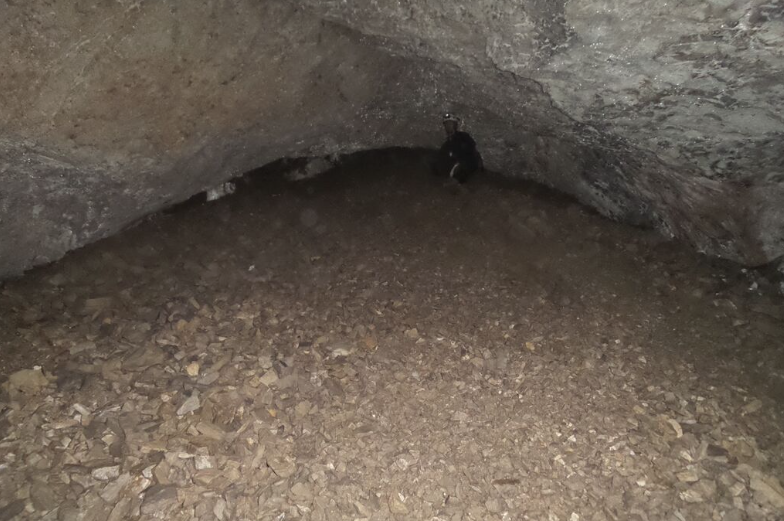 What I'm wondering is if there's any risks to excavating these tunnels? I don't think that they would cave in, they held themselves up just fine before getting clogged up with scree, I'm more concerned about digging up into the scree. There's one cave that may have a blocked entrance on the other side of the mountain it's in, which could be easily excavated from the inside out, but I don't know how much scree might be behind where we want to dig. I'm worried about an avalanche of scree pouring into the cave once we clear out enough of the tunnel.

How safe would it be to attempt to dig through some of these blocked passages?

In the UK and at least some other European countries, it is very common to dig in caves to get through blocked passages. Normally this is done through either sections of cave blocked by boulders from ancient roof collapses or through sediments left from post-Ice Age flooding.

For example, this photo looking upwards to the caver at the top of a dig currently ongoing locally to me, where cavers are removing boulders in the floor of a large room (or chamber) by following a wall downwards and shoring the boulders on remaining sides with scaffolding and boarding: 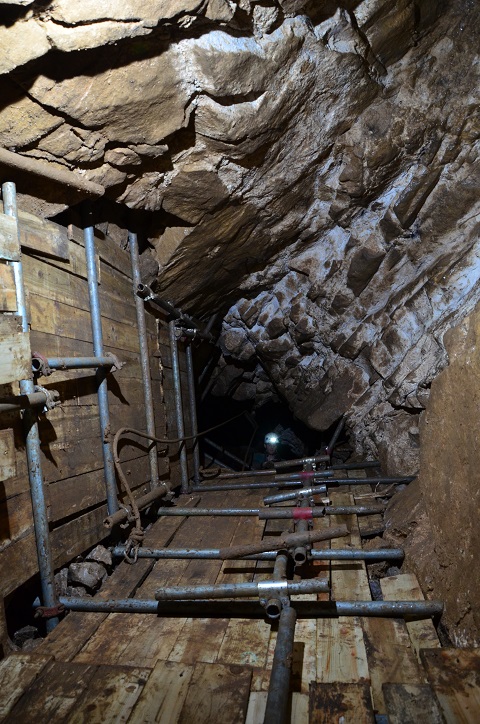 Old records mention ongoing passage somewhere lower down in the room (chamber) and they are hoping to gain access to this.

You are correct in that the problem is movement of the scree rather than dangers of walls or roof collapsing.

Your example would have to be treated as an exercise in removing scree and then somehow preventing the cavity from being re-filled afterwards by more scree. Unfortunately it seems to be a very difficult problem in this case due to the long length of sloping cave passage and the amount of scree involved. I imagine you would need a major engineering project for a permanent solution.

Not the answer you're looking for? Browse other questions tagged caving alpine or ask your own question.

9
What temperatures can I expect in caves compared to surface?
18
Exploring coastal caves safely?